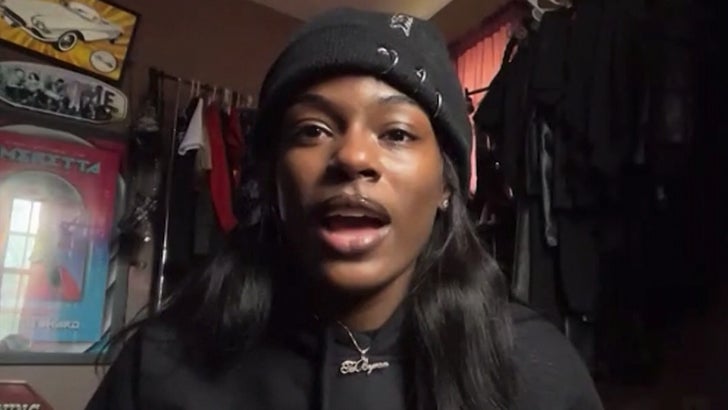 Omeretta The Great claims she was misled by “Love & Hip Hop Atlanta” producers, who focus more on “love” and less on hip-hop … and she says that’s why she’s quitting the show.

Omeretta revealed exactly how things went south with ‘LHHA’ — from her view, at least — on the “It’s Tricky With Raquel Harper” podcast. The rapper says the version of the VH1 show she was pitched would focus on her “rise to the top” — a concept she agreed to right away.

Don’t forget, Cardi B was one of many artists featured in the series before becoming an international superstar — so, Omeretta hoped it could give her career a boost too.

But, she says what ended up airing was far from expected, highlighting drama over her grind in the music biz … something Omeretta openly admits rubbed her the wrong way.

Now, it wasn’t a total loss … in fact, OTG told Raq she did get one big thing out of her time in front of ‘LHHA’ cameras.

It sounds like the show didn’t fight hard to get her to stay, once she told them she was peacin’ out. Watch this clip and you can feel the chill in the air ❄ — Omeretta feels played, and she’s not looking back.

Make sure you follow “It’s Tricky with Raquel Harper” on Apple, Spotify, Google — or wherever you get your pods — so you never miss an episode.