Ozzy Osbourne and Birmingham’s own Black Sabbath frontman delighted fans as he returned to the city tonight to close the Commonwealth Games at the closing ceremony in spectacular fashion. The 73-year-old left fans distracted after the rock legend put on an energetic performance following his recent health scares.

It comes after the musician recently recovered from a major operation back in June.

Also, Ozzy announced he had been diagnosed with Parkinson’s disease two years ago.

The hitmaker took to the stage and performed in his signature eye-catching makeup at the Alexander Stadium in Birmingham to mark the end of the 11-day sporting event. 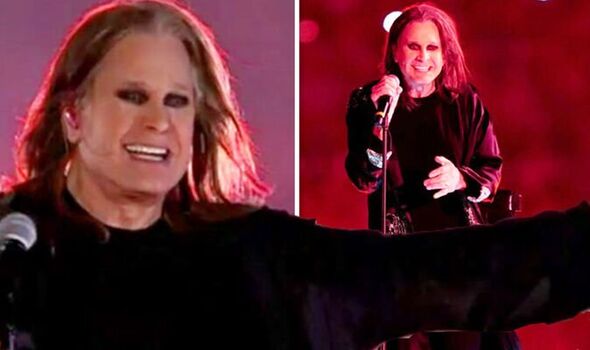 Fans could not help but gush over Ozzy’s sprightly appearance amid his recent health woes.

Taking to Twitter, @SimonJenkins30 tweeted: “Wow. Ozzy at 73 with Parkinson’s and recovering from serious surgery sings and performs better than most others half his age. Brilliant.”

@MattLee remarked: “Great to see Ozzy looking and singing so well after recent health scares. Still holding onto those tickets for next years UK tour.”

@OldManWinter jibed: “Fair play to Ozzy Osbourne. 73 years old with Parkinsons and he still is a better performer than most of those who performed tonight #CommonwealthGames2022 #ClosingCeremony.”

@MrsWills wrote: “LEGEND!!!!!! this is such a surprise, amazing to see you having fun up there.”

@Peter Todd added: “It’s only bloody @OzzyOsbourne! If you’re going to end a Birmingham #CommonwealthGames, you need to end it with the epic Ozzy Osbourne and the team!”