Pamela Anderson is a single woman again, after just 12 days with her fifth husband… well, sort of.

The former Baywatch actress confirmed on Sunday that she was calling it quits with Jon Peters, whom she wed in a ceremony in Malibu not even two full weeks ago. But as it turns out, Jon and Pam never actually filed any legal docs to get married in the first place, so the ‘wedding’ was just for show. Still, it sounds like the breakup was very real.

Speaking to THR about her “uncoupling” from Peters just 12 days after their special ceremony, the one-time Home Improvement actress said (below):

“I have been moved by the warm reception to Jon and my union. We would be very grateful for your support as we take some time apart to re-evaluate what we want from life and from one another. Life is a journey and love is a process. With that universal truth in mind, we have mutually decided to put off the formalization of our marriage certificate and put our faith in the process. Thank you for respecting our privacy.”

Hmmm… so it sounds like they’re not planning on filing anything legally (yet, at least), while taking some time apart after such a recent ceremony. Who knows!

A lot of history here…

The most bizarre part about this isn’t even necessarily the twelve-day quickie marriage… it’s that these two did this after knowing each other for DECADES!

TMZ reports the pair actually dated over 30 years ago, when Pam was still a youngster, and in the time between then and now Peters, a producer, has openly pined for her love while helping her catch big breaks throughout her entertainment career. Both of these two have been married four previous times each, as well, so you’d imagine they know exactly what goes into making a marriage work — for more than two weeks, at least.

Still, it’s somewhat bizarre to us that a couple with decades and decades of history together would throw in the towel on their eventual marriage so soon. But hey, as the TV star herself says, there’s really nothing to do but support them as they figure out what they want from love, and each other. Here’s hoping things work out as they should for Pam and her man moving forward!

What do U think, Perezcious readers?! Are you surprised by this quickie marriage?? Sound OFF with your take about everything in the comments (below)!!! 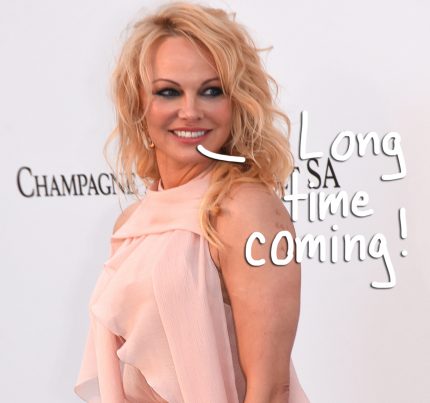 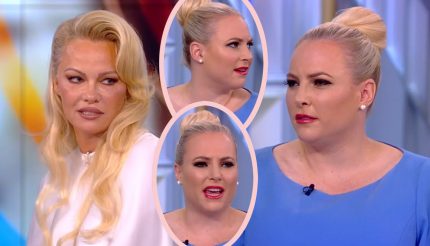 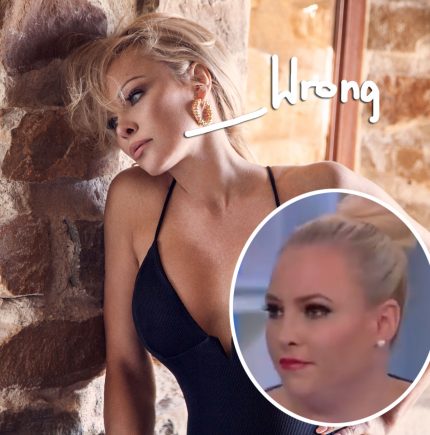