Panic! At the Disco's Brendon Urie Tells Trump to Stop Playing Their Music 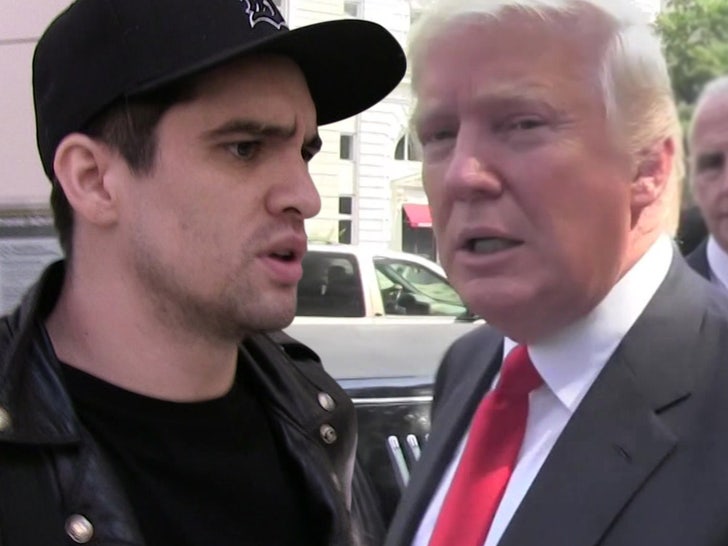 Panic! at the Disco frontman Brendon Urie is not having it after one of his songs was played at President Trump‘s rallies … and he’s telling the campaign to kick rocks.

Brendon went off on the Prez and his campaign after one of his most famous tracks — the 2018 hit “High Hopes” — was used at Trump’s campaign rally Tuesday in Phoenix. Brendon quickly took to Twitter to unleash on the campaign before lashing out at Trump personally … labeling him a “monster” who “represents nothing we stand for.” 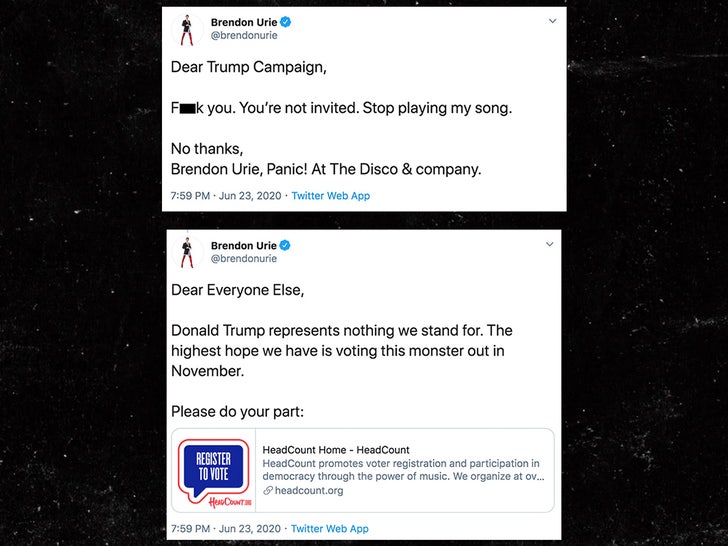 In a follow-up tweet … Brendon added a link to the nonpartisan org HeadCount, which uses “the power of music to register voters and promote participation in democracy.” The org’s mission is to reach young people and music fans and inform them and empower them.

The song was also famously used by Mayor Pete Buttigieg during his run for president. BTW, this isn’t the first time Brendon’s spoken out against Trump. Back in 2018, Brendon didn’t mince words when he told a British magazine Trump is “a f***ing asshole” who is “encroaching on people’s rights.”

The family released a statement, saying, “Trump was in no way authorized to use this song to further a campaign that leaves too many Americans and common sense behind.” The statement went on to say, “Both the late Tom Petty and his family firmly stand against racism and discrimination of any kind. Tom Petty would never want a song of his used for a campaign of hate. He liked to bring people together.”