Paris Hilton’s mother, Kathy Hilton, has finally watched the documentary in which her daughter details the abuse she says she suffered as a teen at Provo Canyon School, and the trauma she’s been dealing with ever since. “It put me in such a depression,” Kathy admitted to Andy Cohen on his SiriusXM radio show on Jan. 5, according to Page Six. Kathy explained that she had not watched “This Is Paris” until after Paris spoke on Capitol Hill about what she called “the troubled teen industry.” Kathy went with Paris for the trip, she said, but “wasn’t ready” to see the film. She changed her tune after their return from Washington, D.C. “We held hands for an hour watching this thing, and just the energy that I was feeling from her and how relieved and happy that she was that I was watching,” Kathy recalled. In “This Is Paris,” the socialite alleges that students were physically and emotionally abused in various ways, from being put in solitary confinement to allegedly being hit or strangled. “From the moment I woke up until I went to bed, it was all day screaming in my face, yelling at me, continuous torture,” Paris says at one point. On Andy’s show, Kathy pointed out she and her husband were “trying to help our daughter” when they enrolled her in the school. “She was sneaking out and sometimes didn’t come back home for three days, not going to school,” at the time, Kathy said.

Seven years after they said “I do,” Cameron Diaz and Benji Madden are clearly as much in love as they ever were. The couple celebrated their wedding anniversary on Jan. 5 with a pair of adorable messages for one another. “Today 7 years married ❤️ Always dreamed of having a family like this,” wrote Benji, 42. “Happy, peaceful, consistent, loyal and unconditional equally filled with passion and depth. Calling it a Honeymoon doesn’t cover it,” he continued. “Real life. The only real challenge we have is making time go slower cause life goes by fast in the happy lane, Always and forever knowing we are home @camerondiaz Happy Anniversary I love you!❤️❤️❤️” Cameron, 49, replied with an equally smitten note for her rocker husband in the comments. “I ✨❤️✨YOU MORE AND MORE EVERYDAY. Happy, peaceful, consistent, loyal and unconditional. Passionate and deep = OUR LOVE,” she wrote. “LOVE YOU FOREVER AND ALWAYS ✨❤️✨.” Cameron and Benji share one child together, daughter Raddix, who turned 2 in December. Just weeks after they got hitched back in 2015, the cute pair turned up courtside at a Los Angeles Lakers game, where the newlyweds were photographed, snuggling, giggling and downing a couple of beers together.

RELATED: See which stars had babies in 2021

From Olympic figure skater to gold medal mom! Michelle Kwan, who won the silver in the 1998 Olympics and a bronze four years later, surprised her Instagram followers on Jan. 5 when she shared a photo of a sweet, sleepy newborn baby. “I’m overjoyed and tears of happiness are streaming down my face as I share the news of the arrival of Kalista Belle Kwan!” she wrote alongside the sweet shot. “I’ve always wanted to be a mom and, to me, she’s a perfect miracle. I had a hard time picturing what she might look like yet it seems like she’s been in my life forever.” Michelle, 41, went on to acknowledge she had a “challenging journey to motherhood (not to mention a very long labor!!!)” but is now “glad I never gave up.” Thanking all who supported her on her path to parenthood, Michelle shouted out, “… my fertility doctor, doctors and nurses who looked after me, friends that shared their stories, and of course, my family & my ❤️ who I could not live without.” After directing users to “a quick montage of the last 9 months” since she kept her pregnancy news to herself, Michelle closed with a word of love to “the [moms] out there” and encouragement to prospective mothers. “I wish anyone trying to conceive in any which way (ivf, iui, surrogacy, adoption and naturally) all the success and love,” she wrote. “You’re not alone on this path and I’m pulling for you 🙏🏼.” Michelle was married to Clay Pell from 2013 until 2017. Since retiring from skating, she’s gone back to school for a master’s degree in foreign policy. She also worked with Hillary Clinton’s 2016 campaign, according to Wikipedia.

RELATED: Celebs at the Olympics through the years

Leonardo DiCaprio now has a tropical tree named in his honor

Leonardo DiCaprio is now the namesake his very own tropical plant. The newly christened Uvariopsis dicaprio was recently discovered in Cameroon’s Ebo Forest, a region Leo helped protect from destruction when the local government wanted to allow loggers into the biodiverse sphere, which is full of plants and animals that could soon become extinct. “We think he was crucial in helping to stop the logging of the Ebo Forest,” Dr. Martin Cheek, a scientist at the Royal Botanic Gardens of Kew, tells BBC News. After science experts implored the government not to allow logging in the region, Leo caught wind of the issue and began campaigning to save the rainforest through social media and his network of conservation organizations. Soon after that, the open logging order was reportedly nixed. The BBC describes the area as “one of the largest relatively untouched rainforests in Central Africa,” noting that it “is home to the Banen people and an array of unique flora and fauna, including threatened gorillas, chimps and forest elephants.” Dr. Cheek says it’s hard to protect species that have yet to be given their own scientific names — that’s where Leo’s monicker comes in. Per the BBC, the Uvariopsis dicaprio is a small, tropical evergreen with yellow flowers that’s “critically endangered,” though hopefully not for much longer.

In the wake of the “Rust” shooting that left Halyna Hutchins dead, Joel Souza injured and Alec Baldwin traumatized, The Hollywood Reporter asked three stars for their thoughts on gun safety in the film industry and whether the weapons should be on sets to begin with. While Andrew Garfield simply said “if it can be avoided, avoid it,” Peter Dinklage pointed out that guns “can be avoided,” yet “we’ve all held guns in movies, probably,” because sometimes that’s what the character does. Nicolas Cage, meanwhile, argued that because guns are in movies, it’s the job of a movie star to know how to safely handle them. “I don’t want to cast blame anywhere,” he began. “But I do think, and I’m not talking about anybody, but people don’t like the word movie star. We want to be humble actors. But a movie star is a bit of a different kind of presentation because you need to know how to ride a horse,” he continued. “You need to know how to fight. You’re going to do fight scenes. You need to know how to ride a motorcycle. You need to know how to use a stick shift and drive sports cars, and you do need to know how to use a gun. You do. You need to take the time to know what the procedure is. Those are part of the job profiles.” He added, “Every stunt man needs to be a movie star, and every movie star needs to be a stunt man. That’s just part of the profile, and that’s all I’m going to say about it.” 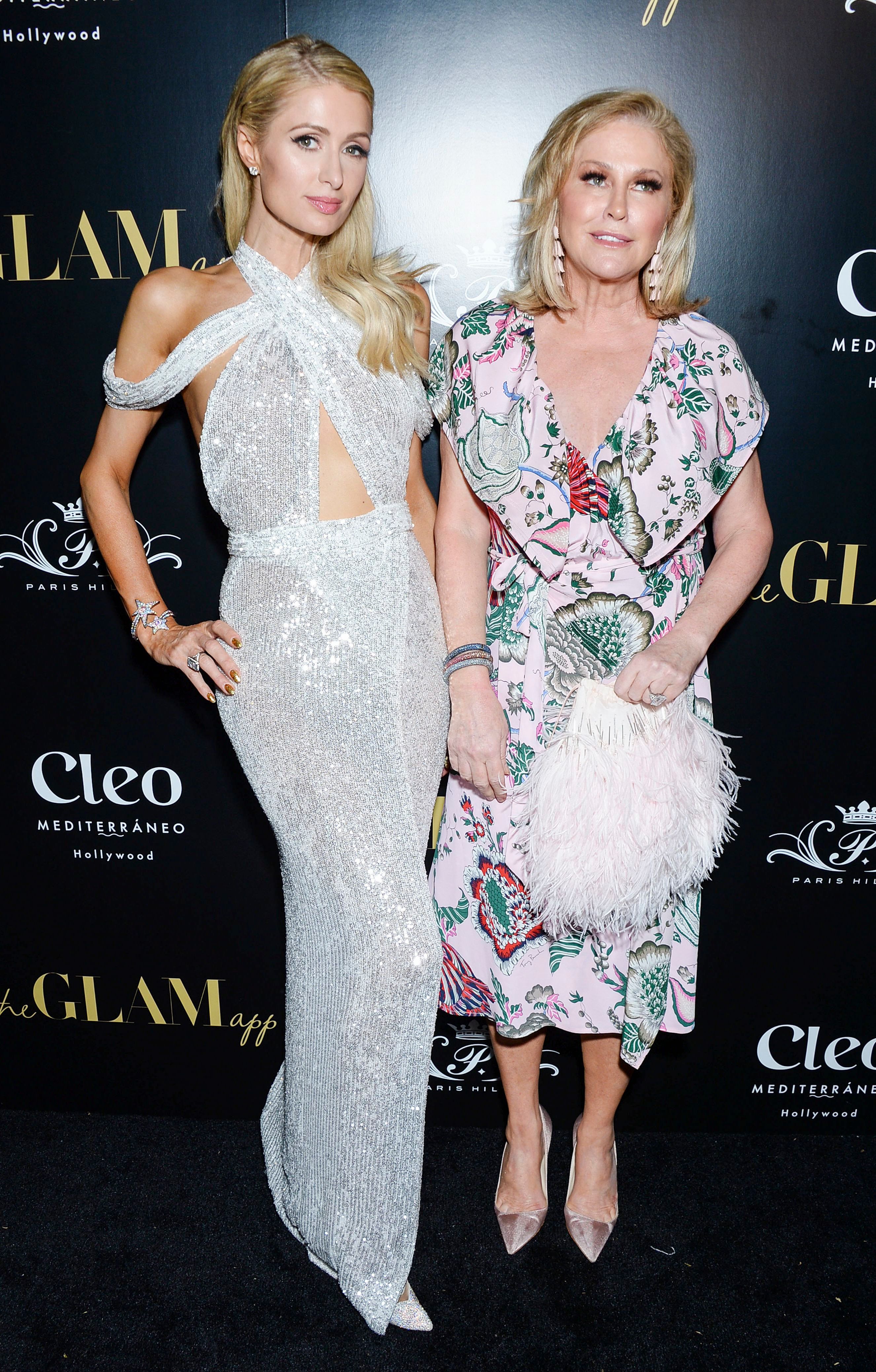 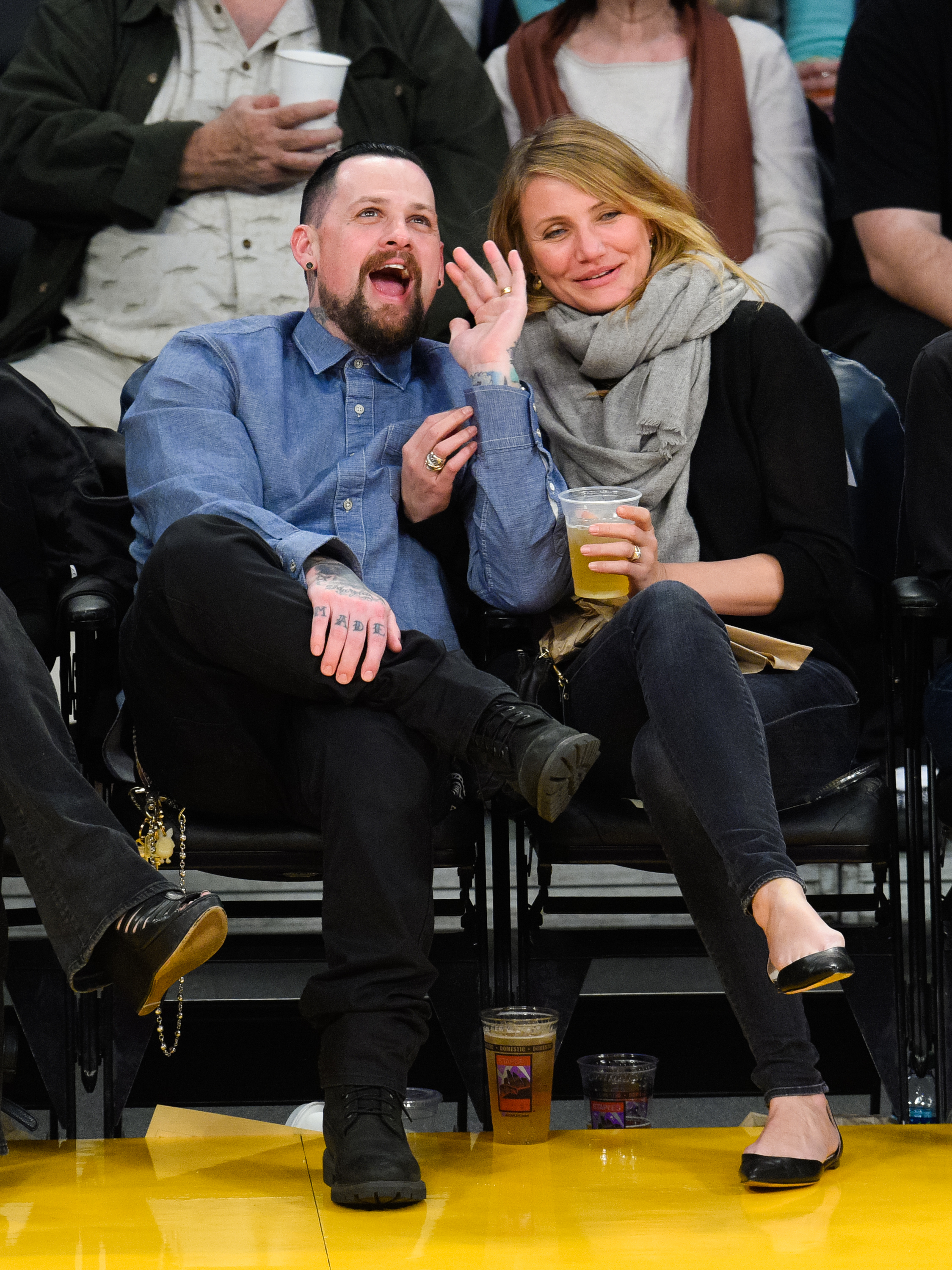 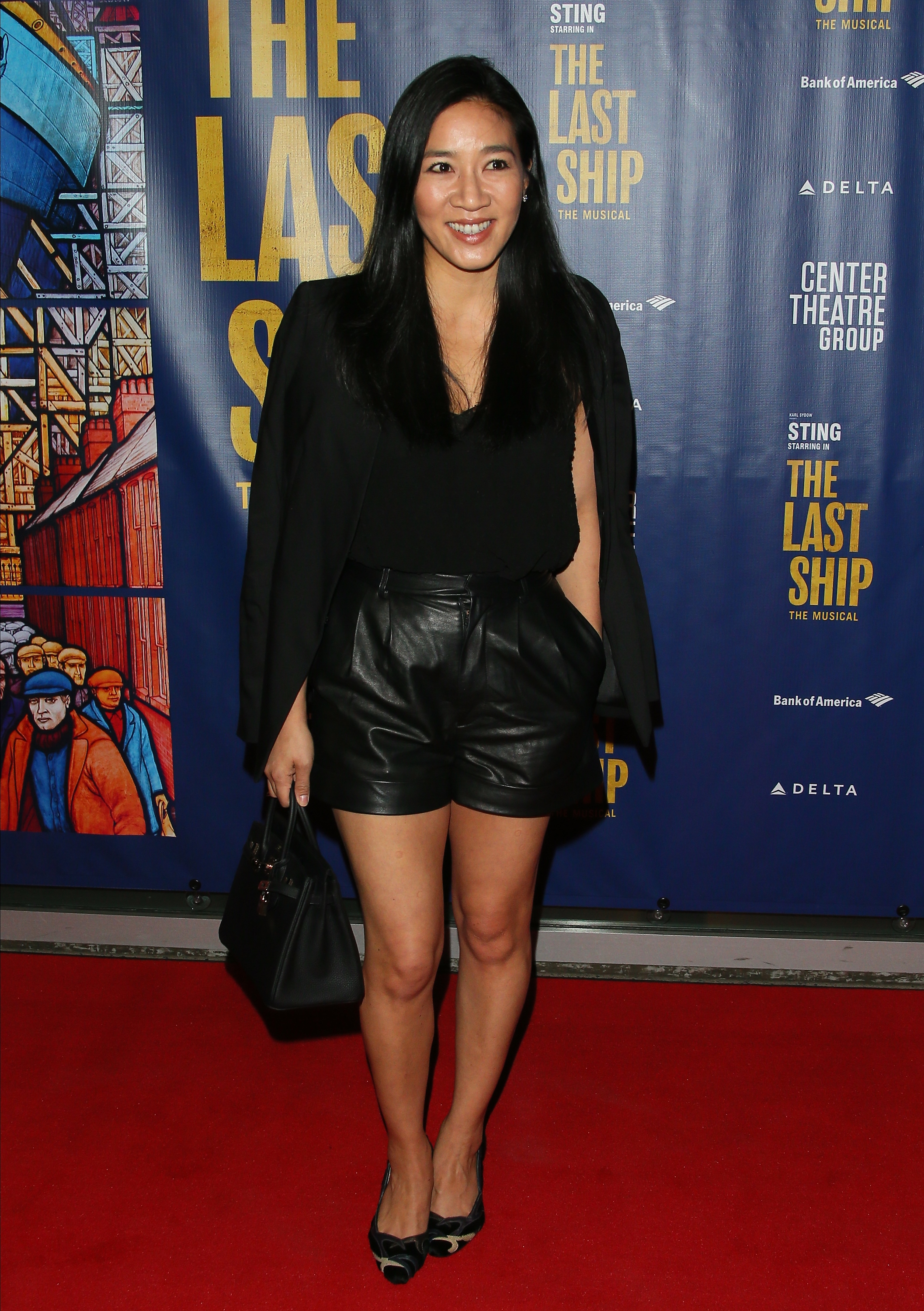 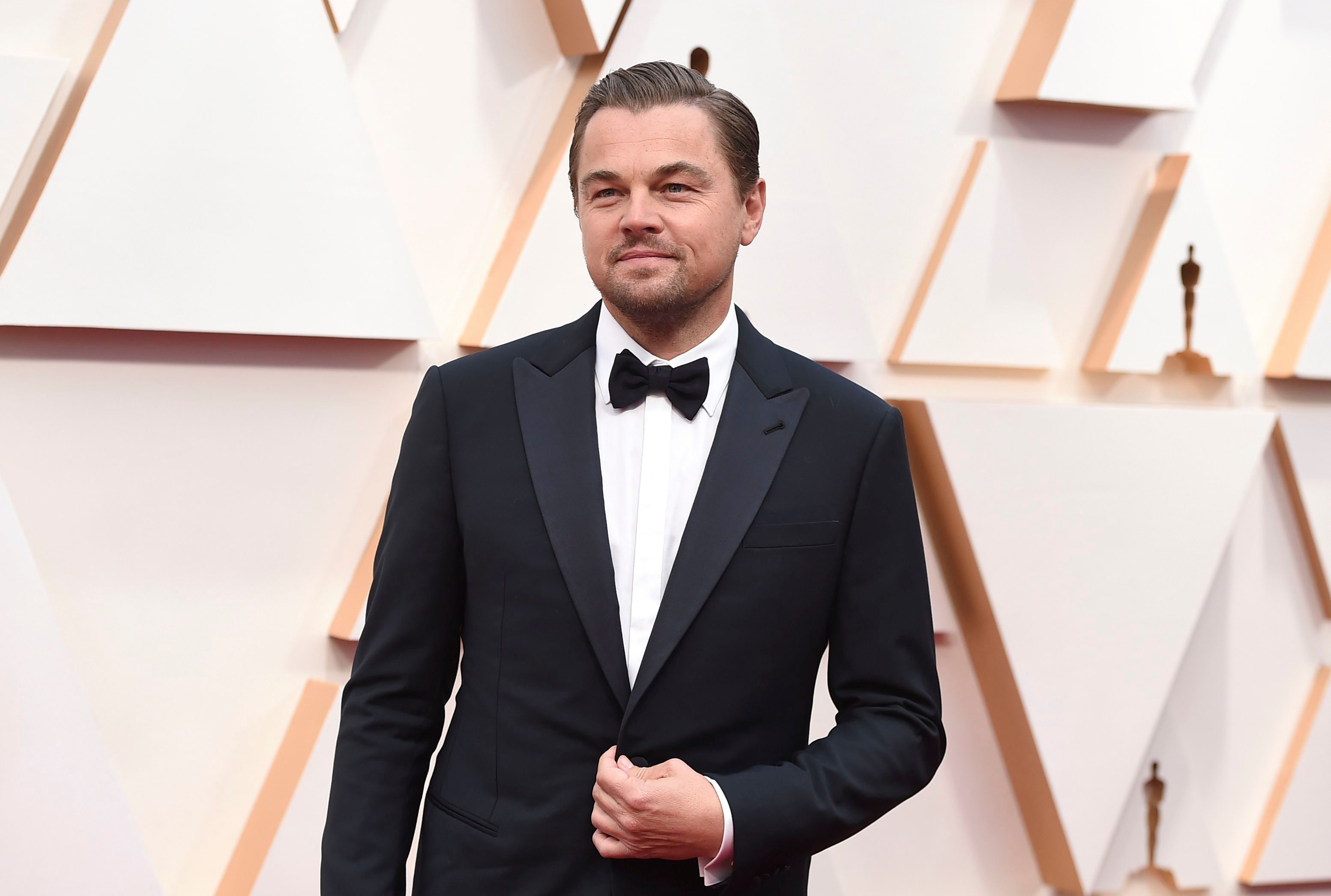 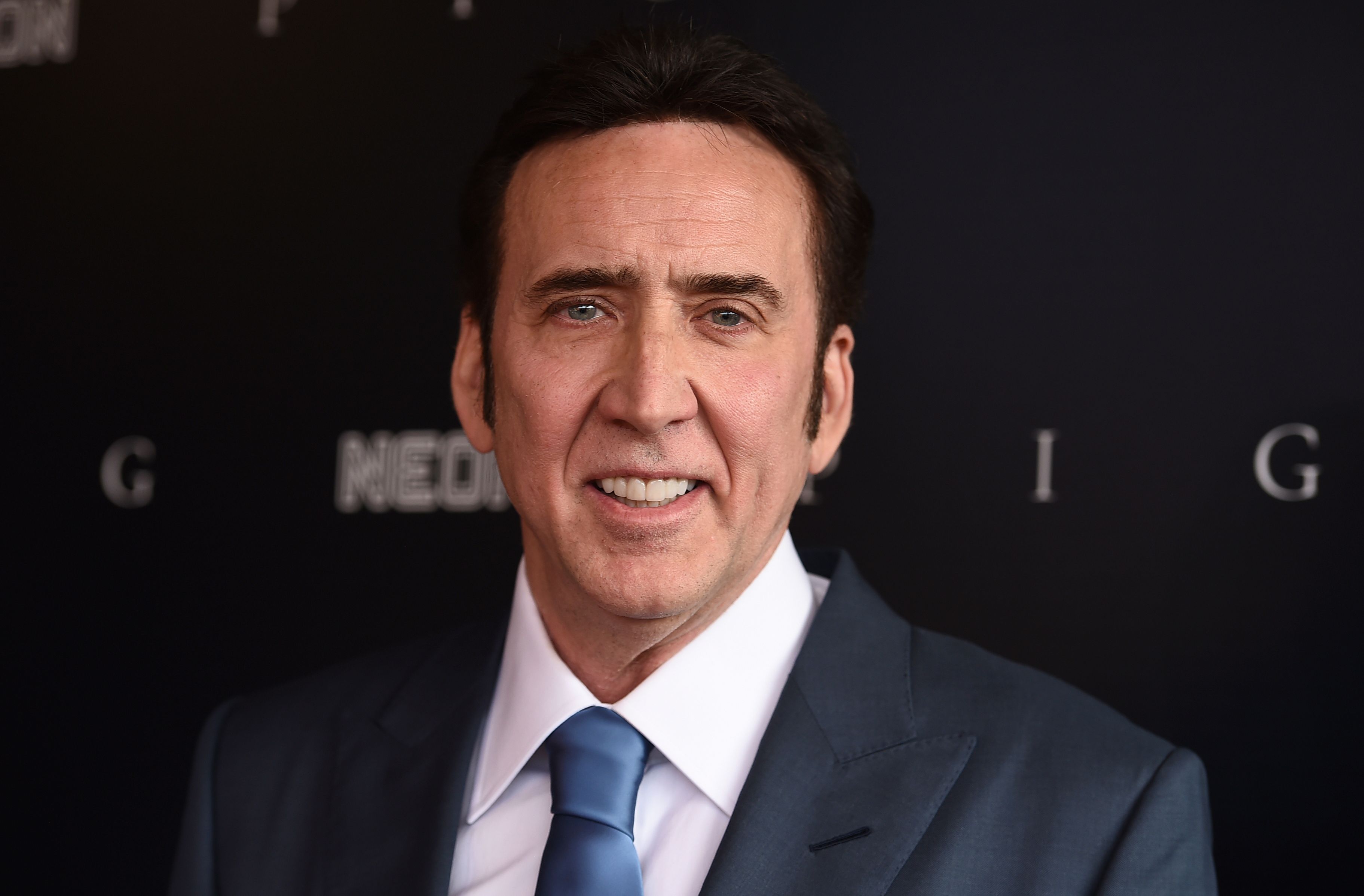 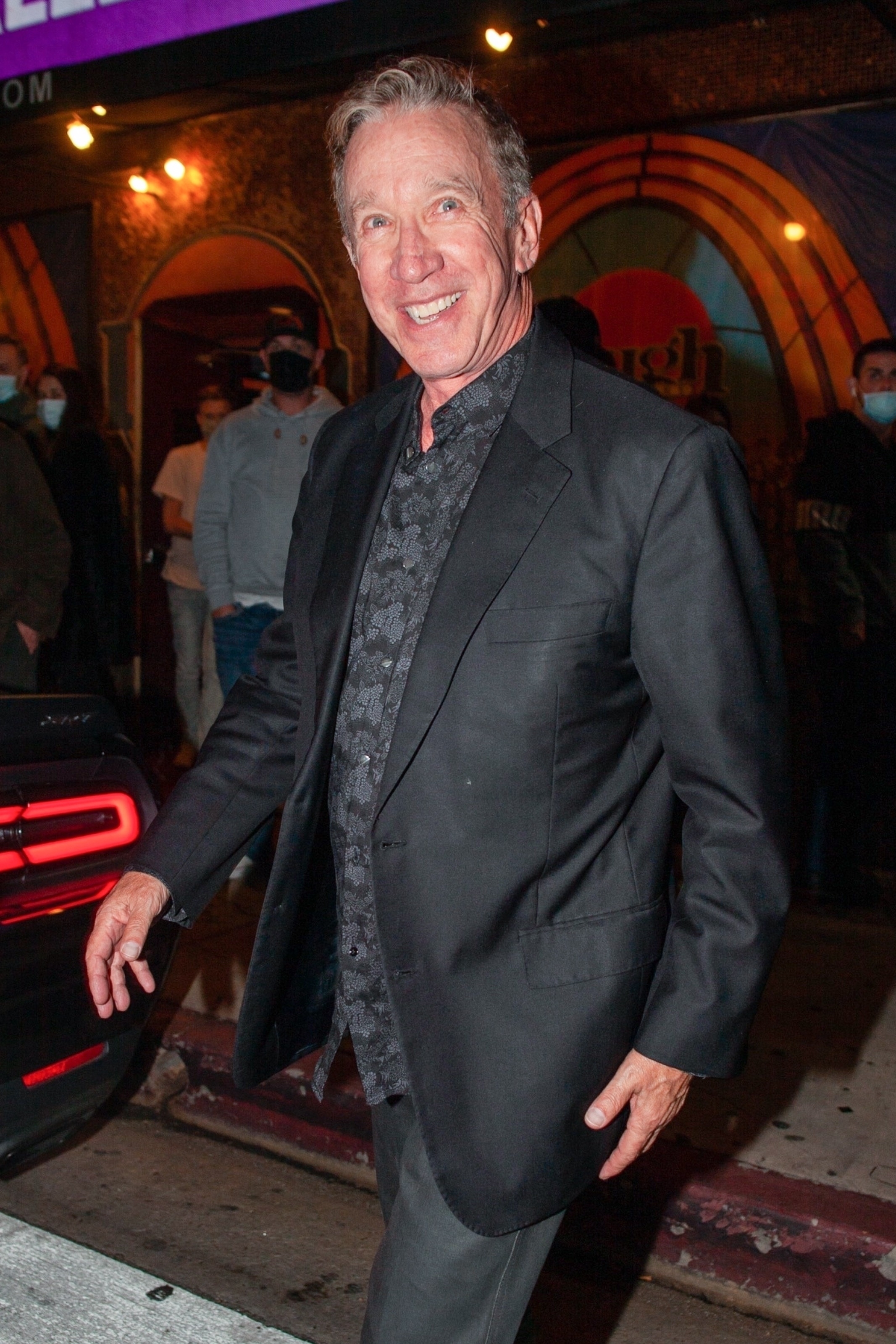