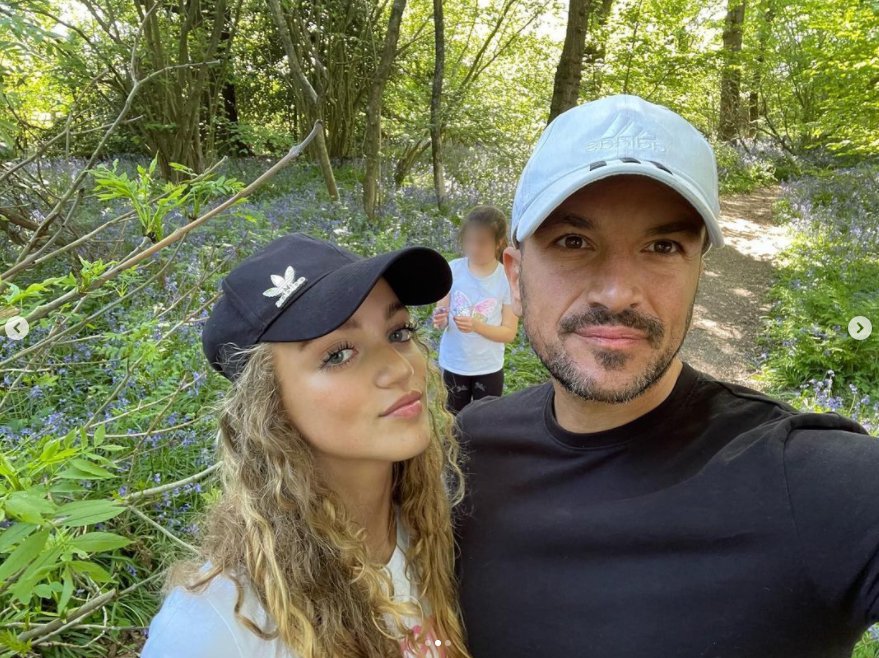 Peter Andre has shared his fears his daughter Princess, 15, is growing up a little too quickly.

It comes after the teen recently hit back at criticism of her make-up, having no time for snarky remarks over her glam.

Now dad Peter – who shares Princess and son Junior, 17, with ex-wife Katie Price – has conceded she’s ‘growing up way too fast’ as they walked the red carpet of a swanky bash recently.

Still, speaking to press at the Caudwell Children Butterfly Ball with his daughter, as well as Junior and wife Emily, the 49-year-old added to the Daily Star events like this are a rare exception, noting: ‘This is an important one, it’s like Pride of Britain’s important and Caudwell Children’s important…’

Recently followers were divided after Princess shared a snap of her wearing a ballgown with a full face of make-up, including a smokey eye, taken at her aunt Sophie’s wedding.

After reading the critiques, Princess wrote: ‘All these comments about makeup. It was a wedding. But I do appreciate the people being nice.’

Reflecting on his kids getting older, Peter told The Sun: ‘It’s hard because you’re so strict as a parent, but as time goes on you start letting the reigns go a little bit.

‘You don’t want to let them go too much too quick.’

The family turned heads at the swish bash, with Pete, cutting a dapper figure alongside Princess, who wore a scarlet red dress that complemented her step-mum Emily’s own deep red gown, as budding singer Junior sported a black trouser suit with a red tie.

Taking his eldest children along to the glam showbiz event is par for the course for Peter, who is clearly fully on board with his kids following in his celebrity footsteps.

He’s recently shown his support for Junior’s music career, which has so far gone well, with his debut single Slide recently shooting up the iTunes singles chart.

And he’s also backing his daughter Princess to enter the showbiz realm, although he’s not best pleased with her dream of entering the Love Island villa in a few years’ time.

Speaking to Metro.co.uk at the Butterfly Ball, he joked: ‘I guess I’m now only going to be known as ‘Princess’s dad.

Asked about his recent Instagram post in which he told Princess she wasn’t allowed to appear on Love Island – on which another celebrity offspring, Gemma Owen, 19, the daughter of former England footballer Michael Owen currently appears – he replied: ‘I always say I’d love her to present the show.

‘It’s a great show to watch – just not sure I’d want my daughter on it, that’s all.’

Peter, who shares his younger children, Amelia, eight, and Theo, six, with second wife Emily, continued: ‘I give her grief about it all the time.