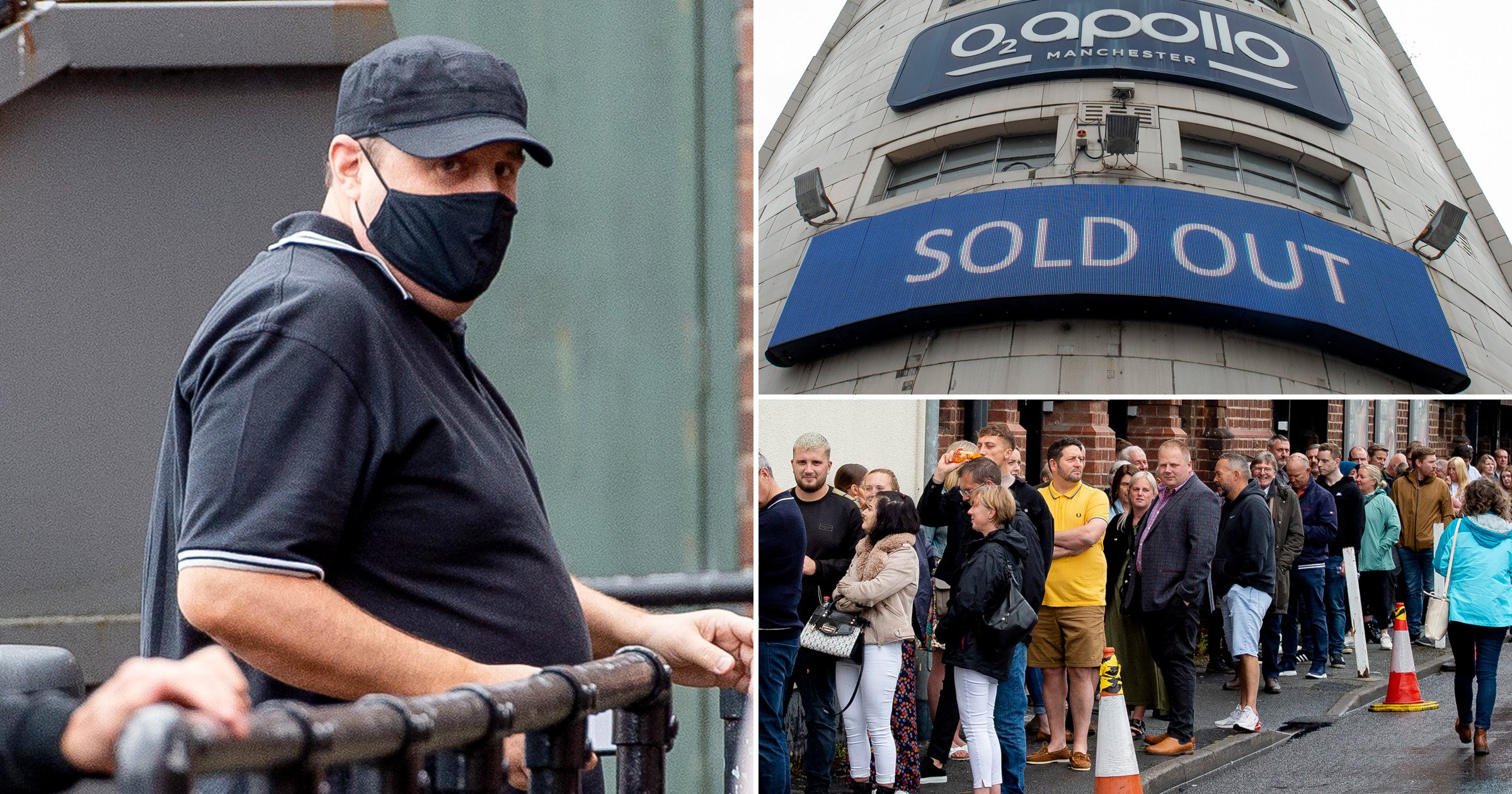 Peter Kay received a standing ovation as he made a long-anticipated return to the stage, after three years out of the public eye.

The comedian appeared at a charity gig at Manchester’s O2 Apollo today, with a Q&A session in the afternoon and another one taking place in the evening.

Tickets sold out in less than half an hour, as many delightedly nabbed passes to the shows, which are being held to fundraise for student Laura Nuttall’s aggressive cancer treatment.

PA states fans were on their feet to receive the Car Share star as he appeared on stage for the first of two live Q&As.

Surprised by the reaction, he told the crowd: ‘I’ve never in my life had a standing ovation when I came on.

‘I’m going to go away for four more years.’

At the matinee performance, Peter stated he was ‘nervous’ to make a return to the spotlight after so many years away.

‘I was a bit nervous this morning, when I got here,’ he continued.

‘I was looking at all this and thinking, “oh my God” but it’s really nice to be doing this.

The star was seen making his way into the venue ahead of the gig, donning a black T-shirt and shorts for the day, with excited fans who were lucky enough to land tickets could be seen queuing up along the streets of Manchester.

Peter cancelled his last tour in December 2017, citing ‘unforeseen family circumstances’, and has kept things low key ever since.

However, he has made a brief return in support of university student Laura, who was first diagnosed with an aggressive type of brain cancer called glioblastoma multiforme in 2018.

The 21-year-old was diagnosed with brain cancer in autumn 2018 when she was just 18, and was given 18 months to live.

She was told by doctors in March that her tumour was starting to grow again, and needs to have expensive treatments in Germany as her treatment is not available on the NHS.

Peter was on hand to generously help with her mission for funding and awareness, something she revealed is an ‘honour’.

Speaking to Metro.co.uk about his help, she told us: ‘He’s such a nice person, he’s an absolute gentleman and he just wants to help everyone anyway he can.

‘Honestly, anything you’ve heard about him doesn’t do him justice. He’s such a nice man and I feel so honoured he’s going to do this, his first performance in years, for me.’

Explaining how the star got involved, Laura said he first became aware of her cancer battle after seeing a BBC News segment – where she unveiled her bucket list.

‘I think I was in shock really that someone would do this for me,’ she added. ‘I don’t feel worthy.’