Piers Morgan, 56, took to Twitter and shared a heartfelt video of Queen Elizabeth II in her coffin as the late monarch begins the journey to be buried in her final resting place. Draped with the Royal Standard of Scotland and featuring a wreath of flowers on top, the oak coffin is travelling from the royal castle to the Palace of Holyroodhouse, as Princess Anne followed the procession.

As the hearse left the Balmoral estate, members of the public lined the road as they silently paid their respects to Queen Elizabeth II.

In the solemn video, shared by Piers, a procession of cars could be seen leaving the Scottish residence as Her Majesty bids her final farewell.

Taking to the micro-blogging site today, the Uncensored host shared his reaction as he admittedly shed a tear. 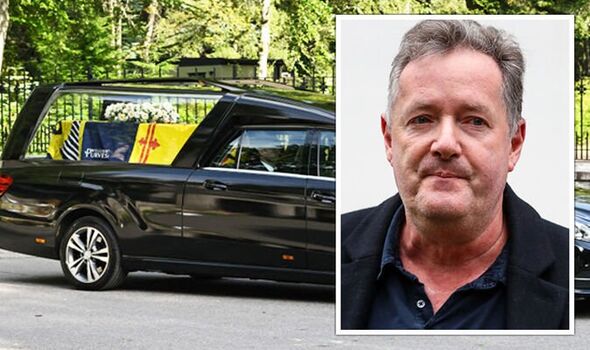 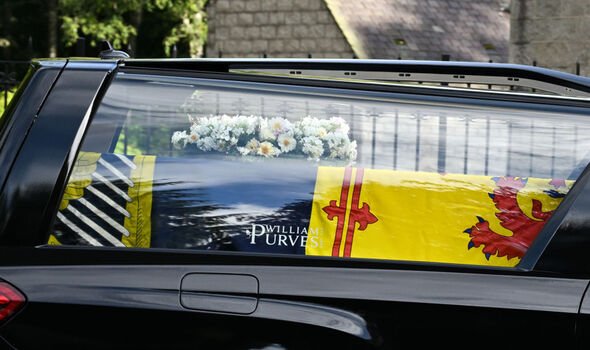 In view of his 7.9 million followers, Piers shared an image of a crying-face emoji.

The broadcaster was swiftly inundated with messages from the public, who too were overcome with emotion.

@jb_31 voiceofvision penned: “This is making this so real It’s like a nasty dream that you cannot wake up from, I wish they had said Queen Elizabeth II body leaves balmoral not coffin on her last journey. God bless  ELIZABETH THE GREAT and RIP.”(sic) 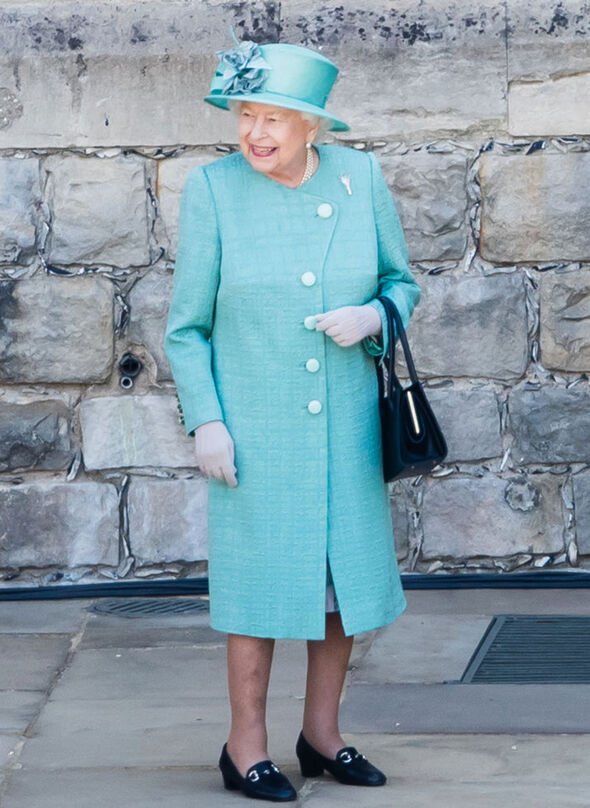 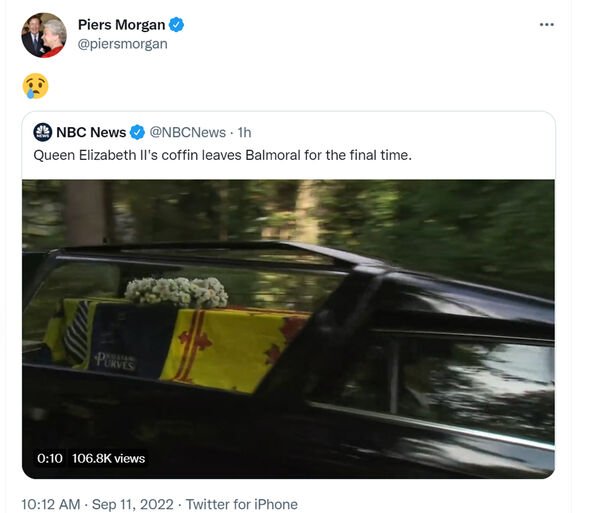 @Amypicot tweeted: “To our beautiful and respected Queen may you finally rest! You served us well and worked harder than most! We love you. Go be with Philip your job is done.”

Her Majesty’s final journey began from her home in the Scottish Highlands to Edinburgh on Sunday.

Crowds lined the roads to pay tribute to the Queen in the first of a series of solemn events leading to Her Majesty’s funeral on Monday, September 19.

Following the Queen’s death on Thursday, the coffin had remained at rest in the Balmoral ballroom to give estate workers there the chance to say goodbye for the last time.

At 10am, Queen Elizabeth’s oak coffin, covered by the royal standard of Scotland and a wreath of flowers, was carried by six Balmoral game keepers and placed in the hearse.

A short time later, the hearse emerged from the gates of the castle, heading to the Scottish capital.

Nicola Sturgeon, the country’s first minister, said the “poignant” journey would give people in Scotland the chance to come together to “mark our country’s shared loss”.

After arriving at the Palace of Holyroodhouse, it will be moved to St Giles’ Cathedral where it will lie for 24 hours so the public can pay their respects.

Princess Anne will fly to London with her mother’s body on Tuesday.