Michael Sheen has done it again, delivering yet another wildly rousing speech as he paid the Wales squad a pre-World Cup visit.

Acting as hypeman for the country’s team is evidently a worthy side hustle for the Good Omens star, after he was asked on A League of Their Own earlier this month how he would give a pep talk to the Wales team at the World Cup in Qatar.

His spirited oration left fellow panellists Jamie Redknapp, Micah Richards and England goalkeeper Aaron Ramsdale stunned, and seeing as the video went viral on social media, we, too were evidently all stopped in our tracks, with some viewers declaring Sheen’s ode to his team ‘worthy of an Oscar’.

That cup of Welsh sugar appears to be runneth over, as, after Olympic gold medallist Michael Johnson hailed Sheen’s performance as ‘awesome’ and Match of the Day host Gary Lineker said it had given him ‘goosebumps’, Wales manager Robert Page wanted more, more, more and revealed the players had messaged him immediately after the show to ask Sheen to come into camp and address them.

Port Talbot-raised Sheen did just that and paid the Wales squad a visit at their Vale of Glamorgan camp this week, where they were based for Nations League games against Belgium and Poland, and customised his TV speech to an enthralled audience. 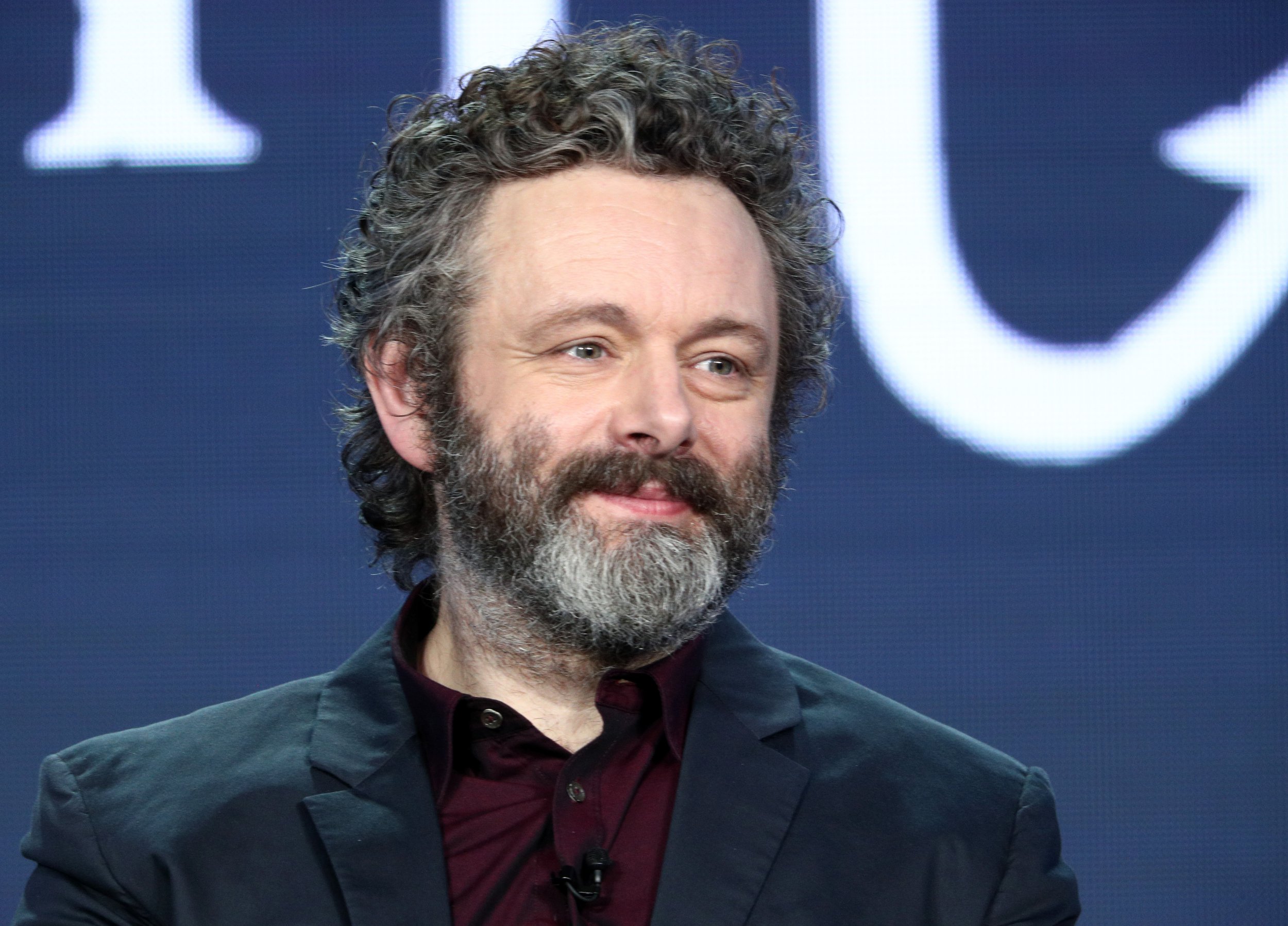 The actor, known for his starring roles in The Damned United and Frost/Nixon, was first presented with a signed Wales shirt bearing his name, and a bottle of Welsh whisky by captain Gareth Bale to really get him in the mood, before launching into another impassioned speech for the country.

‘A victory song that floats through the valleys, like a red mist,’ Sheen declared to his captivated crew, ‘Rolls over the mountain tops, like crimson thunder, A red storm is coming to the gates of Qatar.’

His whimsical speech continued: ‘Hear their blood drumming in your ears, Pounding through your heart, Bursting through your chest, That’s the blood of Wales, your blood, red as the ancient book of dreams.’

Following his speech, in which he urged the players to sense ‘every man, woman and child in this old land’ standing with them for the national anthem at their World Cup opener against the United States on November 21, Sheen joked that he was ‘still available’ to travel to Qatar.

Sheen previously declared in his TV speech that Wales ‘haven’t waited 64 years and come half way around the world to be troubled by a neighbour from back home’.

Wales manager Page reacted to the OG speech by saying he hoped to invite Sheen to the World Cup in November.

He had said: ‘I well up every time I watch it. When I watched it, wow, (I was) very emotional.

‘Personally I want to thank him for doing that. I want to let him know that I appreciate what he’s done there.

‘Because we’re on the map, but he’s taken it to another level for us.’

Page added: ‘When you’ve got the passion to do that, we’ve got to use it to our benefit, absolutely.’