Prince Louis and Princess Charlotte revealed their close bond during the Sandringham walkabout on Christmas Day.

In a sweet clip shared to Twitter, little Louis, four, was captured running over to his seven-year-old sister with a delightful bouquet of fresh flowers. As he hurtled towards his sibling, the young royal enthusiastically called out Charlotte’s name.

WATCH: Prince Louis runs over to Princess Charlotte with a bunch of flowers

His touching gesture delighted onlookers, with many royal fans cooing in unison as Louis handed over the pretty flowers.

MORE: The Queen’s gift for great-grandchildren George, Charlotte and Louis is a stunning heirloom

Christmas Day marked a milestone for Louis as the royal took part in his first Sandringham walkabout alongside his elder siblings and his parents, Prince William and Princess Kate. 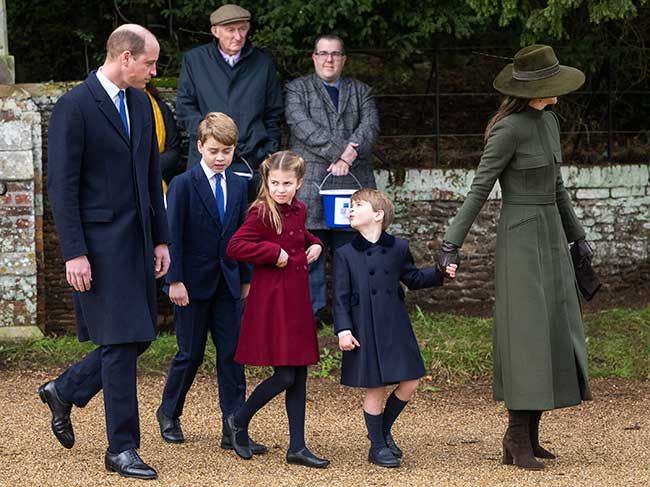 The royals attended the church service at St Mary Magdalene

Louis looked particularly smart for his walkabout debut in a navy woollen coat, burgundy corduroy shorts and a pair of leather loafers. Princess Charlotte, meanwhile, recycled her gorgeous cranberry coat which she first wore to Kate’s carol concert. She teamed the festive number with a matching ribbon in her hair.

Ever the style queen, Princess Kate stole the show in a stunning khaki ensemble featuring a statement Philip Treacy hat and high-heeled boots, along with a forest green military style coat by Alexander McQueen. 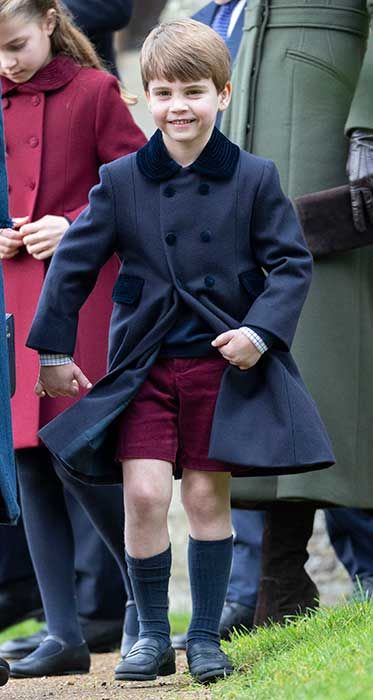 Exuding sophistication, the mum-of-three teamed her green outfit with a pair of stunning gold earrings from Parisian brand, Sézane.

In terms of hair and makeup, the royal styled her brunette tresses in loose waves beneath her hat and opted for a flawless complexion featuring bronzed, dewy skin, a pop of pink blush and lashings of mascara.

Marking their first Christmas without the late Queen, Prince William and Princess Kate were among the senior members of the royal family to join King Charles and Queen Consort Camilla at their Norfolk residence. 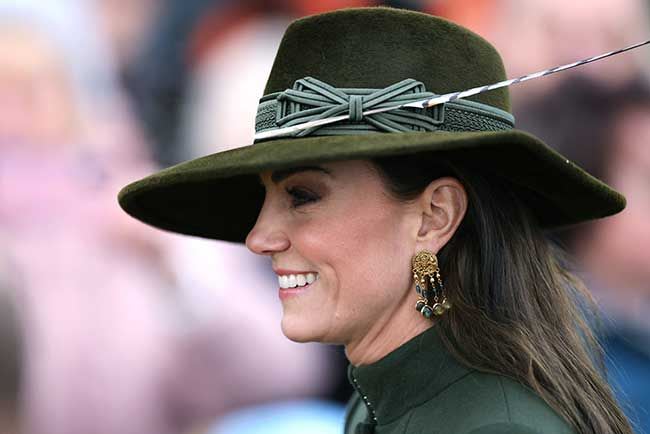 The royals are residing at their private Norfolk estate, where Queen Elizabeth II traditionally hosted her family over the festive period. The royal tradition began in 1988 when Windsor Castle was being rewired, and one of the highlights has always been the Christmas Day walkabout before the church service.

Traditionally, children only attended the service when they were a little older. Prince William was aged five and Prince Harry was aged seven when they first went. However, Prince William and Kate took Princess Charlotte along when she was a toddler.

Make sure you never miss a ROYAL story! Sign up to our newsletter to get all of our celebrity, royal and lifestyle news delivered directly to your inbox.