A true bond. Although Prince Harry’s relationship with his family has been strained recently, his grandfather Prince Philip loved him very much.

“[Philip] and Harry had a very close relationship,” a source exclusively reveals in the newest issue of Us Weekly. “Whilst they may not have been able to communicate during the final year or so of his life, Philip thought extremely fondly of his grandson and vice versa.”

The Duke of Edinburgh passed away at age 99 on Friday, April 9. Following his grandfather’s death, Harry, 36, flew to England to attend the funeral, which will take place on Saturday, April 17. The Duke of Sussex has not been back to the U.K. since he and his wife, Meghan Markle, moved to America with their 23-month-old son, Archie, after stepping back from their royal duties in 2020. 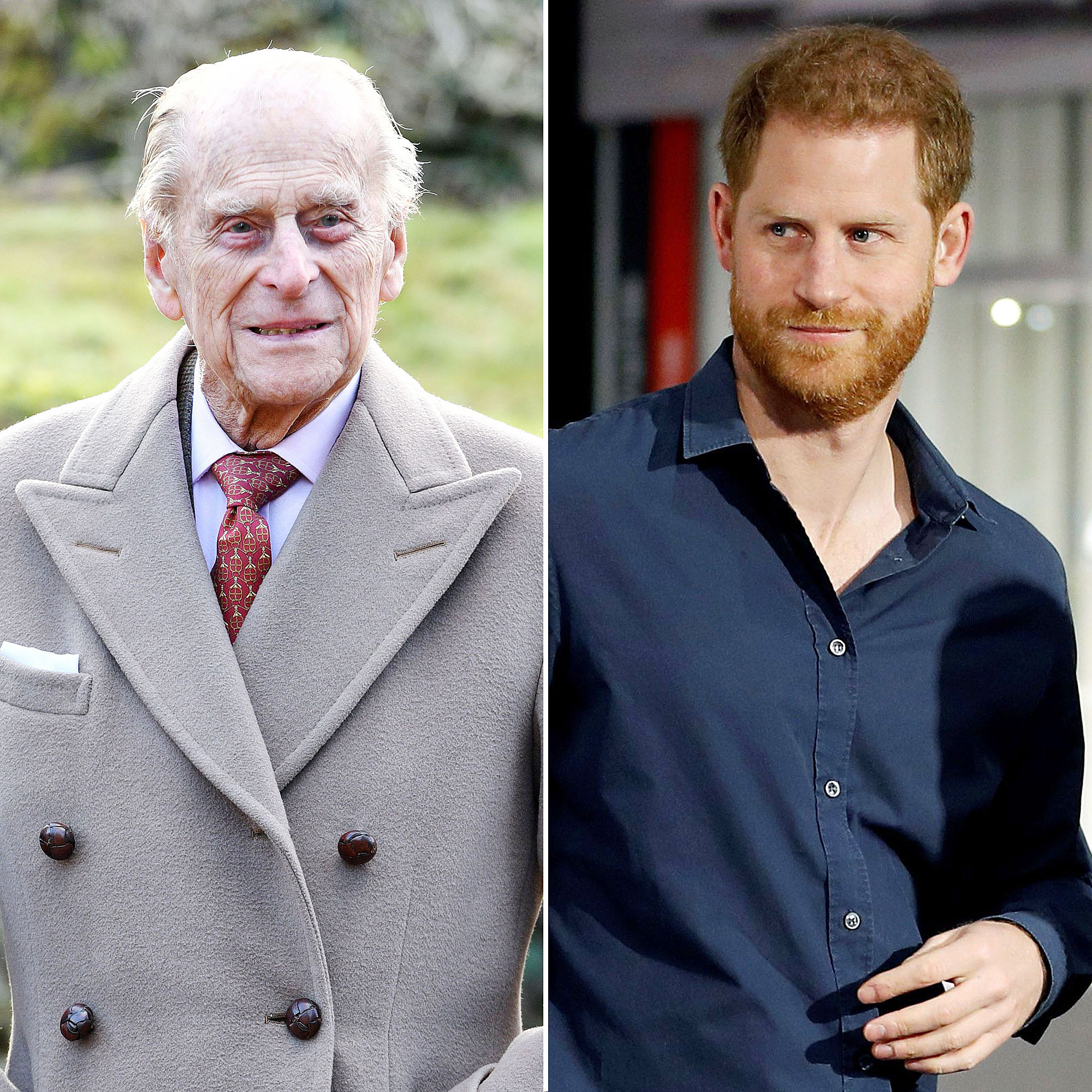 The former actress, 39, is currently pregnant with the pair’s second child, a baby girl, who will be Philip’s 11th great-grandchild. Due to her physician’s orders, Meghan did not join her husband on his trip across the pond.

Shortly after their leave of absence from royal duties was made permanent earlier this year, Meghan and Harry sat down for a tell-all interview on CBS, which aired on March 7.

When Did It All Change? Every Revelation From Meghan and Harry’s Interview

During the sit-down, they spoke about the unequal treatment they’d received at the hands of The Firm. Buckingham Palace responded to their allegations days later.

“The whole family is saddened to learn the full extent of how challenging the last few years have been for Harry and Meghan,” the statement, which was issued to Us on March 9, read in part. “Harry, Meghan and Archie will always be much loved family members.”

Following his grandfather’s death, a second source told Us exclusively that Harry was sad he wasn’t around for Philip’s final days.

“Harry feels guilty for not being there to say goodbye to Prince Philip in person,” the insider said.

After learning the news of Philip’s passing, the Duke and Duchess of Sussex posted a short tribute to the Archewell charity’s website. Days later, Harry shared a more thorough message about his love for the patriarch.

Prince Philip Through the Years: The Duke of Edinburgh’s Life in Photos

“My grandfather was a man of service, honour and great humour. He was authentically himself, with a seriously sharp wit, and could hold the attention of any room due to his charm — and also because you never knew what he might say next,” he wrote in a statement obtained by Us. “He will be remembered as the longest reigning consort to the Monarch, a decorated serviceman, a Prince and a Duke. But to me, like many of you who have lost a loved one or grandparent over the pain of this past year, he was my grandpa: master of the barbecue, legend of banter, and cheeky right ‘til the end.”

For more on the late prince’s bond with his grandson, watch the video above and pick up the latest issue of Us Weekly, on newsstands now.