The 30-year-old fashion model married Foschini Group chairman Michael Lewis, 62, in a private ceremony in Rome this weekend, according to the Daily Mail.

While the couple made headlines with their engagement last year, it appears they tried to keep their nuptials under wraps. However, social media posts shared by famous attendees like TV personality Mark Francis Vandelli and PR mogul Simon Huck clued fans into the big day.

Paparazzi photos posted online seemingly confirmed Spencer and Lewis got married on Saturday at the Villa Aldo Brandini in Frascati, Italy – a city and commune in Rome. 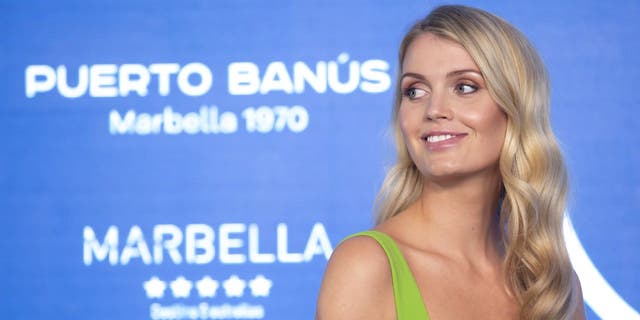 Dolce & Gabbana went on to note the luxury Italian fashion house dressed Spencer, who is a global ambassador for the brand.

“Lady Kitty Spencer chose to wear Dolce&Gabbana on the most important day of her life. For this unique event, #DolceGabbana created a number of exclusive hand-made gowns,” the brand wrote alongside a video highlight that shows Spencer being dressed in three floral gowns, a sparkly gold number and a white wedding gown.

The dress Spencer opted to wear down the aisle was a striking Alta Moda gown that was “created exclusively” for her and includes “Victorian inspiration,” according to a separate tweet shared on Sunday.

Much like her late aunt, Spencer opted for a long veil, though hers is notably around royal length (120 inches) instead of the 25-foot statement veil Princess Diana wore to her 1981 wedding.

Although it appears Prince William and Prince Harry were not in attendance for their cousin’s wedding, Spencer’s other family members were present, according to the Daily Mail, including her brothers Louis, Viscount Althorp and Samuel Aitken and her sisters Eliza and Amelia.

Spencer had notably attended both of the princes’ weddings in 2011 and 2018.

At the wedding of Prince Harry and Meghan Markle, Spencer received a tremendous amount of attention when she attended the event with Lewis.

Prior to marrying Spencer, the South African furniture magnate was married to his first wife Leola, who he shares three adult children with.