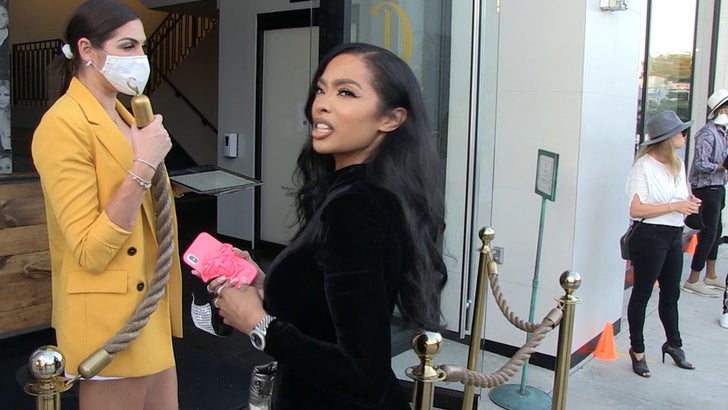 Princess Love just sucked the air out of Ray J‘s love-still-in-the-air moment … saying their marriage is now beyond saving.

We got Princess Love Thursday in WeHo, walking into Catch … and wanted to get her take on what her estranged hubby said on “The Real” earlier this week. ICYMI … Ray J told the panel he spent all weekend with his kids and Princess Love and realized they still have “a really, really good thing.” When the panel asked if he’d now be down for counseling … Ray J said he would be up for it and whatever it takes to keep both parents together.

Well, it’s all news to Princess Love, who made it crystal clear — Ray J’s last-ditch effort falls way short. And, she seems to be okay with moving on … acknowledging she’s happy and hopes the same for Ray J. Ouch.

As we reported … Ray J filed for divorce earlier this month citing irreconcilable differences. Remember, Princess Love initially filed for divorce back in May. They reconciled over the summer but clearly, it didn’t last. They tied the knot in 2016 and have 2 kids together.

END_OF_DOCUMENT_TOKEN_TO_BE_REPLACED

END_OF_DOCUMENT_TOKEN_TO_BE_REPLACED
We and our partners use cookies on this site to improve our service, perform analytics, personalize advertising, measure advertising performance, and remember website preferences.Ok