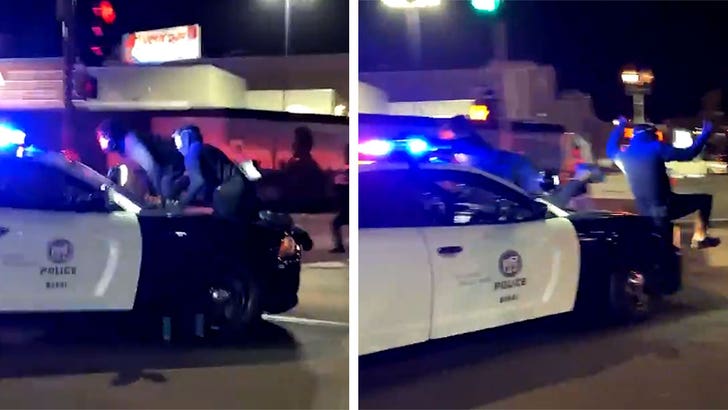 Breonna Taylor‘s death a year ago Saturday triggered a tense, violent confrontation in L.A. between protesters and police.

Two protesters jumped on the hood of an LAPD squad car … the protesters began pounding on the hood and the car abruptly accelerated, hurling them onto the pavement.

Police showed up in riot gear as they faced off with protesters. Several businesses in the area were vandalized as well.

There were also demonstrations in New York and Louisville — the city where Breonna Taylor was shot to death by police — Saturday started out calm with a demonstration … Breonna’s mom, Tamika Palmer, was front and center.

The evening became tense as protesters blocked roads. Police declared an unlawful assembly and it appears the crowd began to disperse. 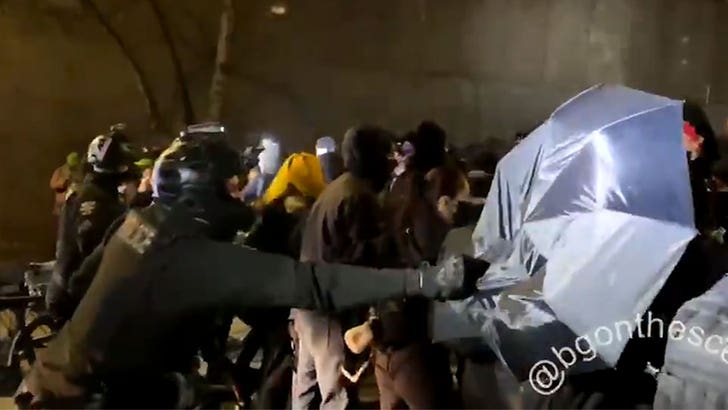 Protests also went down in Seattle, where cops faced off against demonstrators. Cops grabbed umbrellas held by some of the protesters and pushed back the crowd. Several demonstrators were arrested for various alleged crimes, including assaulting an officer, obstruction and resisting arrest.

There were other demonstrations throughout the country. Palmer has asked the Grand Jury to look at Breonna’s killing to determine if the cops committed homicide … something Attorney General Daniel Cameron did not allow in the first Grand Jury case.