The acclaimed Broadway musical, Sunday in the Park With George, famously lost the Best Musical Tony Award to La Cage Aux Folles in 1985, even as it picked up the Pulitzer Prize for Drama. But the years since the show’s debut have only seen the reputation grow for Stephen Sondheim and James Lapine’s musical about Georges Seurat’s creation of pointillist masterpiece “A Sunday Afternoon on the Island of La Grande Jatte.”

The original production spawned a successful cast recording, was preserved on film for a 1986 episode of PBS’ American Playhouse and has since enjoyed two Broadway revivals — most recently starring Jake Gyllenhaal and Annaleigh Ashford as George and his mistress, Dot. Now, much like the plot of the musical itself, the story of its creation is given life in librettist Lapine’s new book, Putting It Together: How Stephen Sondheim and I Created Sunday in the Park With George (Farrar, Straus, and Giroux).

The Best Mini Fridges for Your Basement, Garage, Dorm Room or Den

5 Festivals That Ended in Disaster 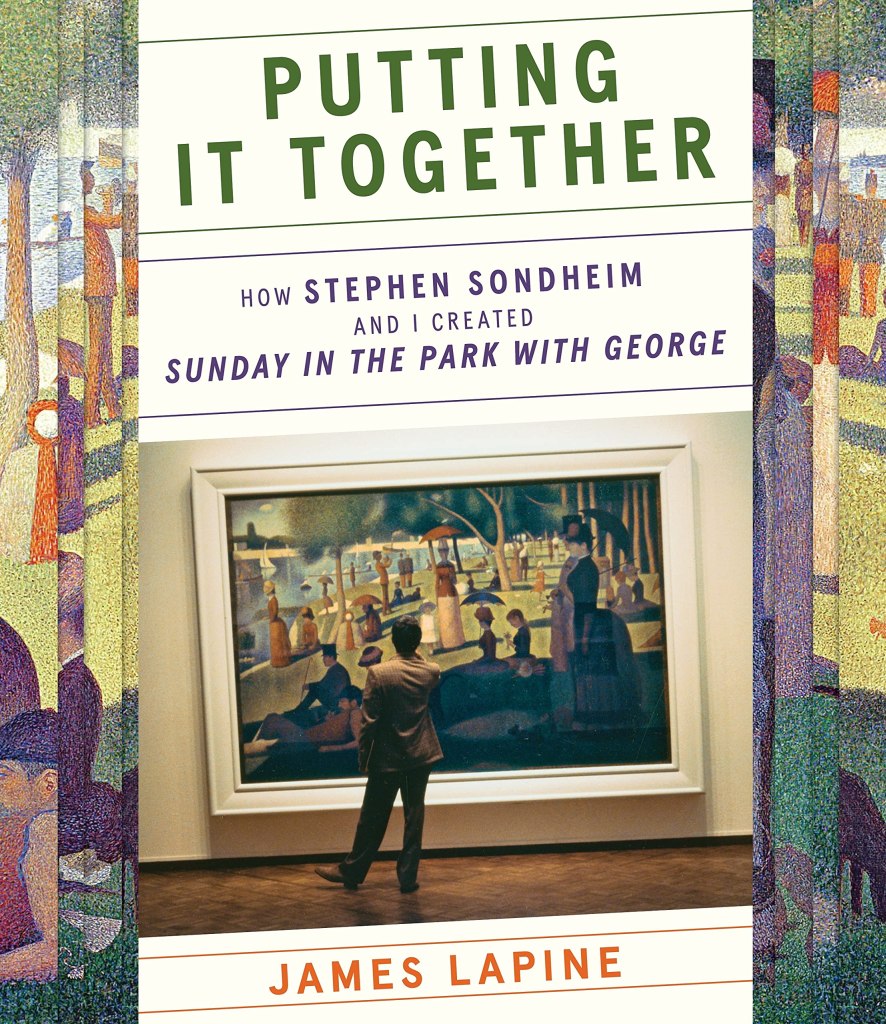 Described by Lapine as, “One part memoir, one part oral history, one part ‘how a musical gets written and produced,’ ” the interview-heavy book reveals the two-year process that led to the initial production. That first iteration premiered in 1983 at Playwright Horizons as a one-act; the divisive second act, set in the 1980s and featuring the actor playing George as Seurat’s great-great-grandson, was only added to that production for its final performances.

Transferring to the Great White Way with stars Mandy Patinkin and Bernadette Peters in place, the musical opened at the Booth Theatre on May 2, 1984, where it earned 10 Tony Award nominations and ran for 604 performances.

Now that journey is recreated by Lapine, who has interviewed many of the original cast and creative team — along with his and Sondheim’s own recollections — to give fans of the show and of theatre in general a bird’s eye view of the artistic process. He also paints a vivid portrait of a bygone era, one that was already slipping away as the ambitious musicals Sondheim made a career out of were about to be subsumed by behemoth British imports like Les Misérables and The Phantom of the Opera.

Along the way, Lapine offers plenty of gossip for those seeking it — including contretemps with Kelsey Grammer and Patinkin — but he also provides an unvarnished portrait of a lucky alchemy that allowed artistic hubris to triumph over the quotidian. Despite a lukewarm critical reception, Sunday has gone on to be seen as one of Sondheim’s most personal musicals and a beloved, oft-produced addition to the canon.

Now those who helped that show find its voice are sharing their memories of the time, and making Putting It Together an indispensable addition to the libraries of theater lovers.