The fallout from men abusing their power is not limited to their victims. In the case of an actor like Chris Noth, it’s also all the hurt fans they let down.

Obviously Sex and the City has a devoted fanbase still trying to wrap their heads around this betrayal, especially hearing the allegations that he was inappropriate even on set of the classic female-empowering show.

While he can’t be fired from And Just Like That… anymore — as  they already killed him off in the premiere, they still went so far as to cut down his presence, removing what sounds like a touching flashback sequence in the finale.

But on his current show, The Equalizer, he could be fired — and was. After the allegations of sexual assault came out, CBS, home network of the Queen Latifah crime drama made it clear last month that the show would continue without Noth’s presence, “effective immediately.” And that’s something that’s shaken even the series’ star.

Finally breaking her silence over her co-star’s shocking allegations, she told People on Monday:

“It’s still surreal. It is such a dicey, delicate situation that requires a great deal of respect. That’s a personal thing that he’s going to have to deal with.”

We don’t blame her for being reticent to talk about it. After all, why should she have to answer for what he is accused of doing in the first place? 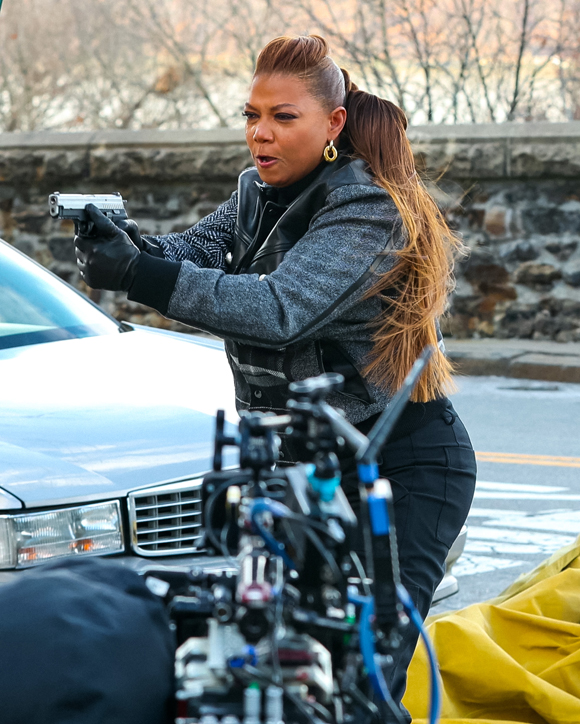 As for how the disappearance of Noth’s character, former CIA director William Bishop, is being handled, the singer tabled that talk, saying they’re working on it:

“We are figuring out what we want to do creatively on the show and how we’re going to deal with that character.”

Latifah had been filming with Noth for well over a year before his allegations, making two seasons of the hit show back to back. Like fans, she mourns the loss — but makes it clear there are more important factors at play.

“Chris’s character’s obviously a big part of the show and it was amazing chemistry, amazing chemistry. And my feeling is justice has to prevail regardless. I just want the right things to be done, you know?”

Like her character, Robyn McCall, she’s all about justice. At least some stars don’t make you feel horrible for loving them.