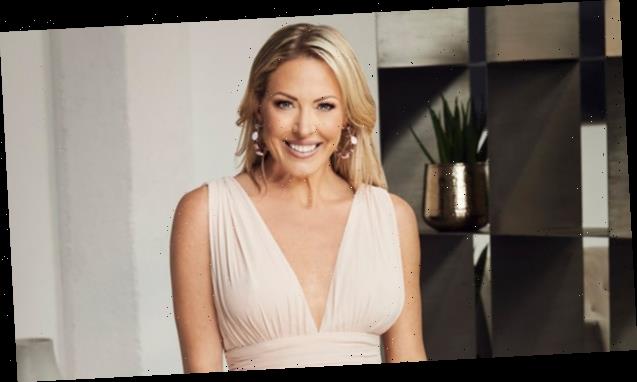 ‘RHOC’s Braunwyn Windham-Burke has shared how she loved kissing co-star Tamra Judge. Now she’s spilling on which Housewife in the franchise she’s dying to lock lips with.

Braunwyn Windham-Burke is one wild Housewife! The three-some loving 41-year-old has already kissed her Real Housewives of Orange County co-star Tamra Judge, 52, and now the show newbie is telling HollywoodLife.com which franchise star would be her dream Housewife to smooch. She tells us “Ooh. I would say Sonja Morgan,” of the Real Housewives of New York. However, she’s not interested in locking lips with any of her other co-stars other than Tamra, who she says she’d kiss, “Any day of the week.”

As for the rest of the cast, “I would never make out with any of them, because Kelly (Dodd) hates it. She’s like, ‘That’s just…” She is not into girls. She’s made that so… I mean Kelly’s hot, don’t get me wrong. But she hates it. I don’t think anyone else would do it. I think Tamra’s the only one. I would never kiss a girl who didn’t want me to kiss her. That would be rude,” she tells us.

Braunwyn has been open about having three-somes with her husband Sean, 52, involving other women since appearing on RHOC. But she tells us she would never bring anyone into their bed who she’s friends with. “Okay. And you have to bleep out this word, but it’s a joke that I say to my friends. I’m like, ‘You don’t f**k your friends.’ Like that is my number one rule,” she explains.

END_OF_DOCUMENT_TOKEN_TO_BE_REPLACED

END_OF_DOCUMENT_TOKEN_TO_BE_REPLACED
We and our partners use cookies on this site to improve our service, perform analytics, personalize advertising, measure advertising performance, and remember website preferences.Ok