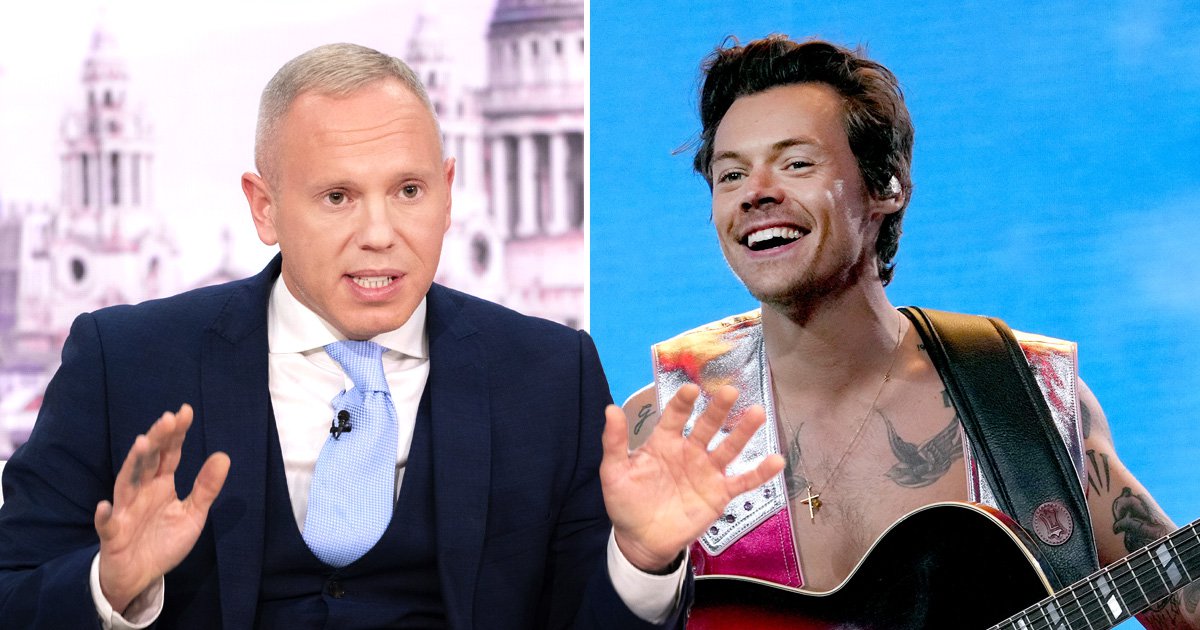 Rob Rinder has recalled a cringe-worthy encounter with Harry Styles, which saw the barrister inexplicably mistake the former One Direction star for a ‘homeless girl’.

Opening up on his worst encounter with another celebrity, Rob did not disappoint as he painted a picture of the moment many dream of – meeting Harry.

Safe to say, it turned into a bit of a nightmare.

‘Nobody looks at anyone at my gym, so I just thought there was a homeless girl running next to me. And then I had a moment of epiphany: it was Harry Styles,’ Rob recalled.

‘He’s evolved into a real artist, so when I subsequently saw him I got strangely starstruck. We ended up involved in a conversation and all I will say was that it was the worst social car crash ever,’ he added to The Telegraph.

‘He hugged me because he needed to make it stop. It was like an act of social euthanasia.’

We dread to think.

Harry’s no stranger to an awkward moment either, with the internet largely being convinced for a hot second that he spat on his co-star Chris Pine last month at the Don’t Worry Darling screening in Venice.

Chris’ reps denied that Harry spat on him, with the singer joking about the infamous moment during his tour show – and it eventually looking like Chris was only ever looking for his sunglasses in his lap. But it was a truly wild few hours.

When he’s not encountering celebrities in the gym, Rob has been praised for his presenting on Good Morning Britain alongside Susanna Reid, with many calling for him to be taken on as a full-time presenter.

The barrister admitted that while he ‘doesn’t know about permanently’, there is a ‘possibility’ for future appearances, so viewers should ‘watch this space’.

‘I really enjoyed my time doing it. It’s a really challenging job. It’s three hours of live television and making sure you’re on top of the brief,’ the 44-year-old told Metro.co.uk.