Royal Albert Dock: Richard and Judys TV studio up for sale for £50m 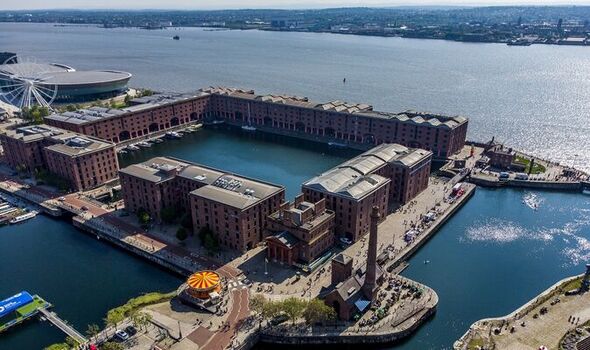 Potential buyers of the dock, which used to host ITV’s This Morning with Richard and Judy, will need to fork out £49.2million.

The once-thriving docks fell into disuse in the 1970s and provided the backdrop for the 1982 finale of Alan Bleasdale’s grim depiction of unemployment in the BBC series Boys from the Blackstuff.

But it was regenerated later in the 1980s before being reopened by Prince Charles. The Grade I-listed site attracts six million tourists every year.

Tate Liverpool, the Merseyside Maritime Museum and the International Slavery Museum, which are also based there, are not part of the sale.

Another beloved waterfront landmark in the city, the Royal Liver Building, has also been put on the market for £90million.

Opened 111 years ago, it is partly owned by Everton majority shareholder Farhad Moshiri, after Corestate, a Luxembourgbased property investment firm, bought it in 2017 for £48million.

It doubled for a Gotham City building in this year’s superhero blockbuster The Batman.