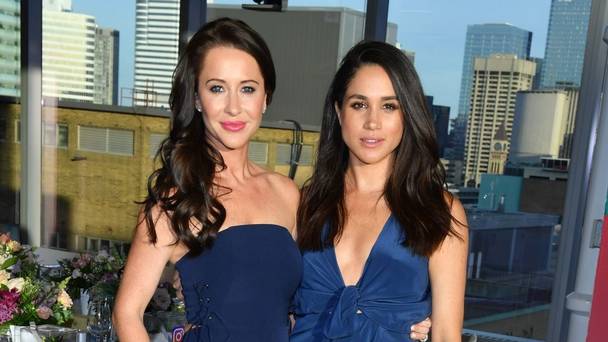 Meghan Markle’s best friend has accused the public of “racist bullying”, amidst the backlash over the royal’s private jet use.

The former ‘Suits’ actress and her husband Prince Harry have been bombarded with criticism for taking multiple private jet flights this month and now her good friend Jessica Mulroney has spoken out to defend the former actress and call for the end of the “relentless and undeserved hate and abuse”.
She posted on Instagram: “When someone faces unfair criticism, you call it out. When that person is your friend and your family, you call those critics what they truly are. Shame on you, you racist bullies.”
She also took to the caption section of the post to make her point, “Three years of undeserved hate and abuse. It’s enough.”
Jessica is not the only person to speak out in support of the royal couple, with Pink, Ellen DeGeneres and Sir Elton John all voicing their feelings.
P!nk wrote: “I’m happy to see people coming to the defense of The Duke and Duchess of Sussex. The way people treat her is the most public form of bullying I have seen in a while. It’s out of control. Let’s all be a bit kinder, huh? Let’s show our children that it’s cool to be kind.”
Whilst talk show host Ellen praised the royal couple for their “down-to-earth” and “compassionate” nature.
She posted: “Portia and I met Prince Harry and Meghan in England to talk about their work on wildlife conservation. They were the most down-to-earth, compassionate people. Imagine being attacked for everything you do, when all you’re trying to do is make the world better.” END_OF_DOCUMENT_TOKEN_TO_BE_REPLACED

Rob Lowe‘s son, Johnny, is opening up about his experience with sobriety in the hopes of setting a “small example” for his followers. While he previously kept his struggles with alcohol private, the 25-year-old says that today, the 2-year anniversary since going sober, has inspired him to open up about his journey. “I haven’t been vocal about my sobriety on here […]

END_OF_DOCUMENT_TOKEN_TO_BE_REPLACED
We and our partners use cookies on this site to improve our service, perform analytics, personalize advertising, measure advertising performance, and remember website preferences.Ok