Embed from Getty Images
Shaquille O’Neal was the host of the NBA Awards, which aired last night. You can see the opener here. He rapped with some backup dancers behind him and that was fun, but some of his jokes fell flat. In an interview with Hoda Kotb which aired on The Today Show, Shaq revealed his social media strategy. He said he used to show off his stuff more but then his mom told him not to do that. Shaq described his mom and her advice to him and it was sweet.

His social media strategy
When I send out tweets it’s 60% to make you laugh, 30% to inspire you and 10% to promote what I’m selling. I came up with that formula because when I first started doing twitter I didn’t really understand social media. I was kinda in showoff mode. ‘Look at my house, look at my boat.’ My mom called me and she said ‘Stop showing off. Be humble. You should use that to inspire people.’

Does your mom keep you in check?
She’s always been right, she’s never been wrong. She’s never gave me the wrong information. She’s so calm about her approach. I can be upset about certain things and she’d [stay] so calm and it always worked out.

His mom’s advice
Don’t forget where you come from and make people remember your name. Whenever I do or say something I imagine her in front of the TV watching. Every man should love and respect the women first of all and they should definitely respect and love their mother.

[From The Today Show]

I loved that interview! Shaq has 14 million followers on Twitter, and I followed him a while ago but he doesn’t come up in my feed much as I don’t interact with his tweets. I will check him out more now. I couldn’t find any braggy tweets he made, but I did find some Instagram posts that his mom might have noticed. He was posting stuff like that last year. That was so nice the way he described his mom and what she means to him. I’m like that with my mom too, I take her advice. Sometimes it’s hard to hear but I definitely take it.

The king of WAKANDA IS HERE

Shaq with his sons at the NBA Awards: 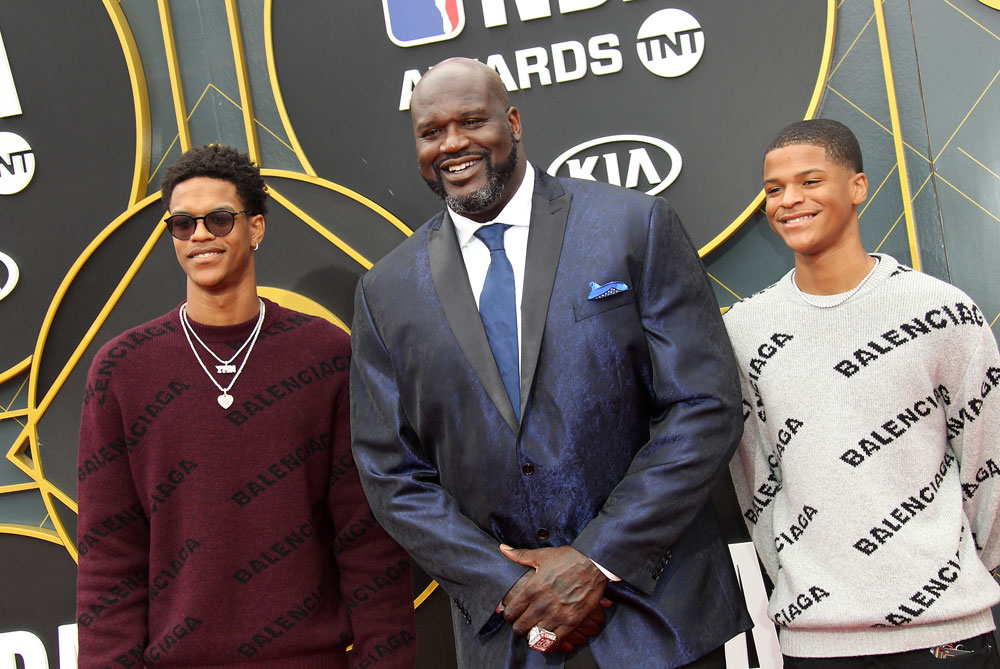