Sharon Osbourne Puts ‘Mean’ Wendy Williams on Blast: ‘You Are So Dark Inside’ 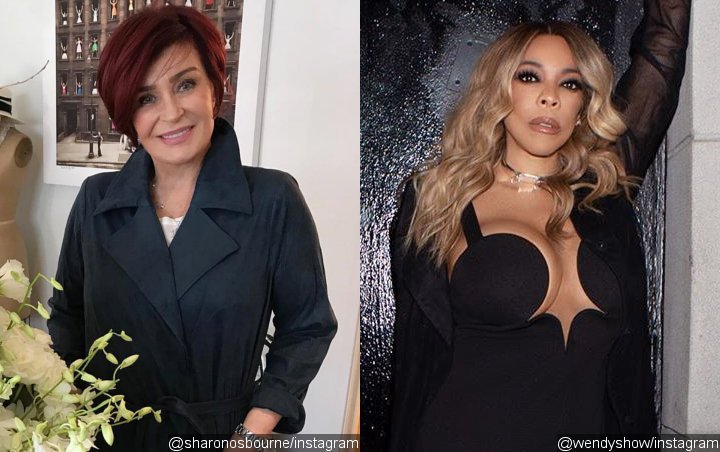 In the latest episode of ‘The Talk’, the wife of Ozzy Osbourne wonders why the 55-year-old can’t show empathy to others when she receives so much loves during her hard time.

AceShowbiz –Wendy Williams ripping off celebrities on her show is not something new, but that doesn’t mean Sharon Osbourne can just let it slide, especially after her comment about Christie Brinkley. This prompted the British star to put the TV personality on blast during the latest episode of “The Talk“.

Sharon began by stressing that she really had to make her opinion about Wendy known because “not so long ago, Wendy was not in a very good place.” Those who keep up with the 55-year-old might have known that she just divorced from her cheating husband, Kevin Hunter, and had been dealing with drug addiction issues. Mentioning that Wendy received a lot of loves at the time, the wife of Ozzy Osbourne implied that the former didn’t do the same to others, and Christie’s case was just one of its examples.

“Why does she have to be so mean?” Sharon wondered. “What is it within you that is so dark that you can’t seem to get it out when the world shows you love and wishes you well on the rest of your journey of your life, you are so dark inside, so mean constantly.” Later, Sharon said that she felt bad for Wendy and people who, according to her, “have this anger, this nastiness inside them.”

In the Wednesday, September 18 episode of her show, Wendy accused Christie of seemingly faking her injuries that caused her to depart from “Dancing with the Stars“. “You should’ve said the tailbone because I don’t see a wrist or a shoulder being fractured,” she said at the time. Christie has responded to the star’s claims, telling her that “it’s so much more fun to be kind. Try it. It can’t feel good to try to hurt other people. If it feels good, something’s seriously wrong.”

END_OF_DOCUMENT_TOKEN_TO_BE_REPLACED

END_OF_DOCUMENT_TOKEN_TO_BE_REPLACED
We and our partners use cookies on this site to improve our service, perform analytics, personalize advertising, measure advertising performance, and remember website preferences.Ok