Shonda Rhimes shared a rare – and hilarious – pic of her eldest daughter, Harper. She even called out the teen for being ‘corny’ on Thanksgiving!

Shonda Rhimes keeps her personal life very private, so it came as a surprise when she posted a snap of her eldest child. The mega TV producer took to  Instagram the day after Thanksgiving to share an adorable pic of 19-year-old daughter Harper. In the rare photo (below), the teenager is all smiles as she fits a hilarious corn-on-the-cob hat upon her head. “The oldest decided to be ‘corny’ for #Thanksgiving…” the Grey’s Anatomy creator captioned the silly post.

The holiday season appears to be having an effect on Shonda, though, as she was in the mood to post a snap of Harper a few days before Thanksgiving as well! Rocking blonde braids and a colorful camouflage hat, Harper was the picture of bliss. “Thankful every day to this beautiful original soul for sending me on my best journey: MOTHERHOOD,” Shonda wrote alongside the photo (below).

Shonda adopted Harper in 2002. At the time, the Scandal showrunner told Oprah Winfrey she decided to become a mother in the wake of 9/11. “So I was sitting in the middle of nowhere, watching the whole terrible thing unfold on CNN,” she recalled in a 2006 interview for The Oprah Magazine. “When I finally turned off the television, I thought, ‘Well, if the world’s going to end, what are all the things I’ve ever wanted to do?’ I went home and hired an adoption attorney.” 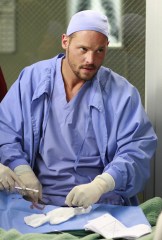 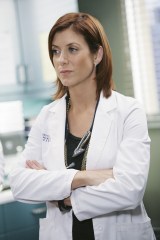 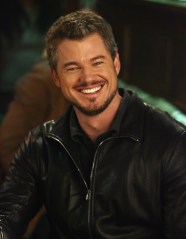 Harper is kept company by her two younger sisters: Emerson, who was adopted in 2012, and Beckett, whom Shonda welcomed in 2013. “They couldn’t be more different from one another, but they’re all stubborn — and I mean that in the best way,” Shondra said of her girls to  Good Housekeeping. “No one will ever take advantage of them. They will always go their own way because they have decided they’re going to.”

Interestingly, Harper once admitted she wasn’t really feeling the oodles of TV shows her prolific mother had created. She said she barely tuned in to Grey’s Anatomy during a 2017 interview with The Hollywood Reporter. And as for Scandal? “I used to watch it,” Harper said at the time. “But it hasn’t really grown on me in a while.”