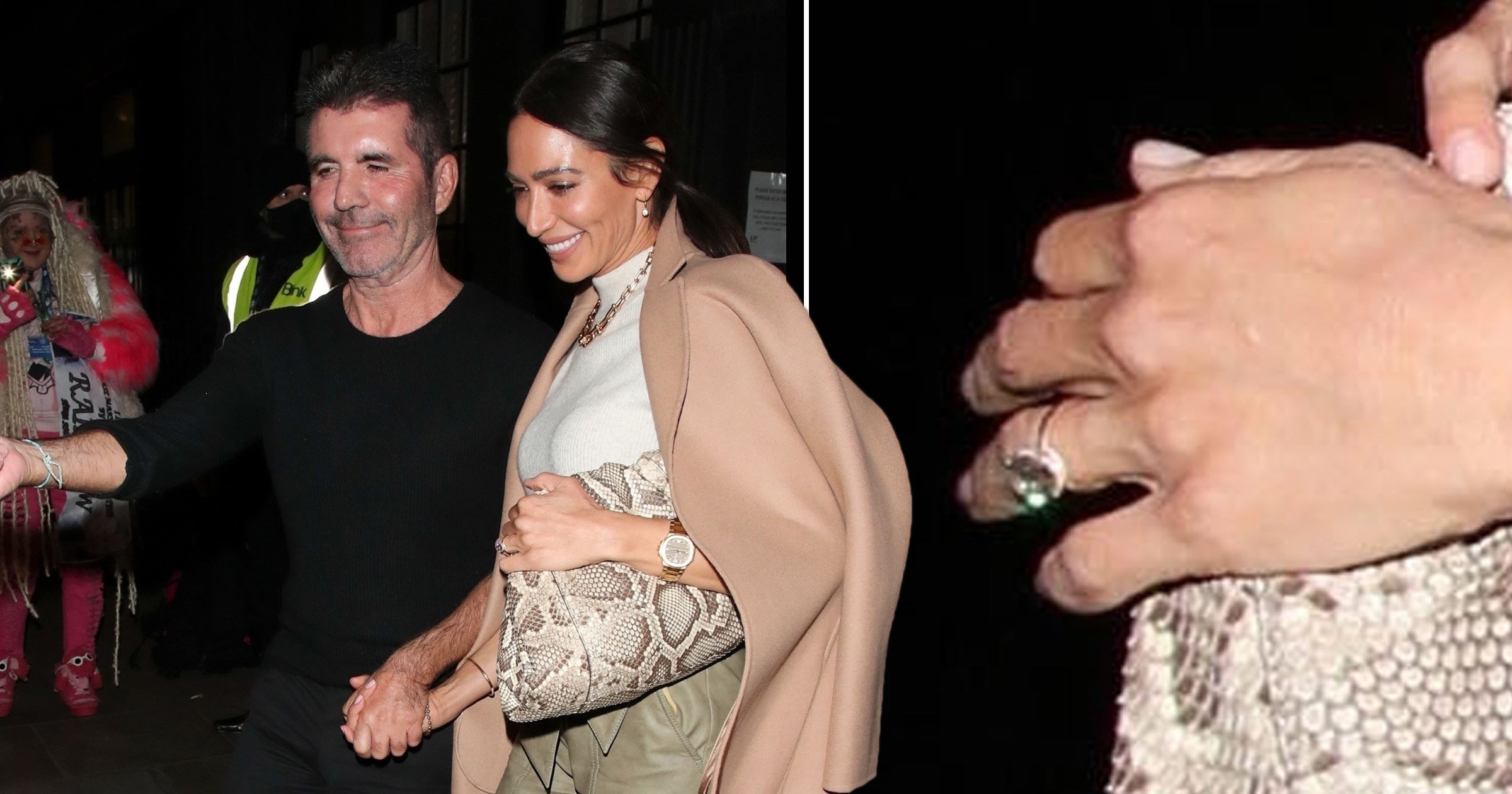 Lauren Silverman has been spotted flashing her gorgeous engagement ring while out with fiancé Simon Cowell.

The couple were engaged last month after Simon popped the question on Christmas Eve while they were on a romantic getaway in Barbados.

Now the soon-to-be married lovebirds have been spotted out and about in London, with Lauren’s stunning £250,000 rock on full display.

Lauren and Simon were photographed leaving The London Palladium following auditions for the upcoming series of Britain’s Got Talent, looking relaxed and happy with each other.

The duo, who were accompanied by fellow BGT judge David Walliams, beamed at cameras and held hands as they emerged from the iconic venue, with Simon, 63, dressed in his usual all-black attire.

Lauren, 44, stunned in a beige, white and khaki ensemble, looking glamorous with her coat thrown over her shoulders and rose-gold jewellery, including a bracelet, watch and necklace.

Clutching her handbag close to her, Lauren’s engagement ring could be seen shining on her finger, with the mother-of-two grinning happily.

Music mogul Simon, who previously insisted he would never get married, is said to have popped the question with their seven-year-old son Eric and Lauren’s older son Adam present.

They welcomed Eric, named after Simon’s father, in 2014. The X Factor and Britain’s Got Talent legend has been open about how much his son has changed his life, telling Kelly Clarkson ‘He’s the most amazing thing that ever happened to me.’

The pair have been together for nine years, but Lauren was reportedly ‘stunned’ by the proposal, as she ‘never in a million years expected Simon to pop the question’.

Following the engagement, reports emerged that Simon was set downsize his production company SyCo after 18 years, with the decision described as ‘the end of an era’.

The star is said to want to want to focus more on his family life, especially after his bike accident in 2020.

SyCo began as a record label in 2005, and later produced the Got Talent and X Factor franchises, helping to launch the careers of stars including including Leona Lewis, One Direction, and Susan Boyle.