Sons of Anarchy star Charlie Hunnam doesn’t open up very often about his personal life. But when he does, the actor has a habit of sharing some cringeworthy stories. Not only did Hunnam once have to run naked through a forest, but he also had to rush to the hospital after a nightmare encounter. 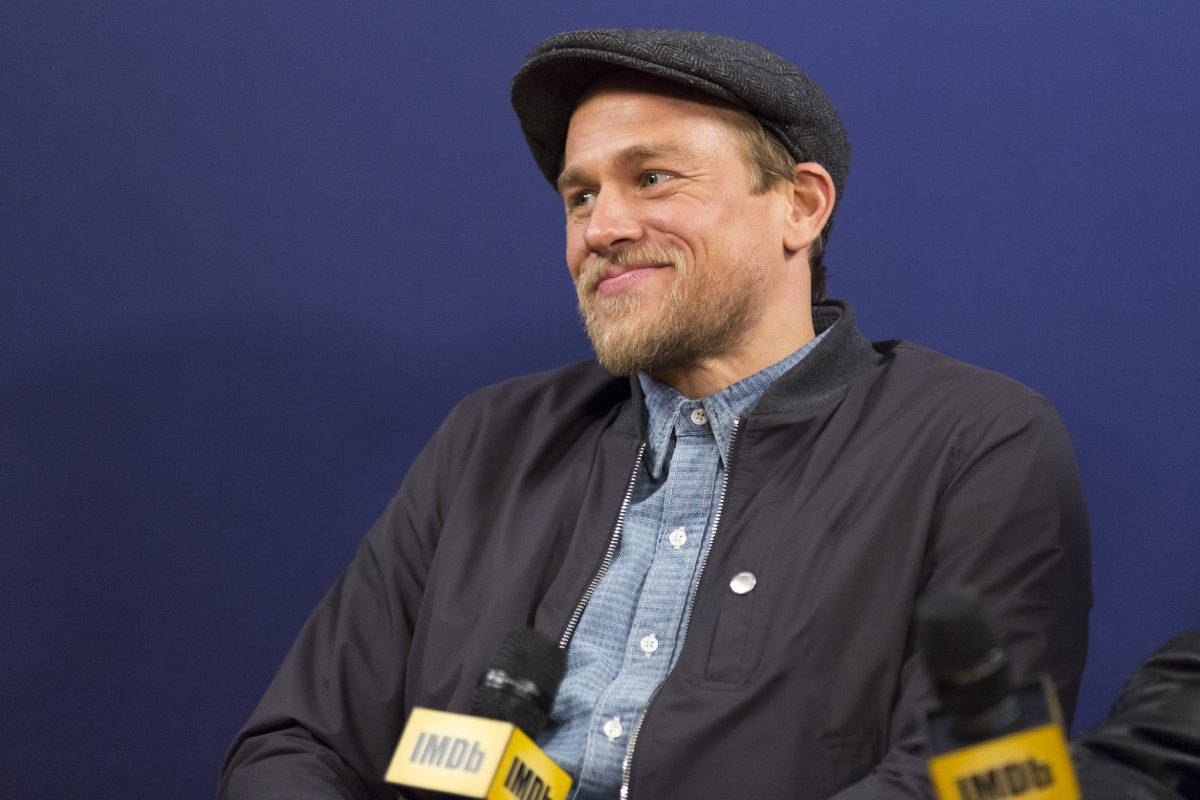 Charlie Hunnam is no stranger to accidents

Back in January, Hunnam appeared on The Tonight Show Starring Jimmy Fallon to promote his film The Gentlemen. As Cheat Sheet previously reported, Hunnam shared a story during the talk show appearance about a “nightmare” camping trip.

Hunnam explained that he was gathering firewood for his campsite. After walking a good distance, he thought he had stumbled upon a firewood goldmine. But when he started to gather the wood, he said he felt a sting in his “perineum.”

At first, the Sons of Anarchy star thought the sting was a snake bite. But he soon realized he had accidentally kicked over a wasp nest.

“I looked down and there was no snake, so I was trying to process what could have happened, and bam!” he explained. “Another shrill pain in my a** cheek, then one in the back of my head, and then one under my armpit. And I realized I was under siege from yellow jackets.”

The 40-year-old actor says he quickly made a run for it. But because wasps were in his clothes, he had to strip down and run through the forest naked.

Hunnam says that he hasn’t had that dream since it became a reality. The Gentleman star concluded that it was “something of a prophecy.”

Surprisingly, getting stung by yellow jackets and running naked through the forest isn’t the only disgusting story that Hunnam has shared on a late night talk show. In 2017, Hunnam appeared on The Late Late Show with James Cordon. During that interview, Hunnam shared a story that made stomachs turn.

Hunnam said that while he was filming The Lost City of Z in Colombia, he had a nasty incident in his hotel room thanks to a bug. After filming all day in the jungle, Hunnam was asleep one night in his hotel room when he realized that he had company.

Hunnam told Cordon that he woke up one night with what sounded like “a pneumatic drill” in his ear and he was in “intense pain.”

“I’d been through this before once with a girlfriend, who had a moth stuck in her ear, so I immediately knew that something was in my ear canal,” Hunnam explained.

He didn’t want to bother anyone in the middle of the night, so Hunnam used a neti pot to try to kill the bug. The actor says he “filled it with water” and “jetted it into my ear.” But after he fell back asleep, he woke up once again because the bug wasn’t dead.

Hunnam explained that he could still feel the bug moving around in his ear, so he realized he had to go to the hospital.

“This thing had burrowed in and couldn’t get back out and so it decided it was going to eat its way through. It bit a hole in my eardrum. It wasn’t the greatest Saturday night of my life,” Hunnam confessed.

Now, anytime Hunnam is on a plane he is reminded of that night in the jungle. He says that when he flies, he has “a bit of a problem.”

END_OF_DOCUMENT_TOKEN_TO_BE_REPLACED

END_OF_DOCUMENT_TOKEN_TO_BE_REPLACED
We and our partners use cookies on this site to improve our service, perform analytics, personalize advertising, measure advertising performance, and remember website preferences.Ok