Sansa is ruling over a new kingdom these days. Although Sophie Turner’s time playing the eldest Stark daughter ended in 2019, she is keeping Sansa’s legacy alive in her home. Turner revealed what has got to be the most epic parting gift from a TV series ever on her Instagram, and it’s something truly befitting of a queen. Sophie Turner has Sansa’s GoT throne in her house, which really adds a whole new level of regality to the decor.

Throughout the eight seasons of Game of Thrones, Sansa had a ton of important objects and outfits that became iconic to her character, but in the end, the most important prop associated with Sansa was the throne of Winterfell. Although it isn’t the Iron Throne that everyone was after all series long, the seat of power symbolized Sansa’s dramatic ascent throughout the show. In the series finale, Sansa was crowned the Queen of the North after declaring Winterfell’s independence from the rest of Westeros, and one of the final moments on the series was her sitting down on the Winterfell throne.

The throne’s rustic, woodsy design with carvings of wolves is the perfect reflection of the Stark family’s connection to nature and the common man. Its design is in direct opposition to the cold, hard, sharp welded swords that form the Iron Throne.

Naturally, it seems only right for Turner to have the throne since Sansa did end up with it in the series, and the actor surprised fans confirming she does have the large wooden chair in her home. Turner posted a photo of the throne to her Instagram Stories on Saturday, Aug. 22, captioning the pic, "Welcome home." 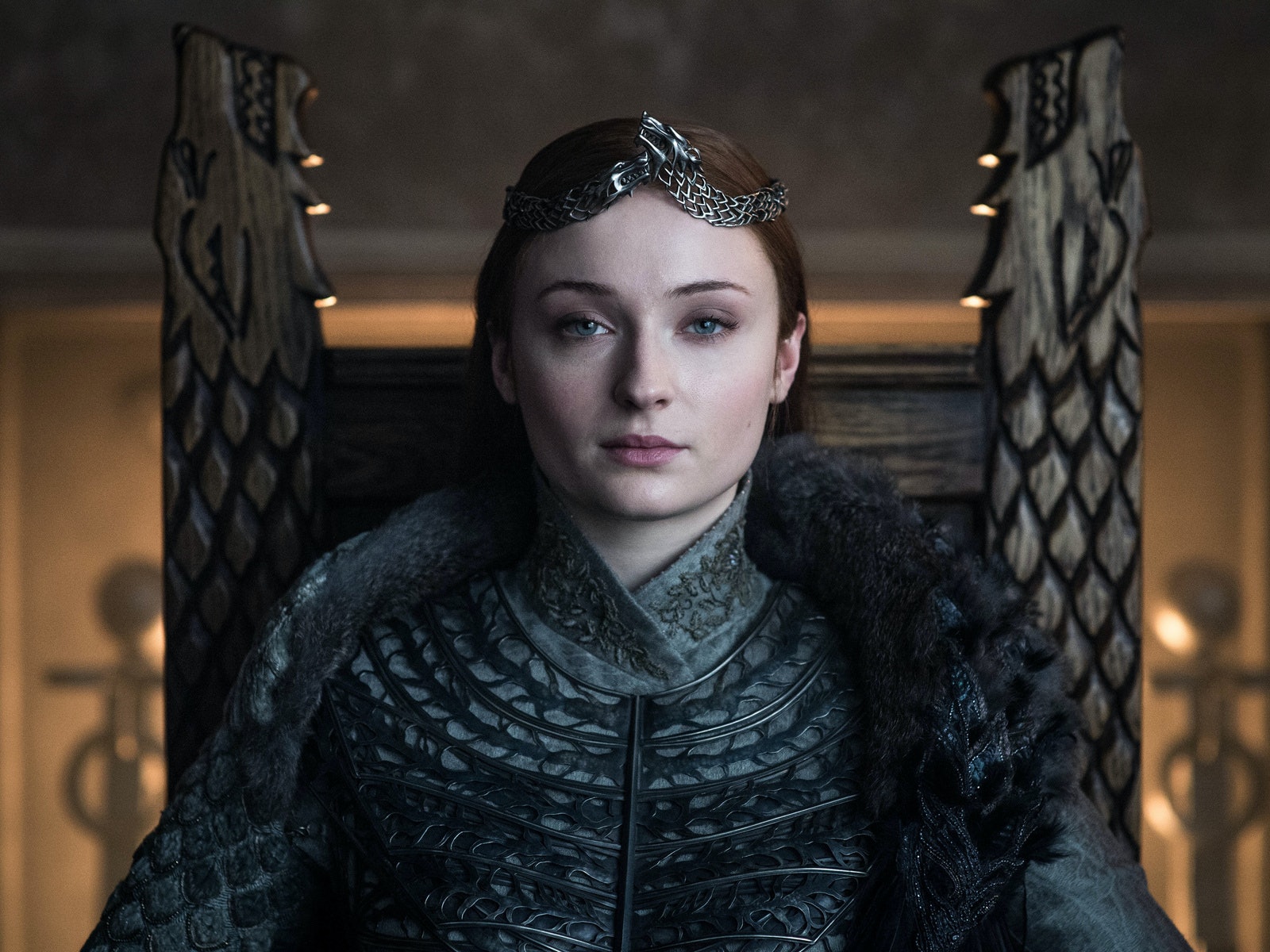 From the sound of that caption, it seems like Turner only just got possession of the throne and has just now placed it in her house. Turner’s husband Joe Jonas expressed his excitement over the new bit of furnishing as well by posting his own pic of the throne on his Instagram Stories.

And the Winterfell throne arrived just in time for a new queen to try it out. Turner and Jonas reportedly welcomed their first child at the end of July, a baby girl reportedly named Willa. The couple has yet to directly confirm these reports — aside from Turner referring to Jonas as her "baby daddy" in a recent Instagram post — but this new addition to the house is definitely the ultimate baby shower gift to let Willa know she’s next in line for the throne.