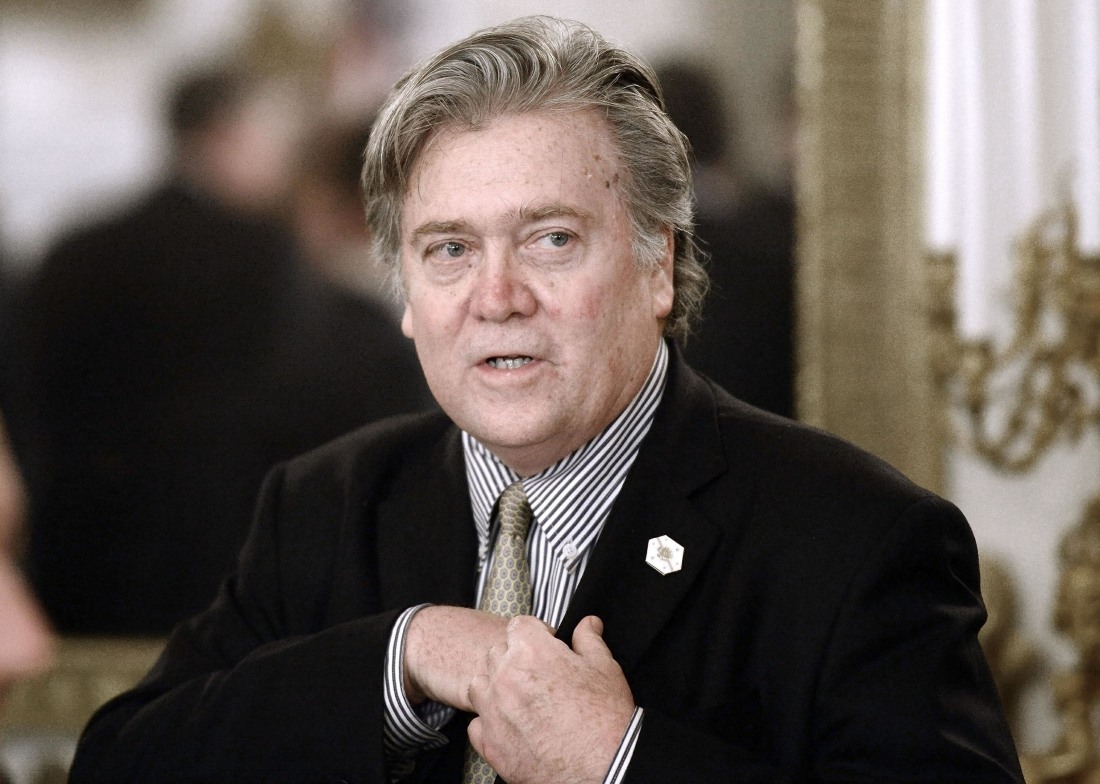 I tried not to cover Steve Bannon too much when he was actually relevant, because Steve Bannon is a g–damn Nazi and paying attention to his sleaze made me feel hopeless. Bannon was one of the white supremacists in Trump’s “brain trust” during the campaign and for about eight months into his presidency. Bannon was fired by Trump in 2017, but Bannon still acted as an informal advisor here and there, and Bannon was still involved with MAGA politics in a big way. Which is why everything about Bannon’s indictment and arrest yesterday is so f–king funny. Bannon was arrested for fraud in connection to the “We Build the Wall” scheme:

Stephen K. Bannon, President Trump’s former adviser and an architect of his 2016 general election campaign, was charged on Thursday with defrauding donors to a private fund-raising effort called We Build the Wall, which was intended to bolster the president’s signature initiative along the Mexican border.

Mr. Bannon, working with a wounded Air Force veteran and a Florida venture capitalist, conspired to cheat hundreds of thousands of donors by falsely promising that their money had been set aside for new sections of wall, according to a federal indictment unsealed in Manhattan.

The fund-raising effort collected more than $25 million, and prosecutors said Mr. Bannon used nearly $1 million of it for personal expenses.

Despite the populist aura he tries to project, Mr. Bannon is known to enjoy the high life, and he was arrested at 7:15 a.m. on a $35 million, 150-foot yacht belonging to one of his business associates, the fugitive Chinese billionaire Guo Wengui, law enforcement officials said.

Working with the Coast Guard, special agents from the United States attorney’s office in Manhattan and federal postal inspectors boarded the yacht off Westbrook, Conn., the officials said. Mr. Bannon, 66, was on deck, drinking coffee and reading a book, when the raid occurred.

[From The New York Times]

The fact that Bannon and others were scamming millions of dollars from racist idiots who “donated” money to build Trump’s fakakta wall is kind of beautiful? It’s kind of perfect? And the fact that Bannon is a scammer who was arrested on a boat… well, I really need to do a marathon of Arrested Development now. And the fact that Bannon was arrested by members of the USPS inspector squad – amazing. I’m imagining the postal-person uniform with guns and a tasers. I would have given anything if they tased him. He’d apparently been on the yacht for “the last several weeks” and “Bannon would tell people he was ‘at sea.’” WHY IS THIS SO FUNNY.

Bannon already appeared in court yesterday to enter his plea (not guilty). The sketch of him from the video-conference… LMAO. He was apparently rocking in his chair and he seemed upset. Oh no.

He’s already been released on a $5 million bond. Which begs the question… can you post bond for yourself with the money you scammed from a fake “we’re building the wall!” scheme?

END_OF_DOCUMENT_TOKEN_TO_BE_REPLACED

END_OF_DOCUMENT_TOKEN_TO_BE_REPLACED
We and our partners use cookies on this site to improve our service, perform analytics, personalize advertising, measure advertising performance, and remember website preferences.Ok