Stevie Nicks says she 'saved' herself from drug addiction: 'I survived by myself'

Sex, drugs and rock ‘n’ roll is a mantra Stevie Nicks used to live by — like many other musicians in the industry — but no longer.

The iconic singer opened up to Tim McGraw on his Apple Music Country show “Beyond the Influence Radio” on Wednesday about how she “saved” herself from her addiction issues.

Nicks, 73, said if she were to ever share her life story with fans, the Fleetwood Mac frontwoman would like to avoid sharing her experiences with drugs.

“I managed to save myself. I got through some pretty scary moments, but I saved me, nobody else saved me,” she told the country singer. “I survived me. I survived my cocaine. I survived by myself.” 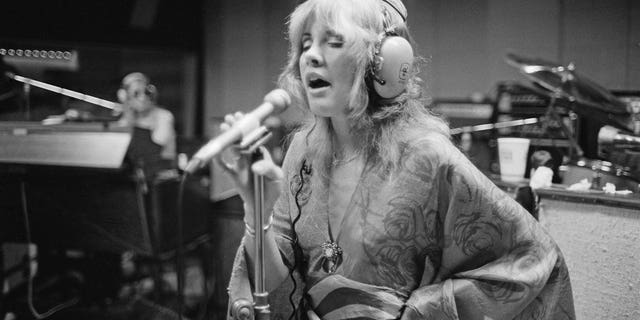 Stevie Nicks opened up about her drug addiction during a recent interview with Tim McGraw. The iconic musician said she would avoid her addiction problems if she were to ever share her life story with fans.
(Photo by Fin Costello/Redferns/Getty Images)

“I checked myself into rehab. Nobody did that for me. I did it and that’s like with my whole life,” she continued. “So I would dance over those parts just to give the wisdom out to people.”

“I have a lot of friends that are 60 and they’re going, ‘Oh I’m so old, I’m 60.’ I’m like, ‘You know what, the violins of the world are playing for you. You’re going to really appreciate 60 when you turn 72,’” she continued at the time. “I don’t feel like the whole world is really getting behind getting this to go away. I feel like people are just thinking it really is just magically going away. All it takes is a few people that don’t wear a mask to spread. Just let one person catch it from you and there it goes — it’s like the never-ending story. That worries me because I’m going, ‘Will it really be gone by the end of 2021?'”