Actress Catherine Tyldesley became the fifth contestant to be eliminated from Strictly Come Dancing on Sunday night, following a dance-off against Mike Bushell.

The Coronation Street star, 36, and her ballroom partner Johannes Radebe, 32, were made to perform their Cha Cha once again at the end of the show’s Halloween Week, after scraping the bottom of the leaderboard with a score of 24 out of a possible 40.

However, after judge Shirley Ballas, 59, cast the deciding vote that sent her home, Catherine remained positive, as she said of Johannes: ‘He’s like my best friend… Just the opportunity to work with amazing people and get critiqued off amazing people. 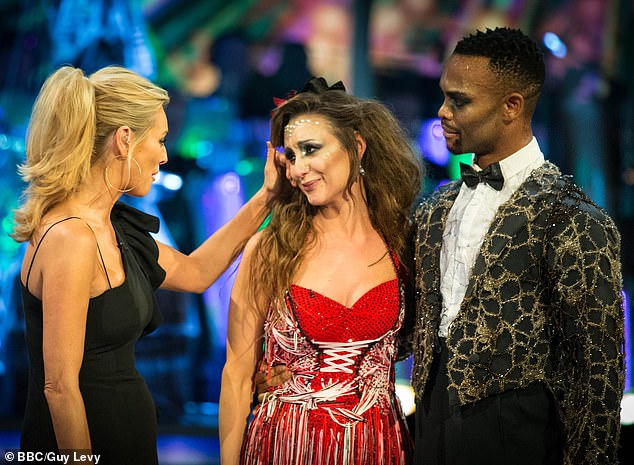 ‘I never thought I’d say this, I’m going to keep it up because I fell in love with it! I’ve loved every second, this man has changed my life!’

Speaking to host Tess Daly, 50, Johannes said: ‘The beautiful thing is that I need to thank Strictly Come Dancing for the opportunity…

‘Most of all, I want to say thank you to this woman. She has been a light for me. Thank you for accepting me for who I am and for showing me joy every day.’ 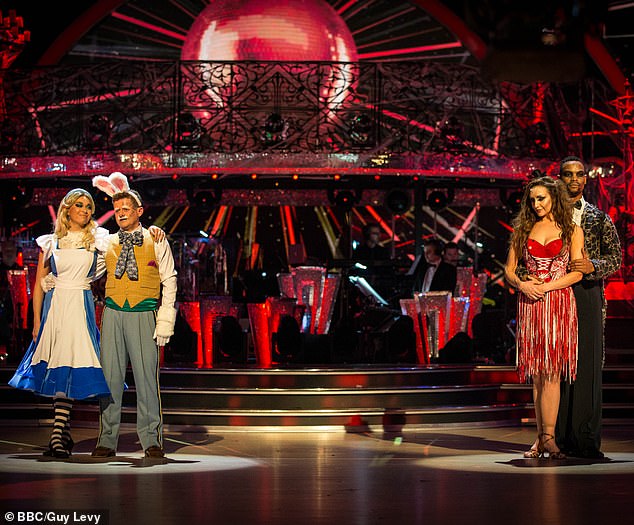 Bottom two: The pair were eliminated after a dance-off against Mike Bushell and Katya Jones

This weekend, the 11 remaining celebrity couples took to the dance floor to perform an array of live glittering ballroom and Latin routines for Halloween Week.

Mike Bushell, 53, and his partner Katya Jones, 30, were third from bottom on the leaderboard, after performing the Tango to Gwen Stefani’s hit What You Waiting For, landing them a score of just 26.

However, neither Mike nor Catherine were at the very bottom of the leaderboard this week: Chris Ramsey and Karen Hauer’s  Samba to the Backstreet Boys’ Everybody (Backstreet’s Back) earned them 23 points out of 40.

After the judges’ scores were combined with the results of the viewers’ votes, it was Catherine and Mike who were left to face each other. 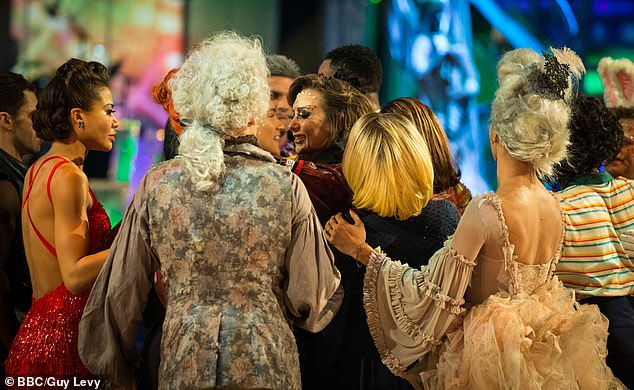 Emotional farewell: Fellow contestants hugged the pair as they said their goodbyes at the end of the episode, which rounded out the popular BBC show’s Halloween Week

Following their dances for survival, the judges gave their verdicts, with Craig Revel Horwood choosing to save Mike and Katya, as he explained: ‘One couple for me really stepped it up a notch. The couple I’d like to save is Mike and Katya.’

Next up was Bruno Tonioili, who said: ‘It’s hard because you’ve both done very, very well, but purely based on tonight I have to save the couple that got me tingling a little bit more and I have to save Catherine and Johannes.’

Left with the deciding vote, head judge Shirley opined: ‘Well, I thought both couples really stepped it up a notch and this is always the most difficult decision for me. 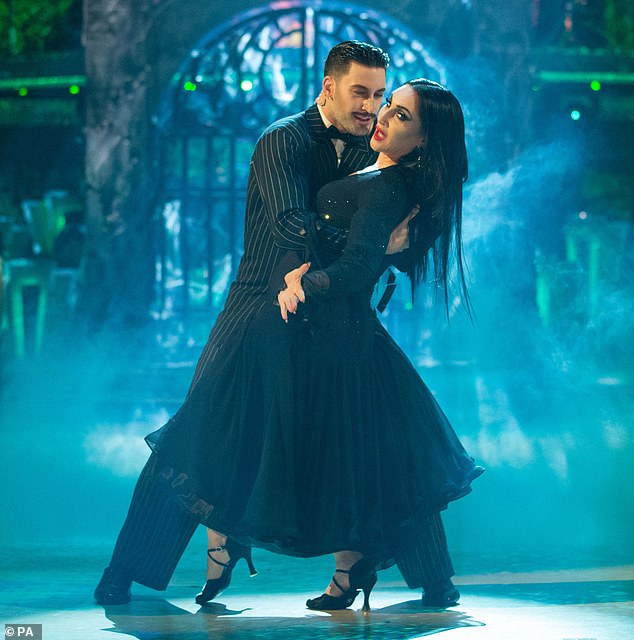 Wow! Michelle Visage and Giovanni Pernice earned the highest  score of the series with their ‘phenomenal’ foxtrot on Saturday

‘But based on a good focus, difficult content, with some really beautiful footwork in there with stronger technical skills for me, cleaner and polished. I’m going to save Mike and Katya.’

On Saturday night, Michelle Visage and her professional partner Giovanni Pernice topped the leaderboard during the spooky Halloween special.

The RuPaul’s Drag Race judge, 51, and dancer, 29, impressed with their Gothic foxtrot to the Addams Family theme tune by Vic Mizzy, which earned them three tens to get 39 points at the end of the show.

Giovanni’s girlfriend Ashley Roberts supported the duo from the audience, cheering them on as Shirley Ballas dubbed their performance ‘phenomenal’. 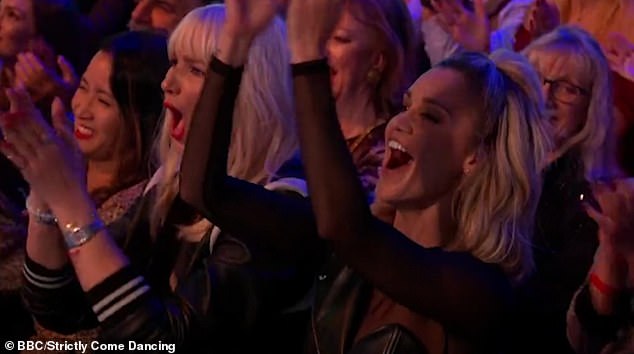 Delighted: Ashley Roberts watched the pair from the sidelines and cheered them on ecstatically after their impressive dance was over

She said: ‘Lovely musicality. It was my favourite number so far.’

Bruno added: ‘You managed to combine the classic, the gothic and the sassy. The characterisation was so perfect.’

Ever the critic, Craig struggled to find anything negative in the dance, but eventually said: ‘I was desperately looking for something wrong with it and I actually found one little thing – a little bit of gapping. I absolutely loved it. It was gorgeous.’

While Motsi branded the dance ‘sensational’, she added: ‘My little dancing heart was very very happy because I got all those technical bits. I got everything I wanted. That was out of this world.’ 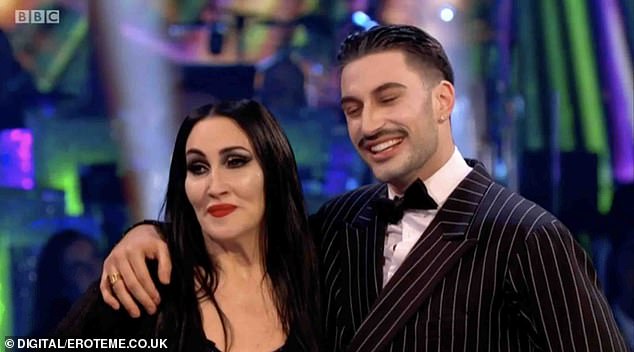 Impressive: Shirley Ballas dubbed their performance ‘phenomenal’, while Motsi Mabuse said she was ‘very, very happy’ with their ‘sensational’ dance

Emma Weymouth and Aljaz Skorjanec  – Charleston – A Little Party Never Killed Nobody by Fergie feat. Q-Tip and GoonRock – 30 points out of 40