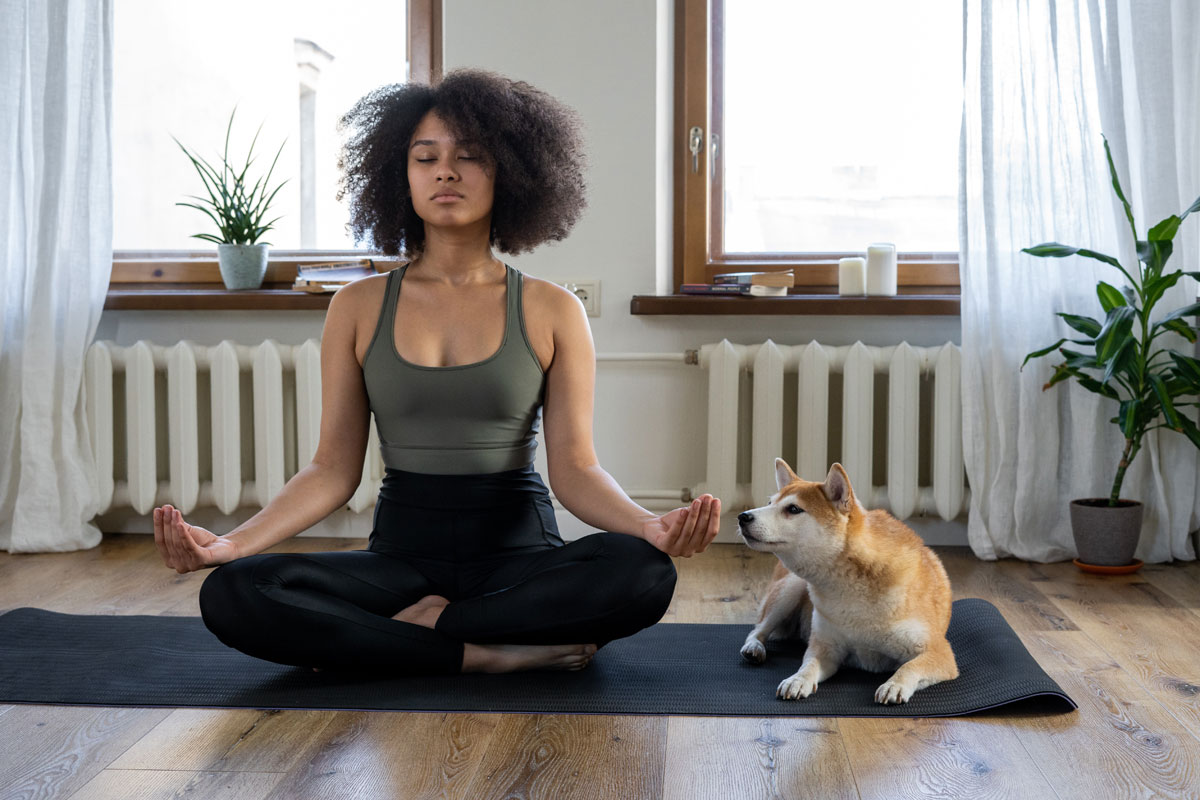 This news came out a little while ago but I’m just hearing about it and wanted to talk about it. A study published in the Psychiatry Journal of the American Medical Association found that an eight week mindfulness meditation course was as effective as the anti-anxiety drug escitalopram, which is better known as Lexapro, at reducing anxiety. Over 270 people were assigned to either a starter dose of Lexapro or a mindfulness course with 45 minutes of meditation at home a day. Both groups reduced their symptoms by about 20%. Experts quoted by NPR as well as the study’s author, Dr. Elizabeth Hoge, warn against replacing prescription meds with meditation and say that it should be considered as another mode of treatment.

Meditation is a well known method of calming anxiety, but now there’s new evidence showing it to be effective at managing anxiety.

For the first time, scientists compared patients who took an intensive eight-week mindfulness meditation program to patients who took escitalopram, the generic name of the widely-prescribed and well-studied anxiety drug Lexapro. They found that both interventions worked equally well in reducing debilitating anxiety symptoms. (Talk therapy, another effective treatment for anxiety for some people, was not addressed in this study.)

The study was published in JAMA Psychiatry on Wednesday, and the research began long before the COVID-19 pandemic struck, when it could still be conducted in person.

Researchers took 276 adults diagnosed with untreated anxiety disorders such as generalized anxiety, panic disorder, or social anxiety, and split them into two randomized groups. One group received a 10 to 20 mg daily dose of Lexapro – a standard beginning dose.

The other half was assigned to weekly two-and-a-half hour mindfulness classes at a local clinic — using an approach called Mindfulness-Based Stress Reduction — plus 45 minutes of daily meditation homework for eight weeks, as well as a day-long retreat around week five or six.

The study participants who took the drugs and those who participated in the meditation program were evaluated at the end of eight weeks using the same clinical scale, and both groups showed about a 20% reduction in the severity of their symptoms.

“The fact that we found them to be equal is amazing because now that opens up a whole new potential type of treatment,” says study author Elizabeth Hoge, director of the Anxiety Disorders Research Program at Georgetown University Medical Center.

Hoge notes that she’s not suggesting that meditation replace escitalopram — she herself prescribes the drug regularly to her anxiety patients. She says her intent is to add new treatment options, and ultimately, provide evidence that would get insurance companies to cover mindfulness-based interventions for anxiety.

NPR goes on to report that people in the Lexapro group were much more likely to still be complying with treatment after six months, with 52% of participants in the Lexapro group still taking their meds and just 28% of people in the meditation group practicing daily. That makes sense as it’s so much easier to take a pill than to set aside the time to meditate. I’m reporting on this to hold myself accountable actually, as I paid to learn transcendental meditation (it was worth the cost) but have to force myself to do it just once a day. It helps so much but it’s hard just to set aside 20 minutes for it. Like the people in the study practicing mindfullness, you’re supposed to do it twice a day at over 40 minutes! I only did the full two sessions during the initial training sessions of less than a week. I’ve been having anxiety due to menopause symptoms and I’ve really noticed a difference when I meditate. (Also when I cut back on caffeine, but screw that.)

If you’re interested in learning more about meditation, I included some of my favorite guided meditations in this post. Guided meditations really helped me to start meditating. So many people are hard on themselves and think their minds should be blank when they meditate. TM teaches that thoughts are a natural part of meditation, and it sounds like this mindfulness process is similar. Whatever you do to meditate, it can help.

This tweet hit close to home! I will jump around to exercise anytime but doing yoga and stretching aren’t priorities at all. 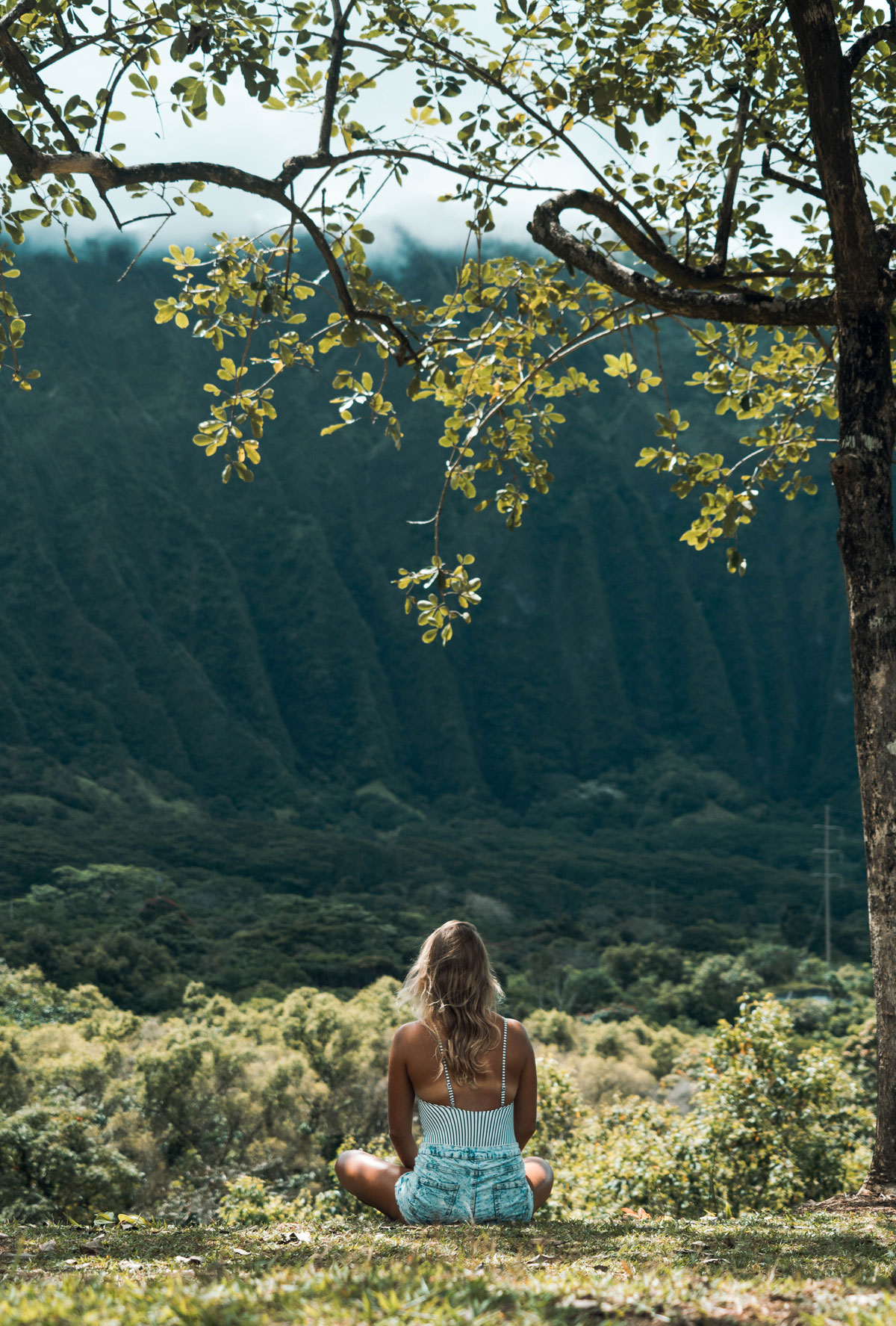 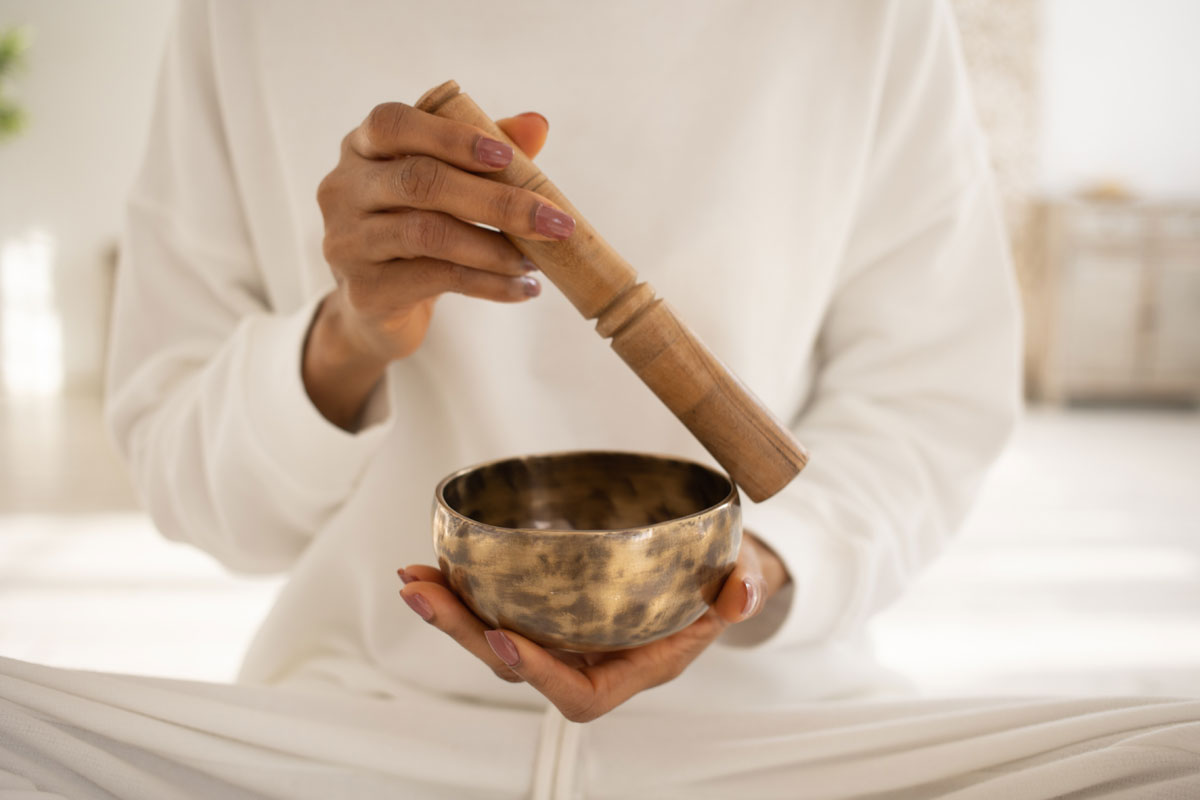