Months ago, we learned the ownership of Death Row Records was changing hands again. Its infamous founder, Marion “Suge” Knight, built the once-flourishing label from the ground up, helping to turn some of hip-hop’s most famous artists, such as Tupac, into household names. Then it all fell down.

Knight, who was convicted of manslaughter in 2018, is currently serving a 28-year prison sentence and will likely spend the rest of his life behind bars. It’s recently been reported that Ray J and Suge Knight have made an agreement over the life rights for the former Death Row CEO’s story. But what is that, exactly? 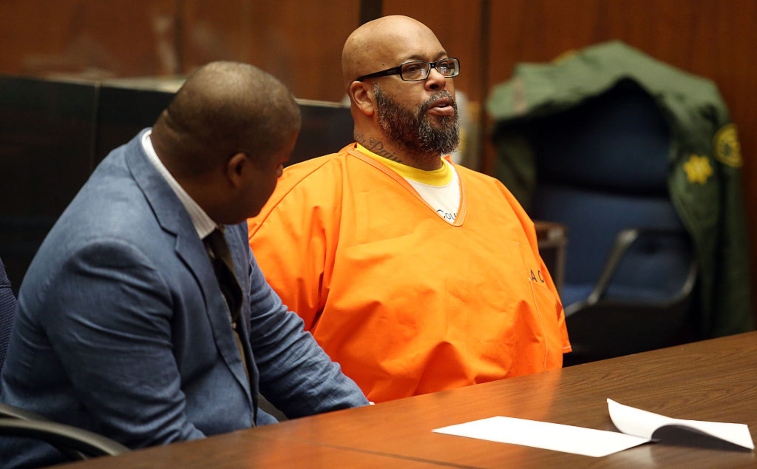 What are life rights, and how can you sign them away?

In layman’s terms, life rights are the rights to tellsomeone’s life story through a variety of mediums, including print media, film,and television. In California where Suge Knight and Ray J are located, there areadditional life rights protections afforded to celebrities.

By signing over his rights, Knight is giving Ray J permissionto develop a biopic or any other piece of content related to his life, without thelatter having to worry about being sued.

What is the deal between Knight and Ray J?

Ray J, who is the brother of Brandy (Norwood) and a musicianhimself, has been friends with Knight for many years. According to Complex,Knight has entrusted Ray J with his life rights since he is unable to conductbusiness as he wants to from prison.

With such an agreement in place, Ray J will be enabled to develop projects based on Knight’s life and work himself, or shop them around to movie studios, etc. Depending on the finer details of their contract, it’s possible that Knight is giving Ray J access to exclusive documents, footage, photos, and the like in order to facilitate a project or business deal.

In Knight’s case, this might be related to his reign at Death Row Records, his relationships with artists like Tupac Shakur and Dr. Dre, or anything connected to his legal troubles over the past few decades. There are already whispers that a documentary about Death Row Records is a possibility but it should be noted that Knight no longer owns any of Death Row’s assets.

Why this could work for Knight and Ray J

Ray J and his family have a track record in theentertainment business, so if Knight wants to make some money in the creativespace off his name, it’s not a bad move. Given his storied—and sometimes mythical—historyin hip hop and the streets, people will probably be interested in learning moreabout Knight’s life.

And given that the 53-year-old is unlikely to be paroled anytime in the near future, handing over some creative control seems like it might generate some real financial opportunities for him.

It was recently reported that a $107 million judgment against Knight was tossed out, and that case stemmed from a dispute over Death Row’s founding and profits.

A separate wrongful death lawsuit was filed in 2015 by the widow of the man he ran over in manslaughter case, but it is unclear if that suit was ever settled. A chance to spin his story into gold could be what Knight needs right now.