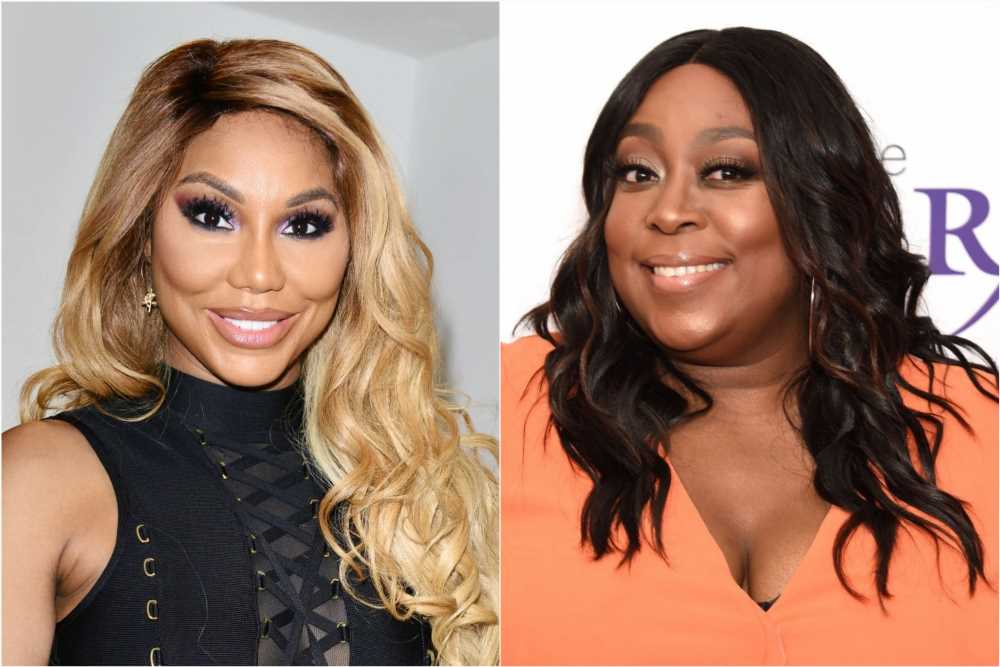 Tamar Braxton is doubling down on her claim that ex-coworker Loni Love was responsible for her firing from daytime talk show “The Real.”

The “My Man” singer took to Instagram Wednesday night to address Love’s claim that she had nothing to do with Braxton’s dismissal from the syndicated program, releasing screenshots of private messages from a friend claiming Love “wrote the network” to get her kicked off the Emmy-winning show.

Tamar and her big sister Towanda Braxton previously called out Love for the same infraction.

“Allegedly…when the guilt settles in,“ Braxton wrote alongside her receipts. “Loni, cut the BS!!! Thanks @wendyshow my sister, for having me!!! U may not have an Emmy YET, but girls are SURELY watching.”

Loni shot back making light of the accusation, asking, “Who writes letters? Who sent this?… let’s talk it out…stop going on every other show. You know you want to…and bring ya man!!! @tamarbraxton.”

The “Braxton Family Values” star didn’t take kindly to Love’s casual reaction, later calling her a liar on Twitter while insisting she no longer wants to be associated with her former girlfriends over at “The Real.”

“I have so many positive amazing television shows coming and music and this always the focus. I honestly don’t want to discuss them nor talk to or about them,” Braxton wrote.

The back-and-forth began hours after the songwriter called her previous co-hosts “catty” during a Wednesday visit to “The Wendy Williams Show.”

Love, 48, and fellow “The Real” co-host Tamera Mowry-Housley, 41, immediately responded, rejecting the label while denying they hold animosity for the songstress.

Love also denied having a hand in Braxton being let go from the series in 2016.

END_OF_DOCUMENT_TOKEN_TO_BE_REPLACED

END_OF_DOCUMENT_TOKEN_TO_BE_REPLACED
We and our partners use cookies on this site to improve our service, perform analytics, personalize advertising, measure advertising performance, and remember website preferences.Ok