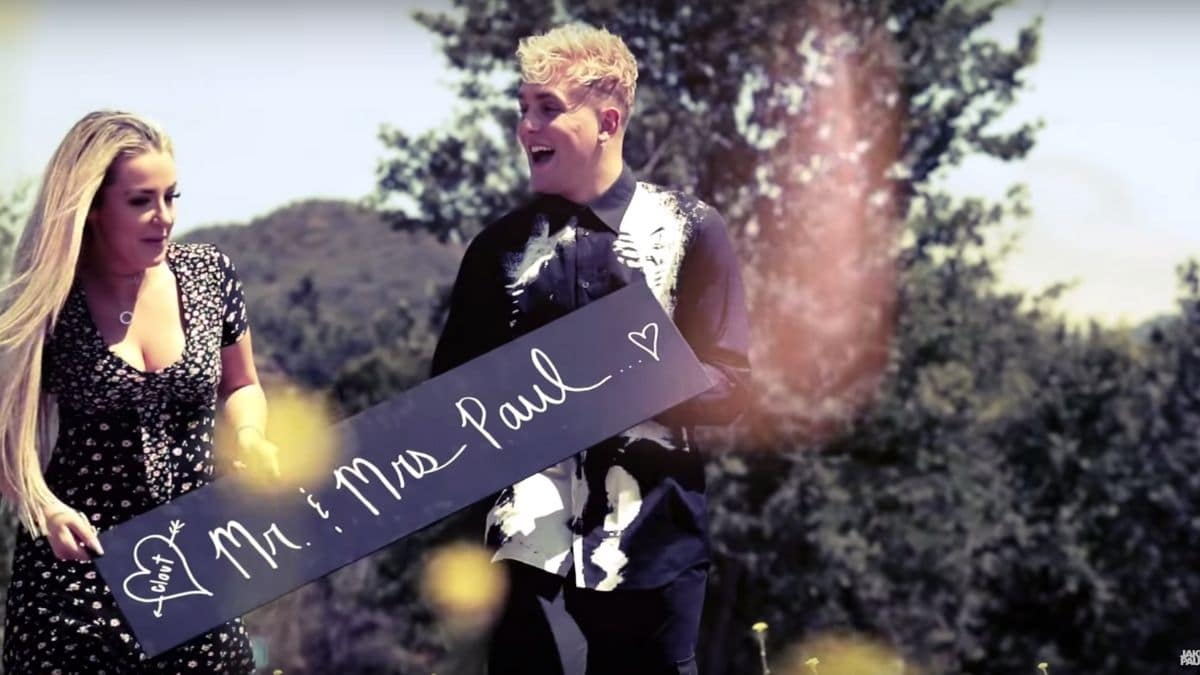 Believe it or not, Tana Mongeau and Jake Paul are tying the knot in a lavish ceremony tomorrow. And the pair are reported to have spent over $500,000 on the event.

They’ll get married at the Graffiti Mansion before heading over to their reception at the Sugar Factory. They also revealed to Metro that they’ve written their own vows and felt that it would “suck” if they had someone write them for them.

The pair are also going a bit non-traditional with their bridal party. Logan Paul, Jake Paul’s brother and controversial YouTuber, will be the best man. But, the wedding party will consist of friends of Jake and Tana on both sides. For example, some of the more important ladies in Jake’s life will be Tana’s bridesmaids and some of the important men in Tana’s life will be Jake’s groomsmen.

MTV will be filming the event, but fans don’t have to wait until then to see everything.

“I feel like love and marriage and life is all about finding each someone who makes you your best self and we both kind of realized that we made each other our best selves, that was the moment we knew. And our life is short!” Tana added.

The big event will take place tomorrow, July 28. And you can expect to see it all over their social media, as well as the social medias of their friends and family.

END_OF_DOCUMENT_TOKEN_TO_BE_REPLACED

END_OF_DOCUMENT_TOKEN_TO_BE_REPLACED
We and our partners use cookies on this site to improve our service, perform analytics, personalize advertising, measure advertising performance, and remember website preferences.Ok