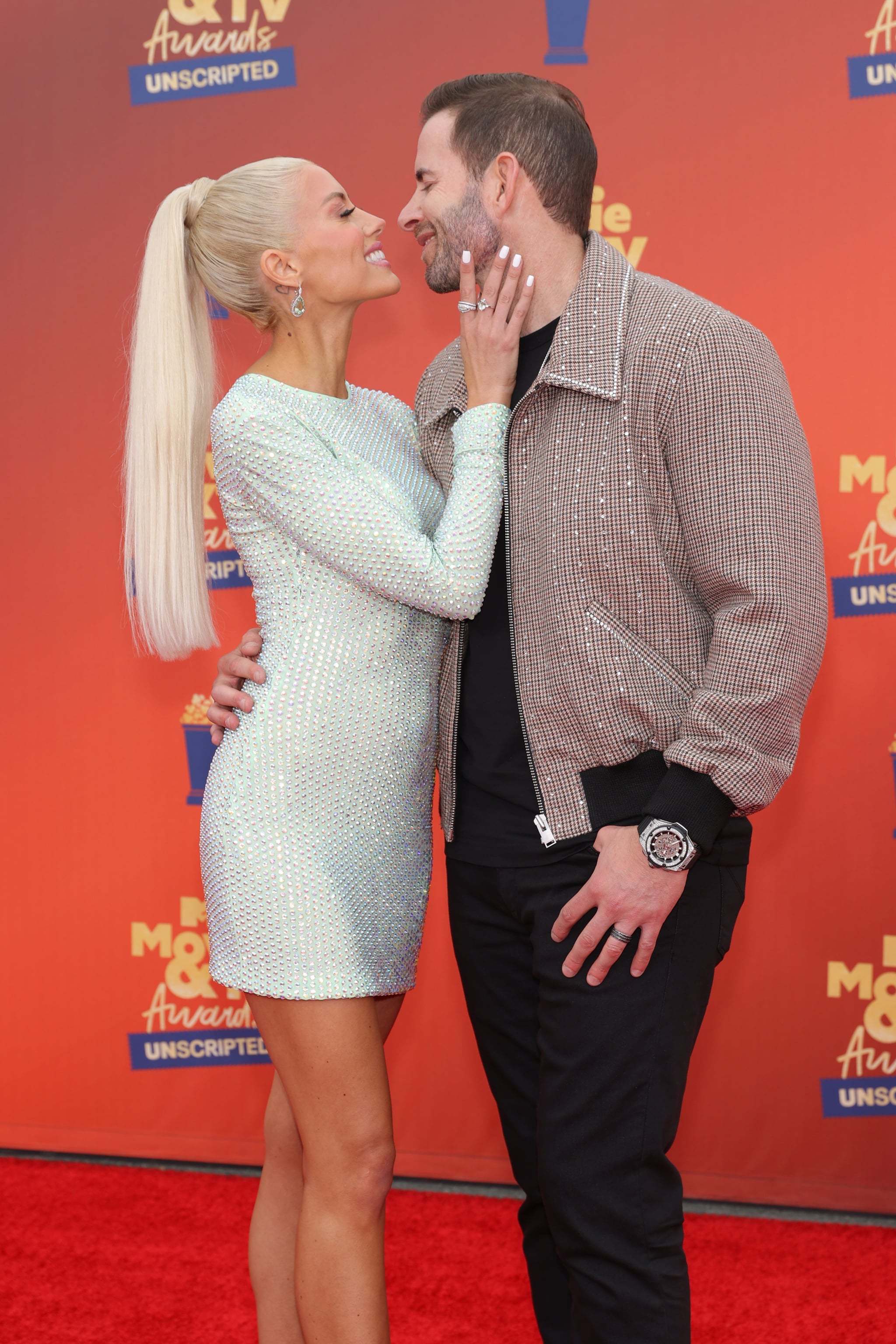 Tarek and Heather Rae El Moussa are expecting their first child together. “It was a huge shock,” Heather told People on July 13. “We just weren’t expecting this. We had just gone through IVF. We had embryos on ice. We had a plan.”

The two got married in October 2021, with the “Selling Sunset” star officially becoming a stepmom to Tarek’s two other children, Taylor, 11, and Brayden, 6, whom he shares with ex-wife Christina Hall. “When we first started dating three years ago, we went into our relationship not planning on having children together,” Heather says. “But as your love grows more and more and you fall deeper in love with someone and you build this life together, I started picturing myself having a child with Tarek.”

The couple had originally planned on undergoing IVF to have another child together. Heather says they even had a date picked out to implant an embryo. The pair found out they were expecting just a few weeks ago, and their child will be due early next year. Heather says she took two pregnancy tests after Tarek “had this weird feeling” while in a Zoom meeting. Both came back “undetected,” so she decided to take one more test to be sure. “I was organizing my clothes. I was just doing other things, and probably like 20 minutes later I was like, ‘Oh, the pregnancy test.’ I went and looked and it said full-on pregnant,” she says.

She ended up telling Tarek the news by wrapping the pregnancy tests in a gift box complete with a baby onesie and confetti. While it took him a minute to piece together the news, Heather says it ended up being a moment of total excitement and relief. “Tarek thinks it’s a girl. I don’t know yet. I just want a happy, healthy baby,” Heather says. “I’d be happy with either. But I secretly want a little mini Heather.”

She adds, “I think when you least expect it and there’s no stress in your life, the world just brought us what was meant to be. I’m so excited that it happened like this.” Heather posted photos on her Instagram featuring her baby bump on the beach alongside the entire El Moussa family with the caption, “Surprise!!! Baby El Moussa coming early 2023!! 🤍”