Taylor Swift and Joe Alwyn seem to be ‘the real deal now’ because they are living together ‘for the first time,’ a new report claims.

Taylor Swift, 31, and Joe Alwyn, 29, reportedly took the next step in their relationship amid quarantine: living together. “The fact they’ve decided to share a home for the first time is a pretty clear sign that they’re the real deal now,” a source told The Sun, which claimed that the lovers are currently renting out a “£5.5million pad” (which translates to about $7.5 million) in the north of London, which once belonged to a “famous British rocker.” HollywoodLife has reached out to a rep to comment on the report, which came out on Feb. 11. 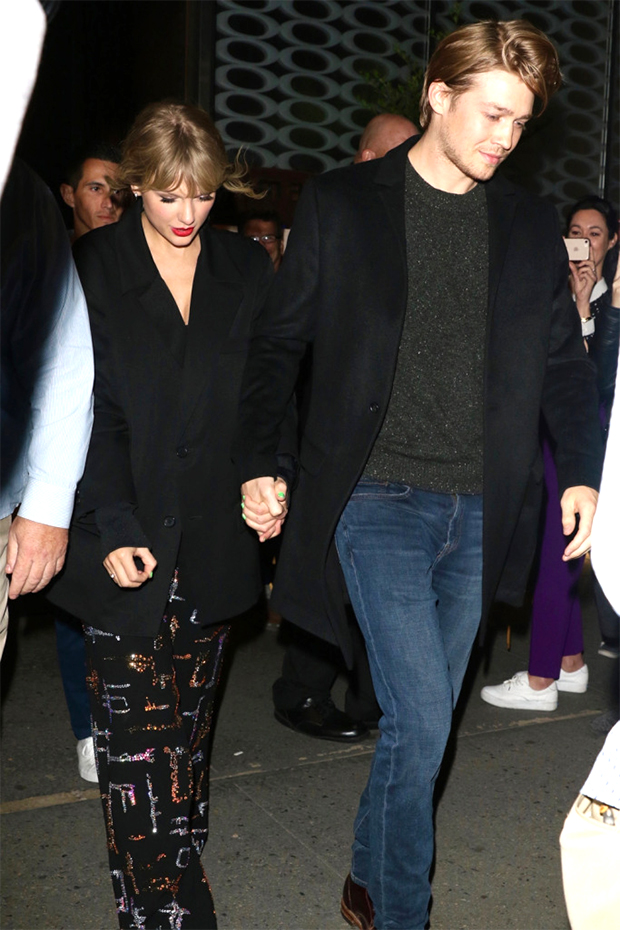 “They’ve been there for most of lockdown,” the source continued. Instead of risking travel amid the COVID-19 pandemic, she has preferred to hunker down in her love nest with Joe, according to the insider who added, “Taylor doesn’t think jetting around the world is the right thing to be doing. She wants to stick to the rules, and doing that together just made sense for them.”

So, the couple has been flying under-the-radar despite quarantining in England’s capital. “They’re actually really normal, they drive around in a really low-key car and just make the odd trip out to go for a walk,” the source reported. “You’d never know one of the world’s biggest superstars was living there.” 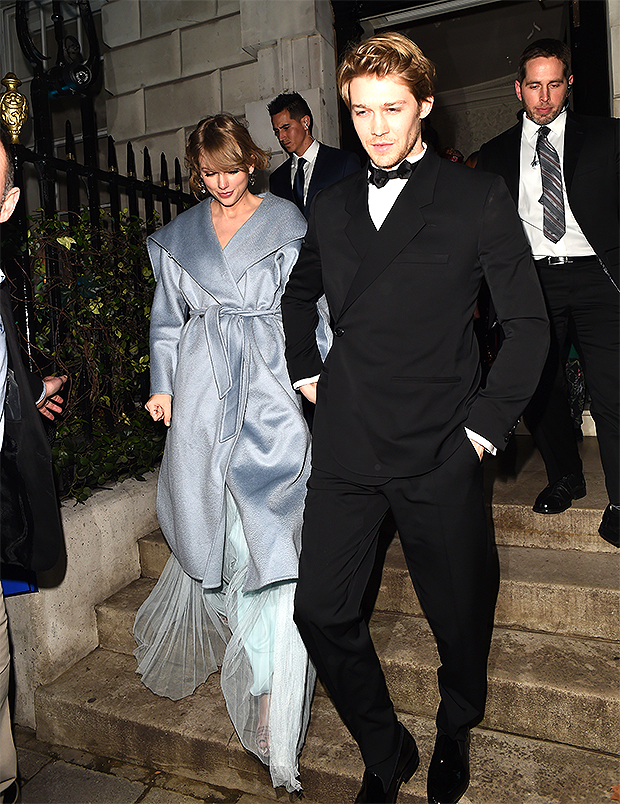 This doesn’t mean Taylor and Joe are necessarily permanently living together, however, the report claimed. Taylor’s “still got her homes in the US too so she hasn’t left there permanently,” the source told The Sun. “But this works for now and it’s the first time they’ve really had a place just for the two of them.”

Overall, “They keep things extremely quiet together, and apart from Taylor’s song lyrics nobody ever really knows too much about how well things are going.” Joe has even helped co-write some of these “lyrics” amid their quarantine. You can find the The Favourite star under the music pseudonym William Bowery on Taylor’s two most recent albums, Evermore and Folkore, which Taylor released in 2020.

Taylor also revealed that her quarantine movie nights with Joe inspired Folklore. “I wasn’t expecting to make an album. Early on in quarantine, I started watching lots of films. We would watch a different movie every night,” Taylor explained to Entertainment Tonight, which led the pop star to have an artist’s epiphany: “Why have I never created characters and intersecting storylines? And why haven’t I ever sort of freed myself up to do that from a narrative standpoint?’”

Earlier in Taylor’s relationship with Joe, the “Cardigan” singer revealed that she was not yet ready to entirely settle down with a significant other. “There’s part of me that feels like I’m 57 years old, but there’s part of me that’s definitely not ready to have kids and definitely not ready for all that grown up stuff,” she admitted while filming her Netflix documentary, Miss Americana, in the fall of 2018. If this new report is true, it looks like Taylor and Joe are getting a little more serious!