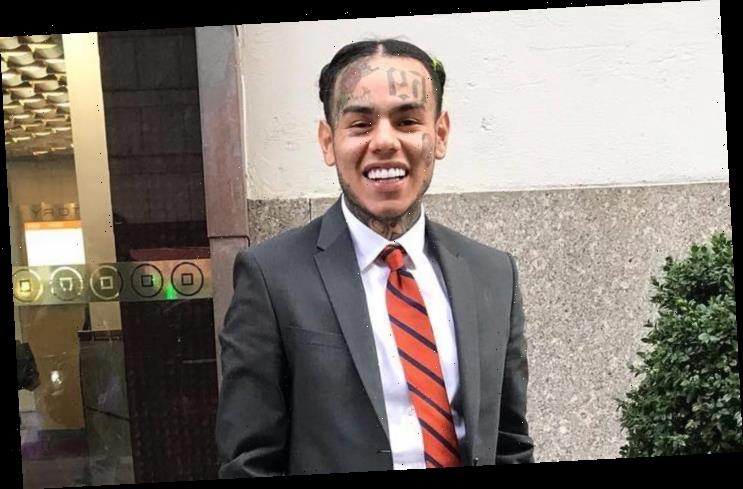 The rapper whose real name is Daniel Hernandez is scheduled to face a judge for sentencing in December, roughly a month earlier than his original sentencing date.

AceShowbiz –Tekashi69 a.k.a. 6ix9ine will learn his fate when he returns to court for sentencing on December 18.

The rapper faces a mandatory minimum sentence of 47 years behind bars for his involvement in the Nine Trey Gangsta Bloods gang – with whom he helped try to kill a rival gang member.

However, last month the embattled rapper testified against fellow gang members as part of a plea deal which – if prosecutors are pleased with his performance on the stand – could see his sentence significantly cut.

The 23-year-old, real name Daniel Hernandez, spent three days testifying about the inner workings of the gang, who he says he joined to promote his music, and his testimony led to the conviction of reputed members Anthony ‘Harv’ Ellison and Aljermiah ‘Nuke’ Mack for kidnapping and racketeering.

Tekashi’s testimony was met with scorn from his fellow rappers, however, with Snoop Dogg labelling him a “snitch” and 2 Chainz calling him out as a “rat” online.

The star has reportedly turned down the opportunity to enter a witness protection programme, and plans to relaunch his music career after his release from jail – which, according to reports, he thinks could be as soon as next year.

He currently remains in federal custody.

END_OF_DOCUMENT_TOKEN_TO_BE_REPLACED

END_OF_DOCUMENT_TOKEN_TO_BE_REPLACED
We and our partners use cookies on this site to improve our service, perform analytics, personalize advertising, measure advertising performance, and remember website preferences.Ok