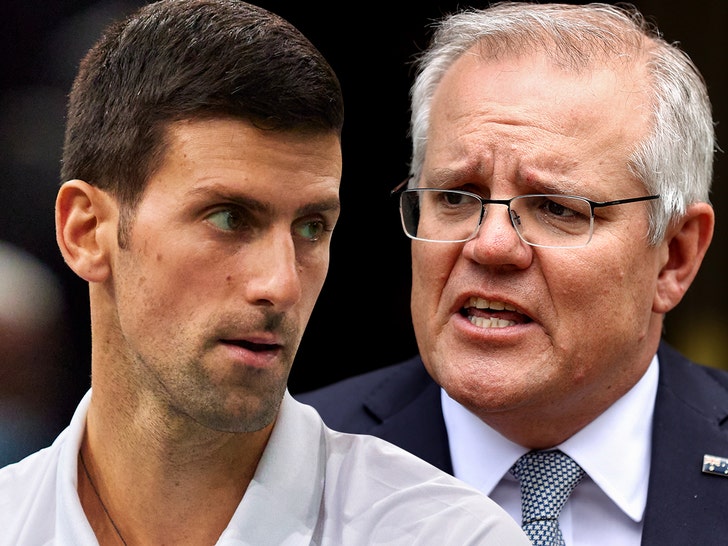 4:35 PM PT — Novak Djokovic’s visa has been canceled and the tennis star is NOT going to be admitted to Australia, so says the countries top politician, Australian Prime Minister Scott Morrison.

Morrison made the announcement on his social media page, saying … “Mr. Djokovic’s visa has been canceled. Rules are rules, especially when it comes to our borders. No one is above these rules.”

The PM continued … “Our strong border policies have been critical to Australia having one of the lowest death rates in the world from COVID, we are continuing to be vigilant.”

Needless to say … barring a minor miracle, it appears Djokovic will not defend his Australian Open title on the court this year.

1:37 PM PT — Australian officials have reportedly canceled Djokovic’s Visa … and are said to be planning to deport the tennis superstar on Thursday.

However, Novak’s attorneys are reportedly appealing the decision.

The Australian Open — which is why he’s in the country — kicks off January 17.

7:37 AM PT — Novak Djokovic has reportedly been denied entry into Australia … where he was headed to play in the Australian Open.

The tennis superstar landed in Melbourne on Wednesday after receiving a COVID-19 vaccine medical exemption … which would’ve allowed him to play in the tourney.

However, when Djokovic landed, officials realized the tennis star requested the wrong visa, according to The London Times.

Medical exemptions didn’t apply to Novak’s visa … and because of that, he was not allowed to enter the country.

It’s unclear if there’s any other method of entry for the world’s best tennis player. But, right now, The Open isn’t looking very promising.

Novak Djokovic isn’t in the clear to play in the Australian Open just yet — Prime Minister Scott Morrison is now demanding the tennis star show proof of his COVID vax medical exemption when he lands Down Under, or he’ll be “on the next plane home.”

Morrison made the announcement at a news conference on Wednesday … saying government officials will not treat Djokovic differently than any other person entering the country — even if the tennis player has already said he has received a valid exemption to the COVID rules. 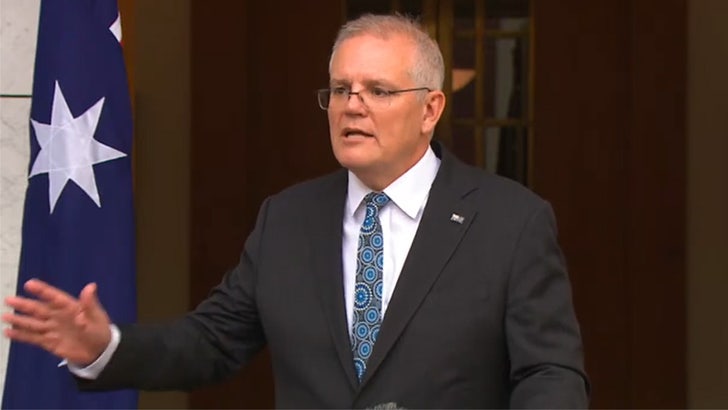 “We await his presentation and what evidence he provides us to support that,” Morrison said to reporters. “If that evidence is insufficient, then he won’t be treated any different to anyone else and he’ll be on the next plane home.”

Morrison continued, “There should be no special rules for Novak Djokovic at all. None whatsoever.”

As we previously reported, Aussie Open officials granted Djokovic — the No. 1-ranked men’s tennis player in the world — a medical exemption earlier this month … and Djokovic was pumped for the news.

The Serbian star wrote on his social media page on Tuesday that he was now headed to Australia to defend his tournament title … showing a photo of him at an airport.

Morrison, though, said the dude better come with the proper paperwork, adding, “The issue is whether he has sufficient evidence to support that he would qualify for that exemption.”

The tournament is slated to begin in less than two weeks on Jan. 17.