The best and worst celeb biopic castings, from Harry and Meghan to Pam and Tommy 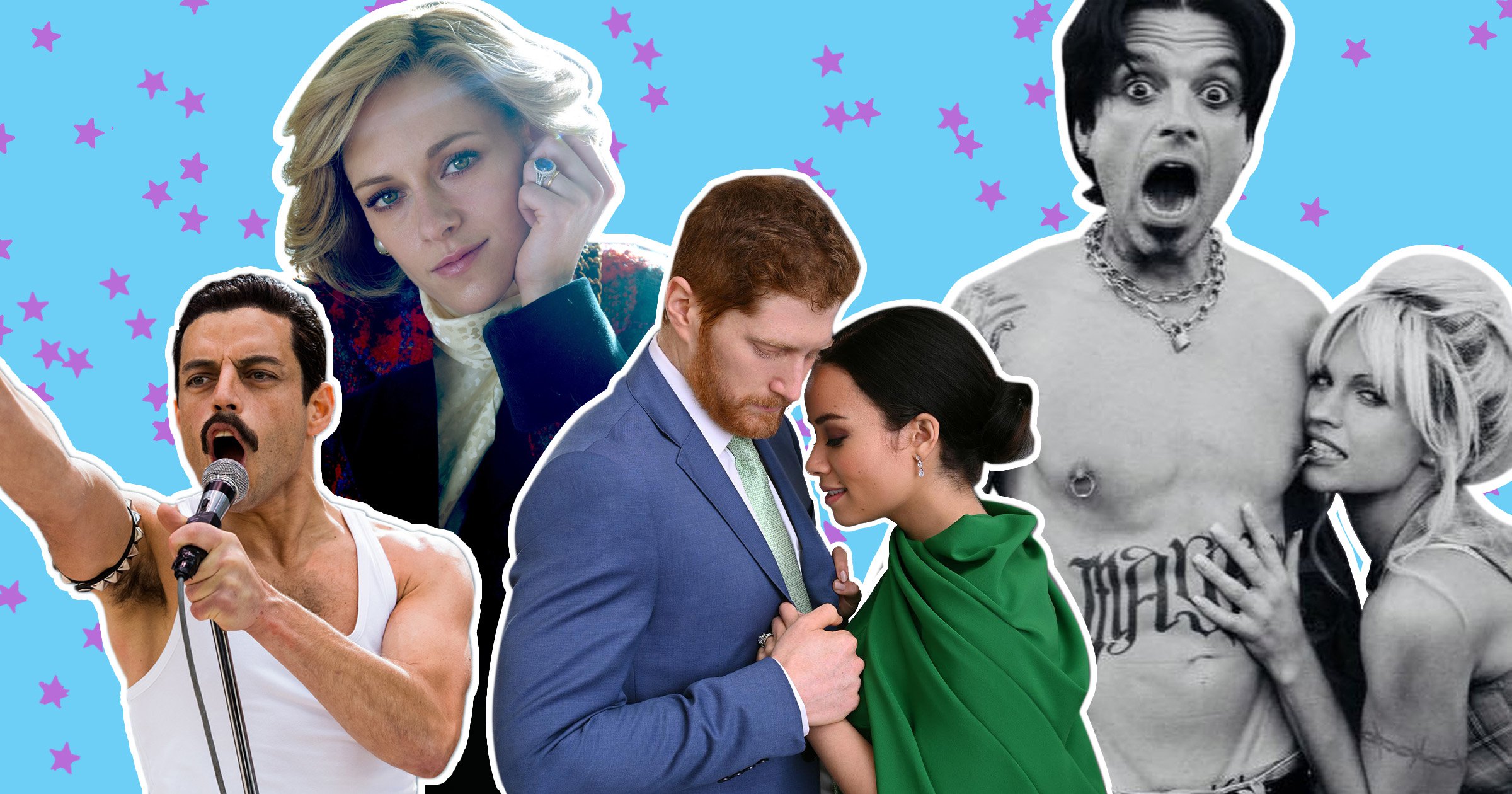 Sometimes the casting directors of celebrity biopics get it spot on, and sometimes they get it oh-so-wrong – as evidenced by the response to the latest stars to play Prince Harry and Meghan Markle.

Viewers were left unimpressed this week after a first-look image was released for Lifetime Canada movie Harry & Meghan: Escaping The Palace.

The upcoming film will star Jordan Dean and Sydney Morton as the Royal couple, with the channel announcing the news on the pair’s third wedding anniversary.

While the movie has yet to even arrive, fans were left nonplussed by the likenesses, claiming that all they’d got right was the ‘hair colour’.

It’s not the first time films about real-life people have got viewers talking – either about the amazing portrayals or the less than impressive choices for the leads.

Viewers were unhappy after seeing the first-look images for the drama about Harry and Meghan’s exit from Royal life – but the movie itself has yet to drop.

If there’s one first-look image that universally blew people away, it was Lily James and Sebastian Stan dressed as Pamela Anderson and Tommy Lee.

From the styling right down to the hair and make-up and even Tommy’s tattoos, it was hard to believe these photos were not of the real deal.

The series is yet to be released, but the teaser images have everyone hooked already – and of course there are some shots in the iconic Baywatch red swimsuit, too.

Rami Malek’s turn as one of the greatest frontmen in music was widely praised by critics – and rightly so.

From the physical transformation to getting the Queen star’s mannerisms and way of speaking down to a tee, Rami was the perfect choice to play Freddie Mercury.

One of the most unbelievable portrayals, Joseph Fiennes as Michael Jackson was so offensive the episode of Urban Myths on which it was featured was pulled before it even aired.

The British comedy series was criticised for using a white actor to play Michael, and was also slammed by the Jackson family on Twitter with Michael’s daughter Paris saying it ‘honestly makes me want to vomit.’

Michael’s nephew Taj added that ‘No words could express the blatant disrespect’ at the portrayal of the Billie Jean singer.

Jamal Woolard’s starring role in Notorious was a huge success with audiences, both for his likeness to the star and his performance.

The previously unknown star embodied Biggie Smalls by adding over 50lb for the role, and has since reprised the Notorious B.I.G. in Tupac Shakur biopic All Eyez On Me in 2017.

Joaquin Phoenix as Johnny Cash in Walk The Line – Good

Johnny’s daughter, Roseanne Cash, was less of a fan as the movie depicted her parents’ divorce and Johnny’s addiction issues and other painful moments from their family’s life.

She told the Guardian: ‘The movie was painful. The three of them [in the film] were not recognizable to me as my parents in any way.

‘But the scenes were recognizable, and the storyline, so the whole thing was fraught with sadness because they all had just died, and I had this resistance to seeing the screen version of my childhood.’

While Lindsay looked stunning in her transformation into Liz Taylor, her performance in the role left a lot to be desired according to the critics.

The film was widely panned, with a review from The Hollywood Reporter labelling Lindsay’s performance as ‘spectacularly bad’ and ‘half train wreck, half SNL skit.’ Ouch.

The Motley Crue biopic, based on their wild autobiography of the same name, was a long time coming but the castings were worth the wait.

Douglas Booth as Nikki Sixx, Daniel Webber as Vince Neil, Ioan Rheon as Mick Mars and Machine Gun Kelly as Tommy Lee were so spot on that it was a huge hit with both the band and fans.

From giving believable performances (which MGK even took four months of drum lessons to pull off) to embodying the rockstar lifestyle, it was hard to differentiate the actors from the real band.

Although the film itself is yet to be released, the world was blown away when the first promo images for Spencer were released.

The hair and make-up transformation was so incredible that it is hard to believe the photo on the left is really Kristen Stewart and not Princess Diana.

While the image is good, fans are interested to see whether Kristen will be able to pull of Princess Di’s accent and mannerisms as well.

Helen Mirren as Queen Elizabeth II in The Queen – Good

Helen’s portrayal of Queen Elizabeth II was so incredible, it made her a firm favourite for an Oscar (which she duly won) long before the film was released, base on reviews from critics.

After the film was shown at the Venice Film Festival, it also received a five-minute long standing ovation from the audience who were blown away by her performance.

Cate Blanchett as Bob Dylan in I’m Not There – Good

Although the casting of a female actress as the musician was an unusual choice, Cate’s performance as Bob Dylan was generally praised.

She was applauded for getting his mannerisms and his gaze down to a tee as she portrayed him as he was in around 1966.

If you’ve got a celebrity story, video or pictures get in touch with the Metro.co.uk entertainment team by emailing us [email protected], calling 020 3615 2145 or by visiting our Submit Stuff page we’d love o hear from you.