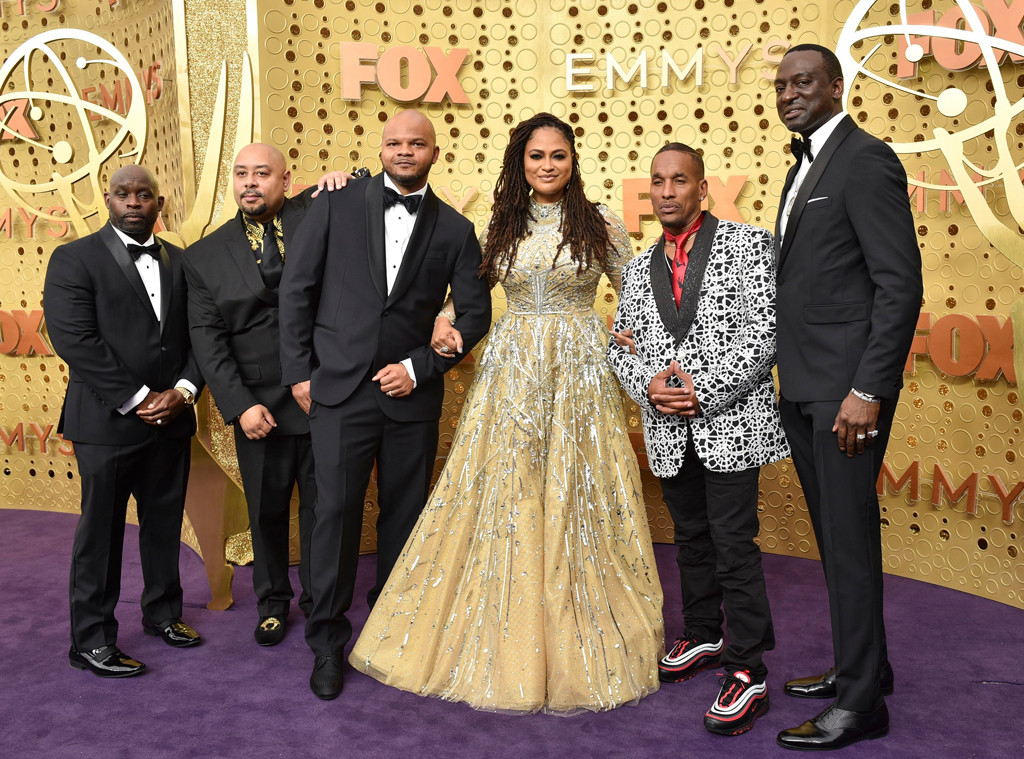 Kevin Richardson, Antron McCray, Yusef Salaam, Raymond Santana, and Korey Wise, also known as the Central Park 5 and the Exonerated 5, walked the carpet with the woman who told their story with the Netflix miniseries When They See Us.

DuVernay explained to E!’s Giuliana Rancic that it was Santana who reached out to her to ask that she consider telling their story, and then he introduced her to each of the rest of the men.

“It’s a blessing, it’s a blessing,” Wise says of what it’s like to finally have the true story told and embraced. “It was all a dream to become a reality.”

Yusef Salaam explains that it was important for each of the men to see each other’s story, because they hadn’t even talked about it.

“To humanize us in such a magnificent way was such an honor, and for me to see Korey, who had gone to the park, but wasn’t s suspect, they weren’t looking for him, and when they came to get me as a suspect, they asked him if he would go with me,” Salaam explains. “This is the ultimate take-a-bullet-for-your-homey kind of thing, and I was just so grateful to see that, because I didn’t know. We never spoke about what our experiences were like, and this was really the first time after almost a decade I believe, for us to have seen each other’s stories and to vibrate with it on a different level and now the whole world got an opportunity to see it, and it’s just an honor.”

DuVernay’s Netflix miniseries tells the story of the group of young men known as the Central Park Five and later the Exonerated Five, who were prosecuted in 1989 for the rape and assault of a jogger in Central Park. They were falsely convicted and all served various sentences despite the fact that their DNA did not match the DNA found at the scene.

The actual assailant confessed in 2002, and all five men were exonerated after serving their sentences.

When They See Us received 16 Emmy nominations in the limited series or movie category, and has already won for casting.