The House Where My Husband Doesn’t Exist

I rang the doorbell of my grandmother’s house before remembering to pull off my wedding ring. I slipped it into my pocket and, just like that, I was someone else — an actor playing a fictional version of me.

In Los Angeles this past December for the holidays, I had arranged to see my grandmother for what I assumed would be the last time; she was 96 and in failing health. When other family members nearby learned I was coming, the visit turned into an event — a bustling gathering of aunts, uncles and cousins I hadn’t seen gathered together in years. This local crowd no longer included me; I had moved to Oregon three years earlier when my husband got a job there.

Inside, one of my aunts squeezed my arm and gave me a once-over.

“Portland agrees with you,” she said. A relatively new grandmother, she wore an expression of weary contentedness, and I felt a familiar stab of guilt that my mother wears no such expression. That afternoon, my mother had stayed home with my husband to help him feel less alone. To help us all pretend this was not a charade.

With my father and sister following, I passed through my grandmother’s house, noting the same framed photos on the bar, of weddings and births and people long dead. The same artificial flowers in the corner. The same plastic protector covering pristine carpet that will never know bare feet. Curtains partially drawn to block the heat, making the room exist in an eternal twilight. I made a mental note to tell my husband about all of this, things he will never see in a place he does not exist.

The family room was full of uncles and cousins and cousins once removed. In the corner, my grandmother sat in the same spot on the couch where I have always known her to be, breathing through a tube connected to an oxygen tank.

“David!” she called out, raising her arms. Her hair, once so well coifed, was frazzled. I knelt by her, then took her hands into mine and kissed them. I had never done that before, and it surprised us both.

“He kissed my hands!” she said to no one in particular, either moved by the gesture or terrified by its implication; it was the kind of tender act that says, “Goodbye.”

“I’m dying,” she said. My grandmother had been dying for 20 years. On that day, however, her shrunken body declared that truth in a way her voice never could.

There was little else to say. Our relationship had been built on decades of two-minute conversations about her most recent aches and pains. I would reciprocate with a curated version of my life, stripped of any ache or pain. She never knew about my coming out, the conversion therapy, the years of shame and self-loathing nor, much later, my self-acceptance.

I did feel a love born of duty and love earned through shared time. But the best kind of love, cultivated through intimacy and mutual self-giving, we did not share. I discovered that kind of love in someone else, and he was the one I was hiding from her.

My grandmother was likely hiding something from me as well. An unresolved grief? She’d had a tumultuous life in Palestine, being married off to an older man and becoming a mother while in her teens. By the time political turmoil and family infighting forced her to flee to the United States, she had given birth to three more children and lost her husband. Her early life strikes me as a torrent of events that swept her up and jostled her around until, with little say of her own, it beached her unceremoniously in California.

She seemed to have lived the best and the worst of her life before I was born. Perhaps by the time she moved into her stucco ranch house in the San Fernando Valley, she was tired. Perhaps those few hard years of running had earned her a lifetime of rest.

When I got married, my family made a decision for my grandmother, agreeing that everyone could know about my husband and me except her. They feared she would disown me, excoriate my father and blame my mother. My grandmother was from the Old Country and lived by old rules.

I stood to excuse myself, but my grandmother still had one of my hands.

“Why did you move up there?” she asked. “Why leave your family?”

“I like Portland,” I said, adding, stupidly, “Trees.” That’s the only word I could find to describe my experience up north. I couldn’t tell her about my husband and me watching the rain from the porch, or our brisk hikes to see sweeping views of the Columbia River. She would never see the wedding photos of us under the St. John’s Bridge.

“What are you doing up there?” she said.

“I’m taking time to write.” Which was partially true. I moved there because of him, because he got a job, and because we wanted to start a life together on neutral ground, rather than on my home turf in Los Angeles or his in New York.

She waved her hand in disapproval, disappointed that no one in the family became a doctor. Perhaps one of my cousins’ children will go to medical school, but by then it will be too late for her.

“Are you living with anyone?” The question was not prying, merely curious.

What could I tell her? Yes, Nana, I am living with the love of my life, a man who chipped away my walls, brick by brick, until he could see me inside. When the hole was large enough for me to fit through, he held out his hand and I took it and walked into the world, exposed. This man who rescued me from my own facade, the one I am forced to reconstruct for your benefit.

I looked at my aunt, the only other person listening.

“Am I living with anyone?” I said. I didn’t know if there had been efforts to coordinate this fiction. Had anyone bothered to give me a back story? If I were going to lie about who I was, the least someone could have done was prepare a dossier of my false self.

“A roommate,” I said. The word reverberated like an incantation, as if I had summoned the ghosts of every gay person who had ever been forced to use this pretense. A word to protect and erase.

From the moment I accepted my husband’s proposal of marriage, I promised I would never forsake him. For decades, I hid my feelings from the world and suffocated them into nothingness. Our engagement was not only a promise to him; it was a promise to myself that I would never hide again. But here I was.

He understood the need for the ruse. He urged me to see my grandmother because he knew it might be the last time. But his blessing did not redress my offense. That I chose to betray our marriage to keep the family peace did not neutralize the treachery.

“Are you happy?” my grandmother said.

The question caught me off guard. I didn’t know if she had ever asked if I was happy. She wanted me to be successful, to find a wife. But she had never seemed particularly concerned with my happiness.

I touched the pale flesh where my ring had been. “Yes, Nana, I’m very happy.”

She didn’t smile or nod, nor did she pat my hand and tell me that my happiness was what mattered. But I liked to think it gave her comfort. Perhaps the specter of death had softened her edges.

Maybe she would have understood if I had explained how society’s conception of love has changed over the decades, becoming more generous and inclusive. For most of her life, decisions were made by others on her behalf. Maybe she deserved to know who I was and make her own decision about how to respond.

“This is the last time you will see me,” she said, a pronouncement.

I resisted the urge to disagree. I didn’t want to tell her that she would get better or I would visit her again soon. I had run out of the capacity to deceive for the day.

“I love you,” I said, but now I was speaking to someone else. To the man who did not exist in her house. He was with my mother watching a movie, or making lunch, or chatting about his family and the reasons for his estrangement from them.

I reached into my pocket and felt the smooth contours of my wedding ring. In the darkness of my pocket, my finger slipped through it. 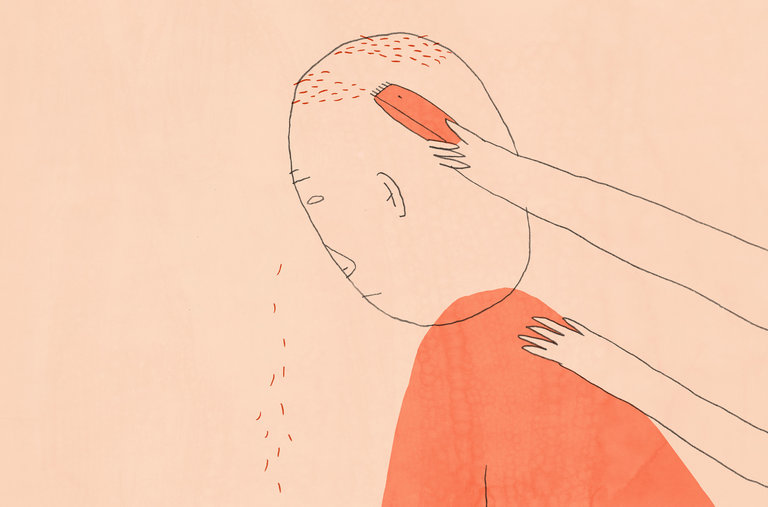 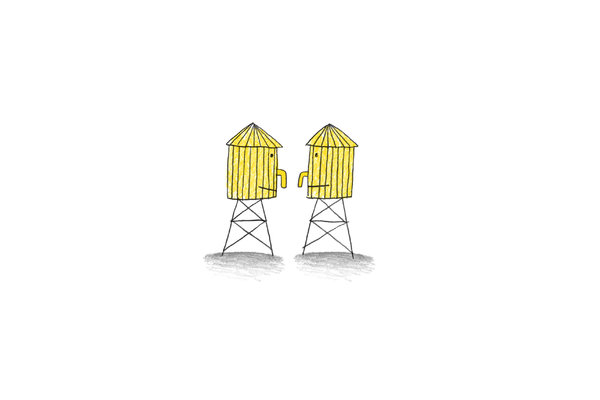 David Khalaf and his husband, Constantino Khalaf, are authors of “Modern Kinship: A Queer Guide to Christian Marriage.”

Modern Love can be reached at [email protected]