The latest episode of ‘The Mandalorian’ featured the long-awaited return of a major character, and ‘Star Wars’ fans are beside themselves 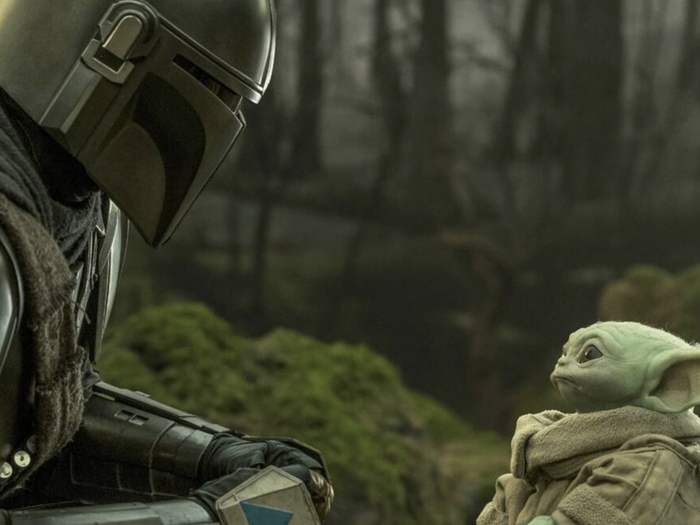 Boba Fett just made his long-awaited return to live-action "Star Wars" in the latest episode of "The Mandalorian."

In "The Tragedy," the sixth episode of the second season, adult Boba Fett made his first live-action appearance since 1983's "The Return of the Jedi" — a young Boba Fett was seen in "Attack of the Clones" and in animated form in "The Clone Wars" and "Rebels."

In the episode, the Mandalorian lands on Tython to place Grogu (previously known as Baby Yoda) on a seeing stone to see if he can make a connection to the force. Soon after, though, Boba Fett's iconic ship Slave 1 lands on the planet, too. Even the sight of that was enough to get fans super excited.

Fans were then finally treated to the return of one of the most popular "Star Wars" characters ever. Boba Fett, played by Temuera Morrison, confronted Mando — and looked pretty worse for wear. Chronologically, Boba was last seen falling into the Sarlaac pit when Luke Skywalker freed Han Solo from Jabba the Hutt. Boba was presumed dead.

Boba tells Mando that he wants his armor back, knowing that Mando had previously taken it from Cobb Vanth (Timothy Olyphant) in episode one of this season. At first, Mando is reluctant to hand over the Beskar armor, telling Boba he isn't a Mandalorian. However, after Boba and Fennec Shand (an assassin who appears in season one of the show and is played by Ming-Na Wen) help protect Grogu from stormtroopers and imperial forces, Mando allows Boba to keep his rightful armor.

The moment when Boba dons his armor and begins taking down stormtroopers is one of the most exciting "Star Wars" moments ever, let alone in the show's history. Fans couldn't eat it up quick enough.

One user called Boba "my f—ing GOAT," while another wrote: "'Star Wars' fans after waiting since 1983 to see Boba Fett in his armor again:"

Boba Fett actor Temuera Morrison also played Boba's dad Jango Fett in the prequel series (as well as a ton of clone troopers who were cloned from Jango), and fans also loved one particular line that served as a callback to "Attack of the Clones."

Mando asks Boba if he's a Mandalorian, to which Boba says: "I'm a simple man making his way through the galaxy." Jango said a very similar thing to Obi-Wan Kenobi in "Attack of the Clones" when the Jedi knight visited him on Kamino. A young Boba Fett was also present in that scene.

After Boba, Fenenc, and Mando fought off the stormtroopers, the imperial ships fled, only for Boba to blow them up with his jet-pack. The meaning behind the episode's title, however, then became clear. An Imperial starship blew up Mando's ship, the Razor Crest, while Dark Troopers jetted down and kidnapped Grogu.

The episode ended with Grogu in the clutches of Grand Moff Gideon, while Boba and Fennec promised Mando that they would be in his debt until they help him retrieve the child from the Empire. And fans are already excited for the next episode, which will be the penultimate of this season.