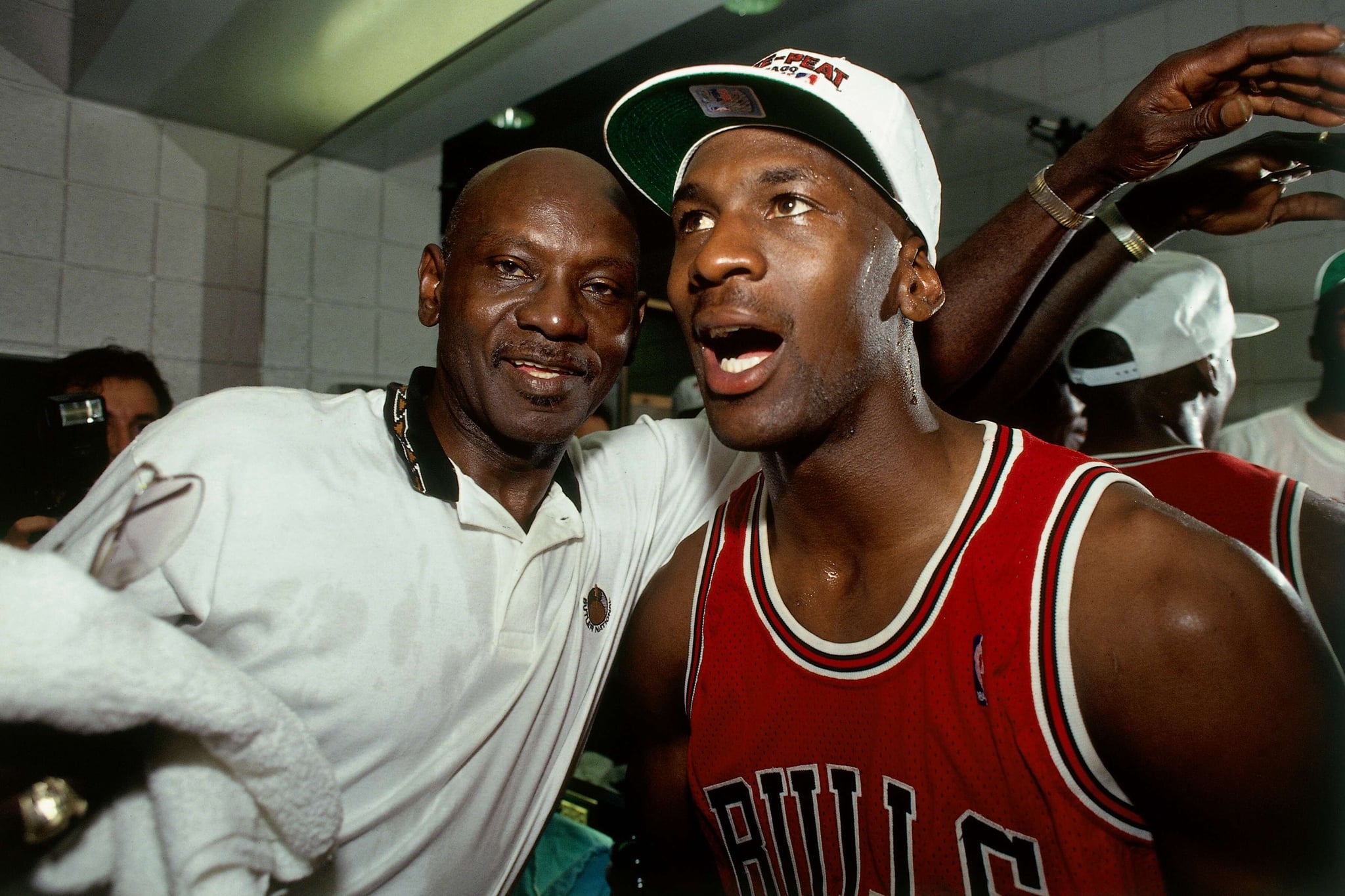 In July 1993, about a month after legendary basketball player Michael Jordan won the NBA championship with the Chicago Bulls, his dad, James Jordan, was murdered in North Carolina. Michael, whose life story is currently at the center of ESPN’s The Last Dance, celebrated his team’s championship with his dad in June 1993 before his dad made a trip down to North Carolina, never to return.

James had made the trip down to Wilmington, NC, to attend the funeral of a former coworker, and while on his way back to Charlotte to catch a flight to Chicago, he was shot and killed in what the Chicago Tribune called a botched robbery. James, who was 56 when he died, was about an hour outside Wilmington when he stopped to take a nap before continuing his drive. He was shot and killed, and his body was found in a swamp 11 days later but wasn’t immediately identified, according to the Washington Post. His car was also discovered 60 miles away from his body. James wasn’t reported missing by his family for 21 days, and on day 22, dental records were used to identify him.

Two men, Daniel Green and Larry Demery, were convicted of crimes relating to James’s death and sentenced to life in prison. However, because James was killed by just one gunshot wound, it was hard for the courts to blame one man over the other. Because of this, each party blamed the other. Larry is being considered for parole soon, according to local news WECT. He maintains he didn’t pull the trigger and shouldn’t serve life for that crime.

It’s also still unclear if there was a motive in James’s murder. Back when it happened, some suggested Michael’s known gambling problem may have been the reason, that perhaps Daniel and Larry were settling a debt. Michael slammed those rumors, though, according to USA Today. “Throughout this painful ordeal I never wavered from my conviction that Dad’s death was a random act of violence,” Jordan said in a statement in 1993. “Thus I was deeply disturbed by the early reports speculating that there was a sinister connection to Dad’s death. I was outraged when this speculation continued even after the arrests of the alleged murderers.”

Michael ended up retiring from the NBA just a few months after his dad’s death, and many speculated that James’s murder had a lot to do with it. Michael said at the news conference at the time, “The most positive thing I can take from my father not being here with me today is that he saw my last basketball game. And that means a lot.” He obviously ended up coming back to the NBA in 1995 to play for several more years, including the 1997-1998 Bulls season at the center of his docuseries The Last Dance.