These Are the Most Bizarre Things Jaden Smith Ever Said

There are plenty of examples of well-adjusted, down-to-earthchildren of celebrities. Though it’s not a hard and fast rule, typically themost ‘normal’ Hollywood kids are the ones who are kept out of the spotlight.But even that’s no guarantee.

Any conversation about reasonable celebrity kids is not likely to include Jaden Smith. The son of A-list actor Will Smith and Jada Pinkett-Smith, Jaden grew up in the bizarre world of Hollywood, and it shows.

He’s an actor and a musician, plus a bit of a philosopher. But perhaps the most intriguing aspect of Jaden Smith, 21, is the collection of exceptionally strange things he’s said over the years. 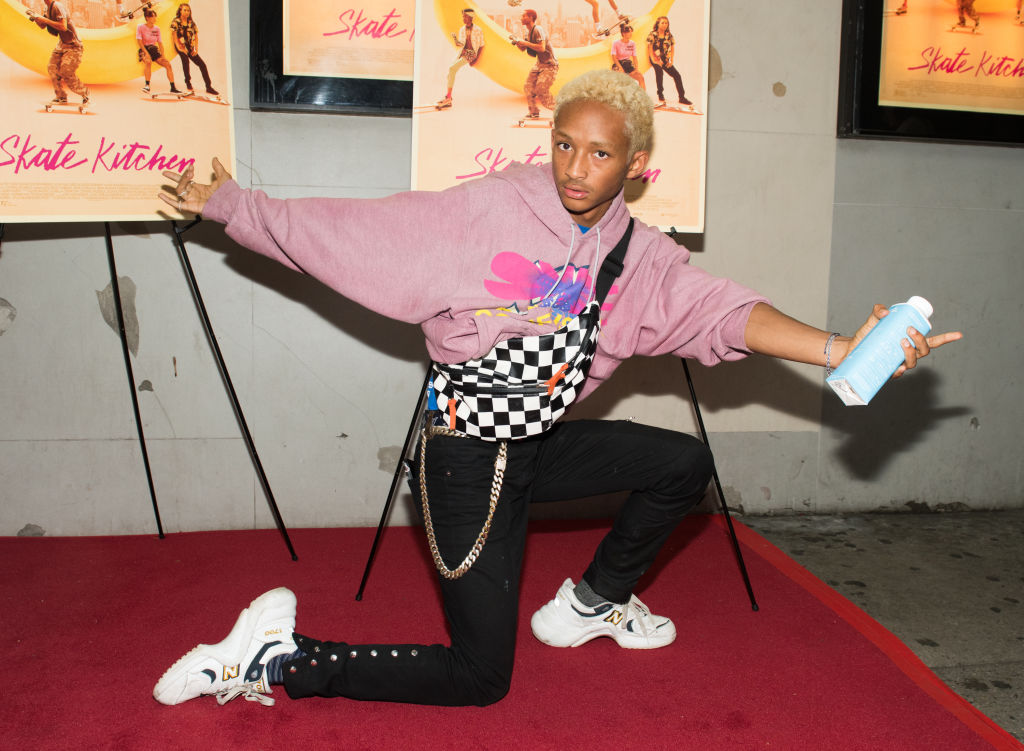 Born on July 8, 1998,Jaden Smith crew up in Malibu among the rich and elite. He began acting in hisyouth while appearing opposite his father in the 2006 film The Pursuit ofHappyness.

Smith has spoken about thestrangenessof his childhood and how his isolation made it difficult to make friends. “People treat me like I’m not a normal human so much, that youstart to believe [it], like, ‘Am I not a normal human?’” he explained in a Dazed interview. “I didn’t always get to hang out with normalpeople when I was young. So being older and being able to hang out with the bigkids and play with normal people is fun.”

He attended New VillageLeadership Academy before leaving to be homeschooled by his parents.

Smith has the weirdest tweets

Jaden Smith has a sizableTwitter following and that’s where he drops most of his unconventional ‘wisdom’.It’s unclear if his 8 million followersare there for truth bombs or just to make fun of the actor/rapper.

Here are some of the most bizarre things Jaden Smith said, which sound a lot like a failed foray into philosophy:

“If Everybody In TheWorld Dropped Out Of School We Would Have A Much More IntelligentSociety.”

“If Newborn BabiesCould Speak They Would Be The Most Intelligent Beings On Planet Earth.”

“If A Cup CakeFalls From A Tree How Far Away Will It Be From Down. #Jupiter”

“There Is No NutrientsIn Our Food Anymore Or In Our Soil OR IN OUR WATER.”

“Trees Are Never SadLook At Them Every Once In Awhile They’re Quite Beautiful.”

And finally: “How CanMirrors Be Real If Our Eyes Aren’t Real”

Jaden Smith has a uniqueoutlook on life

It’s clear that Smith isa deep thinker — though mostof his observations are more than a little confusing.

In a New York Timesinterview, Smith said, “It’s proven that how time moves for you depends onwhere you are in the universe. It’s relative to beings and other places. But onthe level of being here on earth, if you are aware in a moment, one second canlast a year. And if you are unaware, your whole childhood, your whole life canpass by in six seconds. But it’s also such a thing that you can get lostin.”

Later, he confirmed hislife goals. “Ihave a goal to be just the most craziest person of all time,” he explained tothe NYT. “And when I say craziest, I mean, like, I want to do likeOlympic-level things. I want to be the most durable person on the planet.”

Soundslike he’s well on his way.