This Rachel Fan Theory Will Change How You Watch Friends 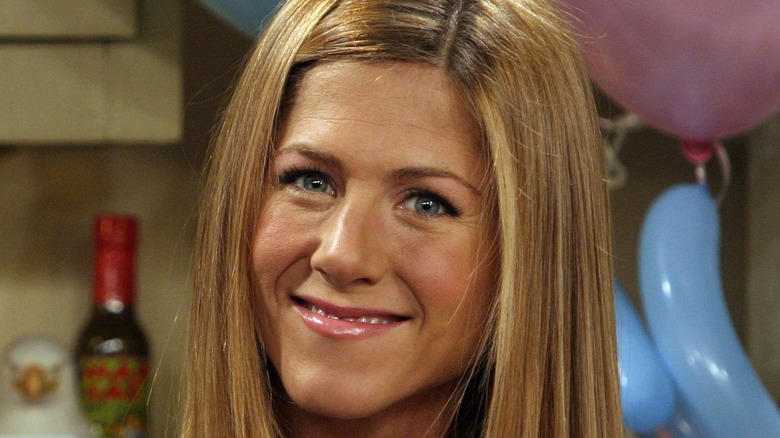 Is it possible that the entire run of “Friends” was nothing but a dream? Some fans have taken to social media to theorize just that, with Rachel in the starring role of this dream.

Millions of television viewers were stunned in 1986 when it turned out that the entire 1985-1986 season of “Dallas” was nothing but Pam Ewing’s dream. She woke to find Bobby in the shower telling her good morning and realized she’d dreamed that he’d died (via Dallas Decoder). In the series finale of “Newhart,” we thought we saw innkeeper Dick Loudon wake up with his wife, Joanna, but instead we saw Bob Newhart’s character wake up as his first sitcom character, Bob Hartley, declaring he just had a bizarre dream. Yes, the entire series was a dream, according to Entertainment Weekly. But the entire run of “Friends” couldn’t be Rachel’s dream, could it?

Well, according to one fan theory, it absolutely could. The Daily Mail reported that a writer named Ted Fox got people talking when he tweeted a picture of the cover for the fourth season “Friends” DVD set. In it, all six friends are in bed under a sheet, but only Jennifer Aniston’s Rachel has her eyes wide open. Fox asked why, and the theories started flowing. 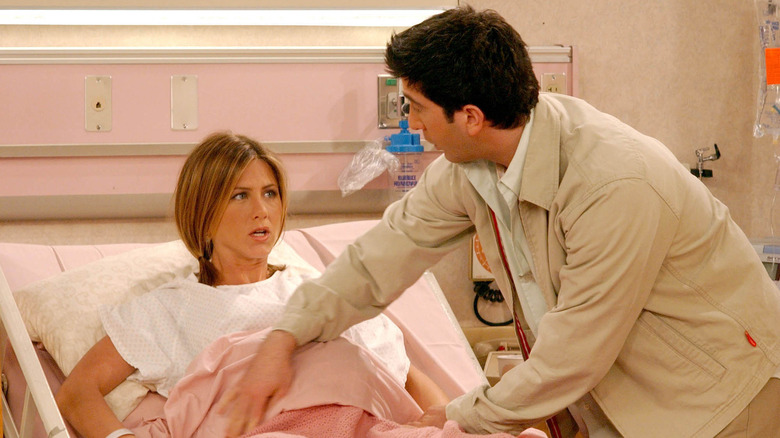 After Fox (whose tweet and the thread that followed it no longer exist on Twitter as of this writing) asked this question, “Friends” fans were happy to oblige with answers, according to the Daily Mail. Most people immediately said the entire series was a dream, but a fan named Phil Dunne explained it all in detail.

“Rachel Green had a dream on the eve of her wedding day. She didn’t want to marry Barry so she had a major anxiety dream. She created a fantasy in her mind and the five other ‘Friends’ characters as a way to escape her spoilt, trapped future life. And also the trauma of getting married the next day. This cover is her partially waking up from that dream at 5 am on the morning of her wedding day. The whole entire series was her anxiety dream.”

Seems plausible, right? But could it be true? After all, the first episode of “Friends” opened with runaway bride Rachel bursting into Central Perk in search of her high school friend, Monica, when she realized she couldn’t marry a dentist named Barry, according to Friends TV.org. If it was a dream, Rachel sure did have quite the imagination and a completely other vision of her life from what it was about to become if she married Barry…