This Video Of Kylie Jenner Filming While Driving Has Fans Livid

You know that feeling you get when you’re just cruising over to your mom’s birthday celebration in your Bugatti and you suddenly get the urge to start chronicling the whole thing on your Instagram Story? Yeah, me neither. But Kylie Jenner might. This video of Kylie Jenner filming while driving to Mama Kris Jenner’s b-day lunch has her fans on Twitter dragging her big time for taking videos and pics while driving.

OK, so if you happened to hit up Jenner’s Insta Story on Nov. 5, what you saw were clips of her mouthing the lyrics to Kid Cudi’s song "My World" and using the dog filter while driving. It looked like maybe she filmed the whole thing by putting her phone in her lap or something? IDK.

Jenner also shared a pic of one of her hands on the steering wheel with the words "It’s the queen’s birthday" written over it and a GIF of her mom sticking her tongue out. It was a straight-up IG masterpiece, IMHO, but it’s definitely not the kind of thing anyone should be posting while driving. 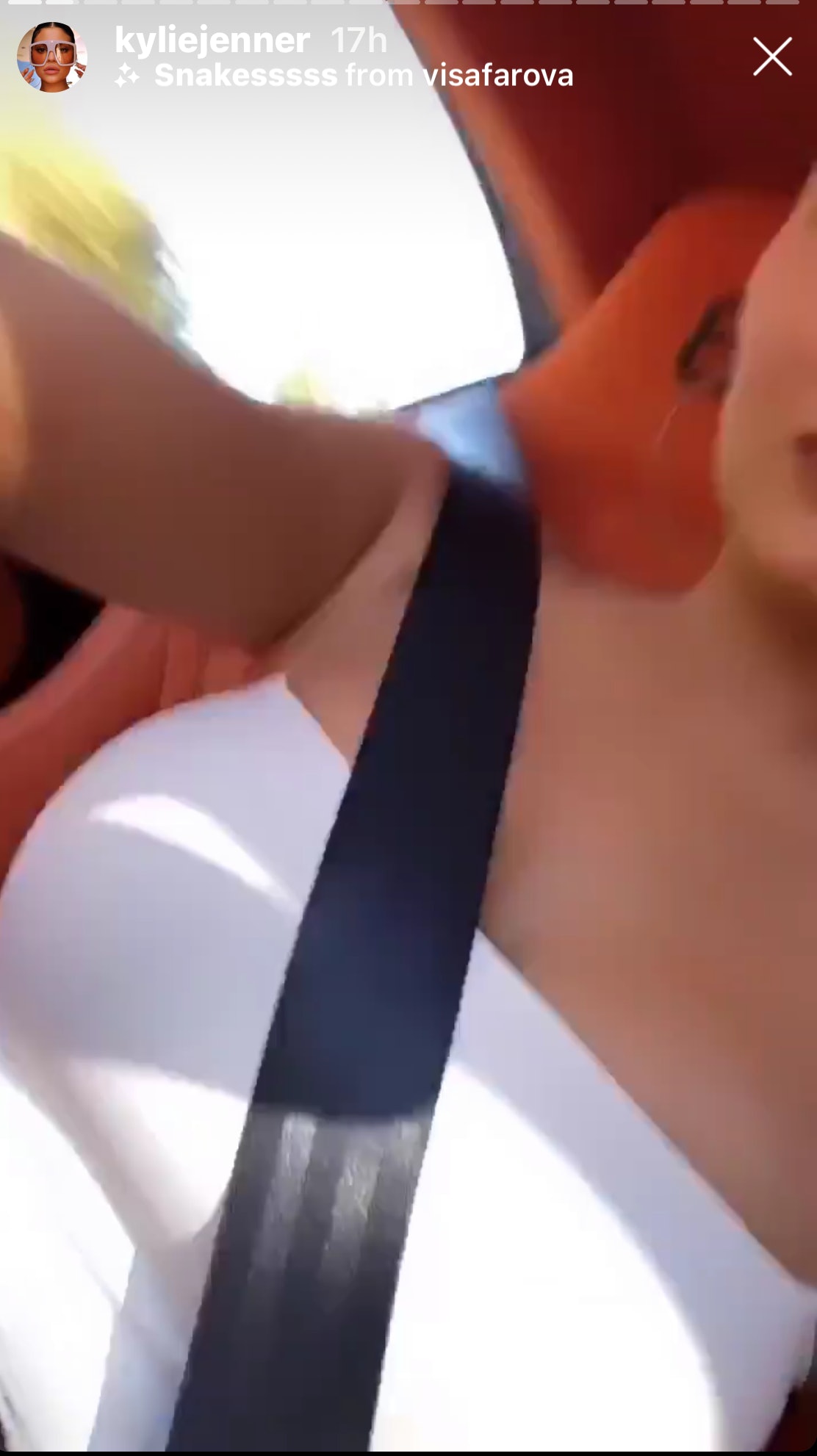 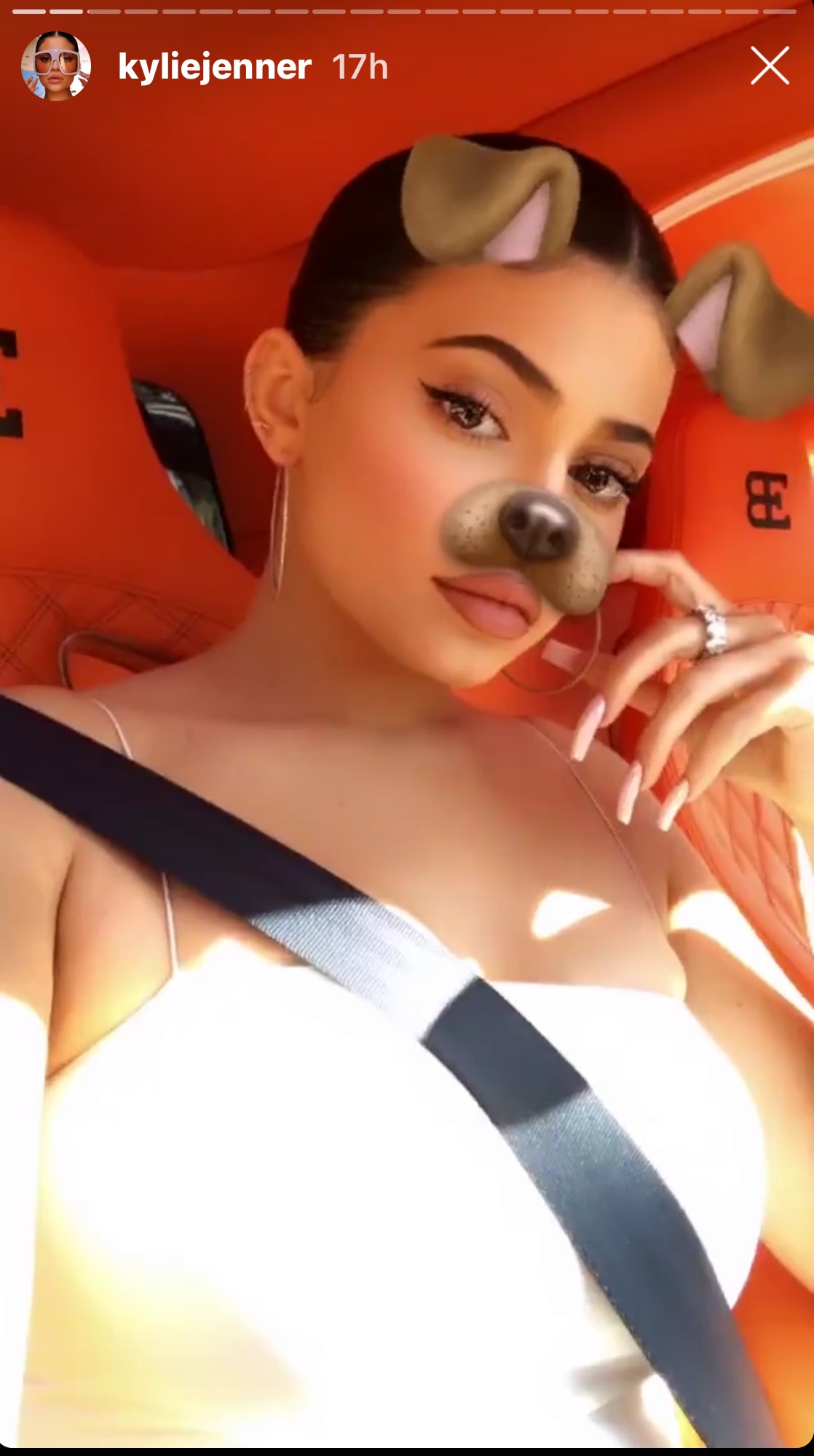 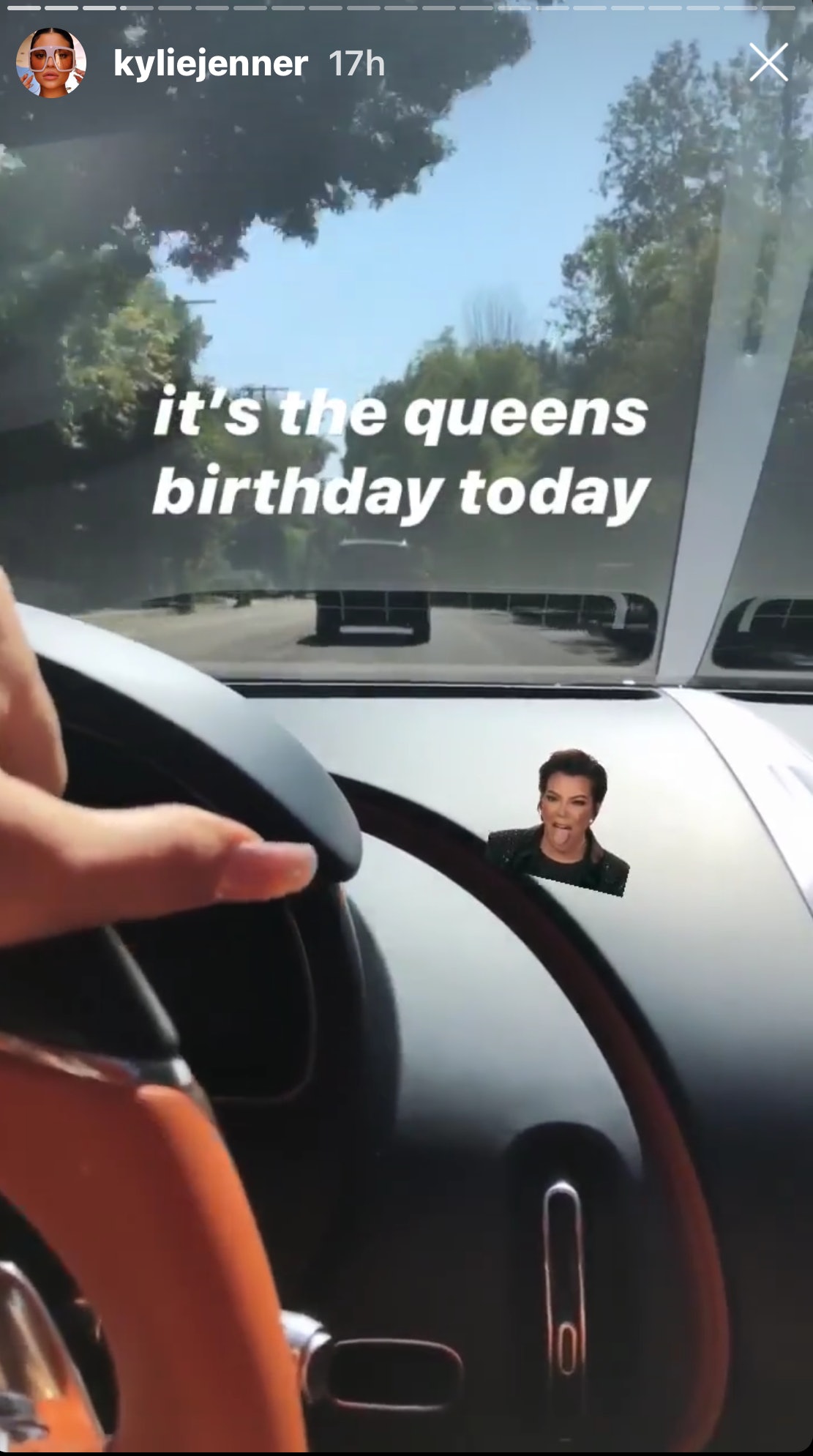 Look, could someone else have been behind the posts — like maybe Anastasia "Stassie" Karanikolaou or Sofia Richie or some other member of Jenner’s girlsquad? Sure. Or could the reality star have shared the content at some later time, or while stopped at a red light or something? Also a possibility. So I’mma go ahead and give KyKy the benefit of the doubt here. But the good people over on Twitter weren’t so forgiving, and the tweets calling the reality star out for being irresponsible and setting a bad example are a lot.

Luckily, KyKy apparently made it to the party in one piece, because she later posted a pic of herself on her Instagram Story that showed her giving her mama a big birthday smooch on the cheek. 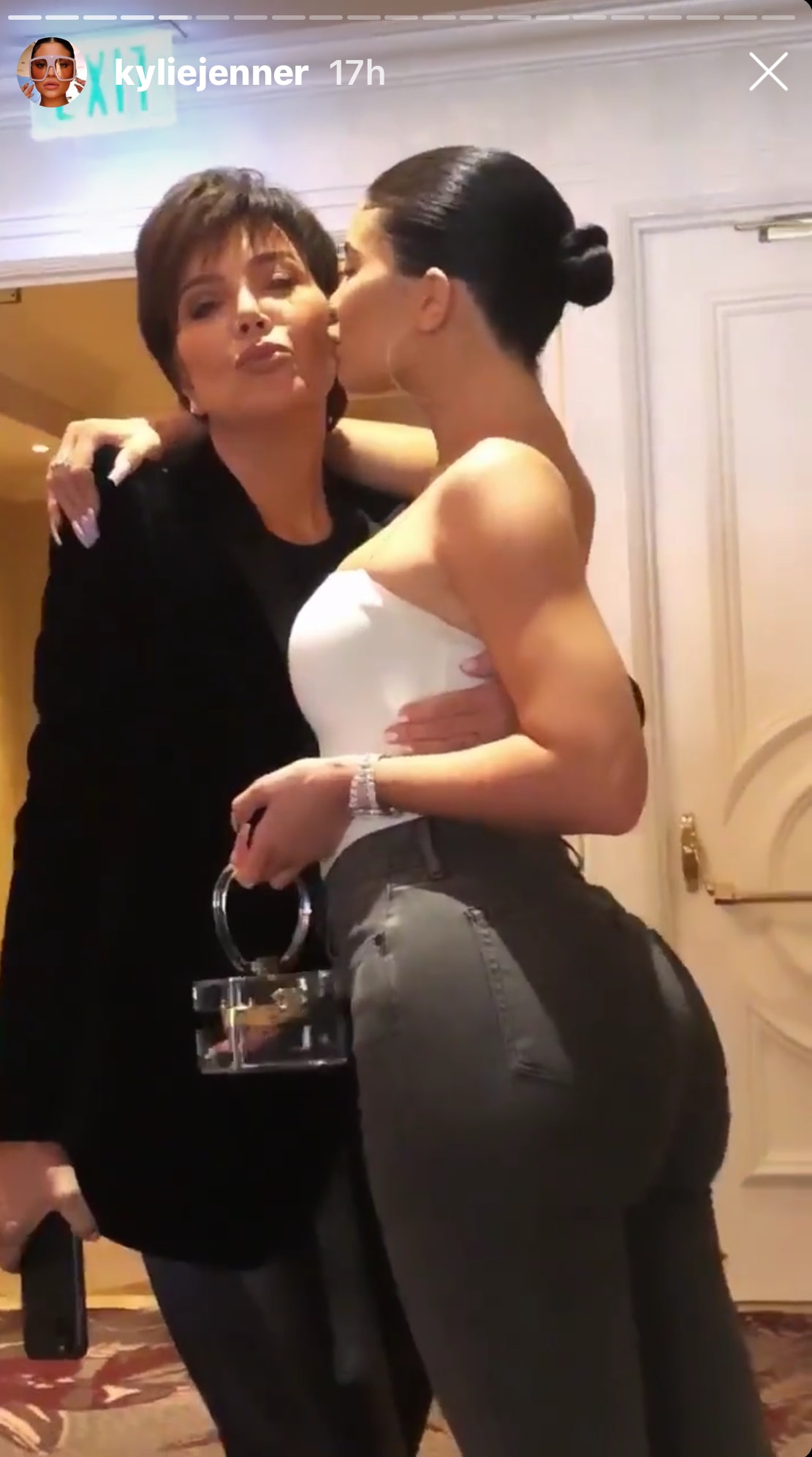 Later, she shared another video in the Bugatti — only this time, it was a clip of Kris Jenner riding shotgun while taking a spin. Fun times! Except for the fact that it looked like the momager was going sans seatbelt. 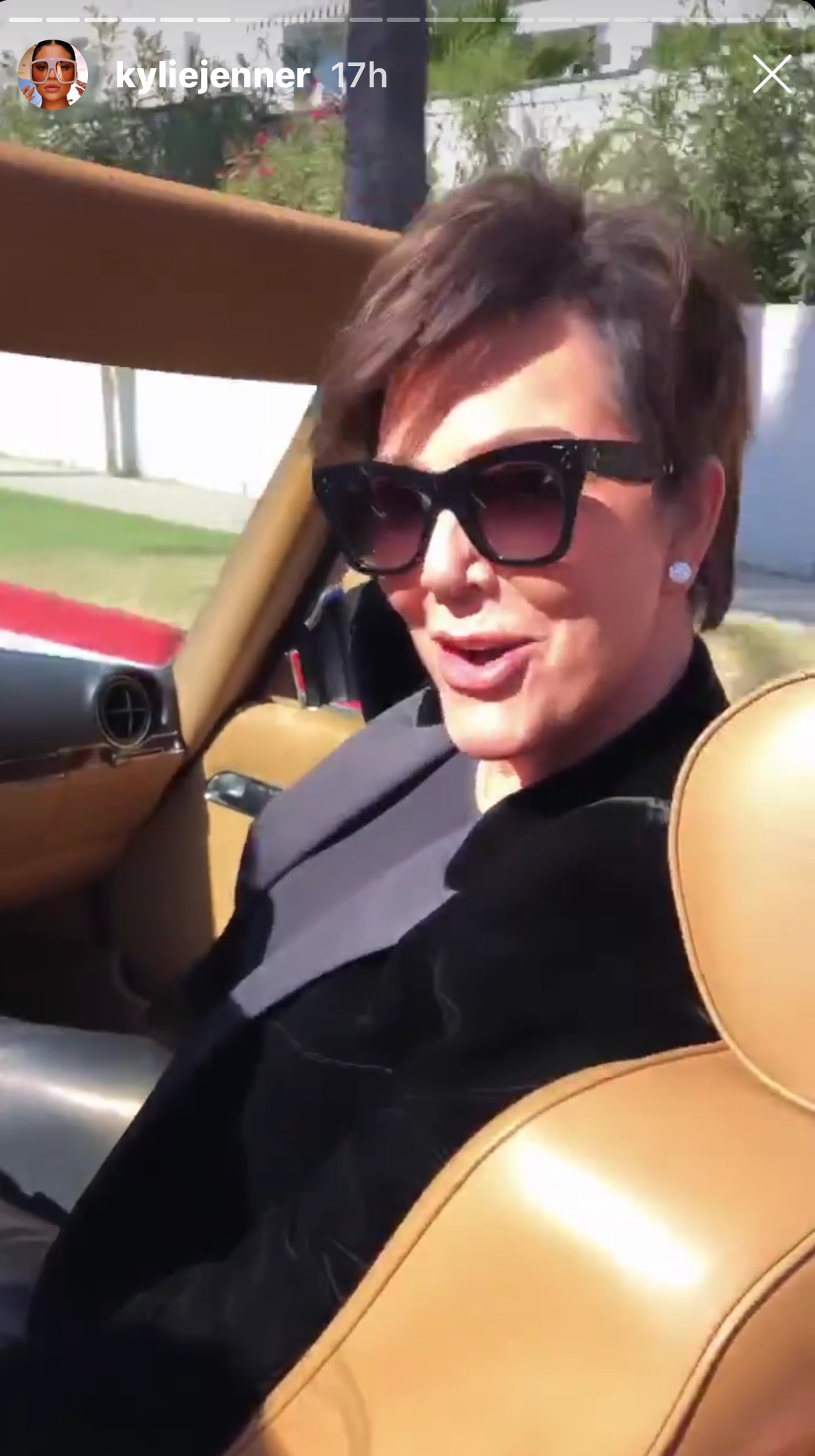 Neither Kylie nor Kris has commented on all the backlash yet. But the bottom line is that they do have a huge audience, and in the future, they may want to think twice about what they put out there.