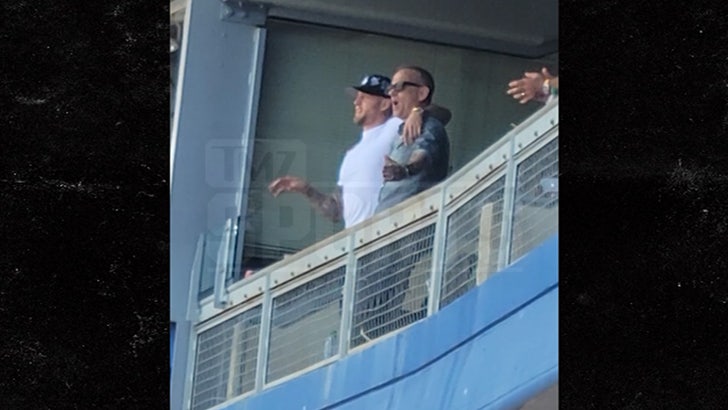 Tom and Chet Hanks had a blast at the Dodger game on Sunday … belting out “Take Me Out to the Ballgame” together — and TMZ Sports has the vid!!

The Oscar-winning actor and his “White Boy Summer” son had a box seat for L.A.’s 5-4 win over the Philadelphia Phillies … and during the 7th inning stretch, the duo passionately joined in on the traditional tune.

Tom and his son looked as close as ever as they vibed out to the song … with Chet wrapping his arm around his dad as the “Finch” star pumped his fists in excitement throughout the jingle. 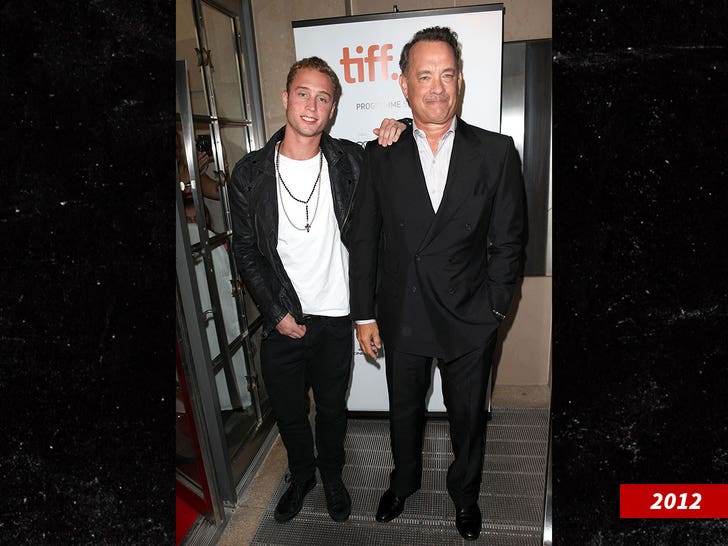 We’re told Tom had a classic approach to the game — keeping track of all the action on the diamond with an old school scorebook.

Of course, Tom and his son have remained tight over the years — but Chet has previously opened up about the struggles of having a world-famous pops.

There were no signs of strife on Sunday … as they root, root rooted for the home team — which came away with the win.