Zendaya and Tom Holland had another cute Twitter interaction.

The Spider-Man actor—along with everyone else on the Internet—loved the Euphoria star’s striking look at Dune‘s London premiere last night. Z and her longtime stylist, Law Roach, chose an ivory Rick Owens gown that combined elegance and strength. The sequin-covered dress featured a shawl neckline—evoking the scarf Zendaya’s character wears in the film’s trailer—and a draping train. The star also gave sci-fi vibes with her sleek updo and sharp purple-and-black eye look. 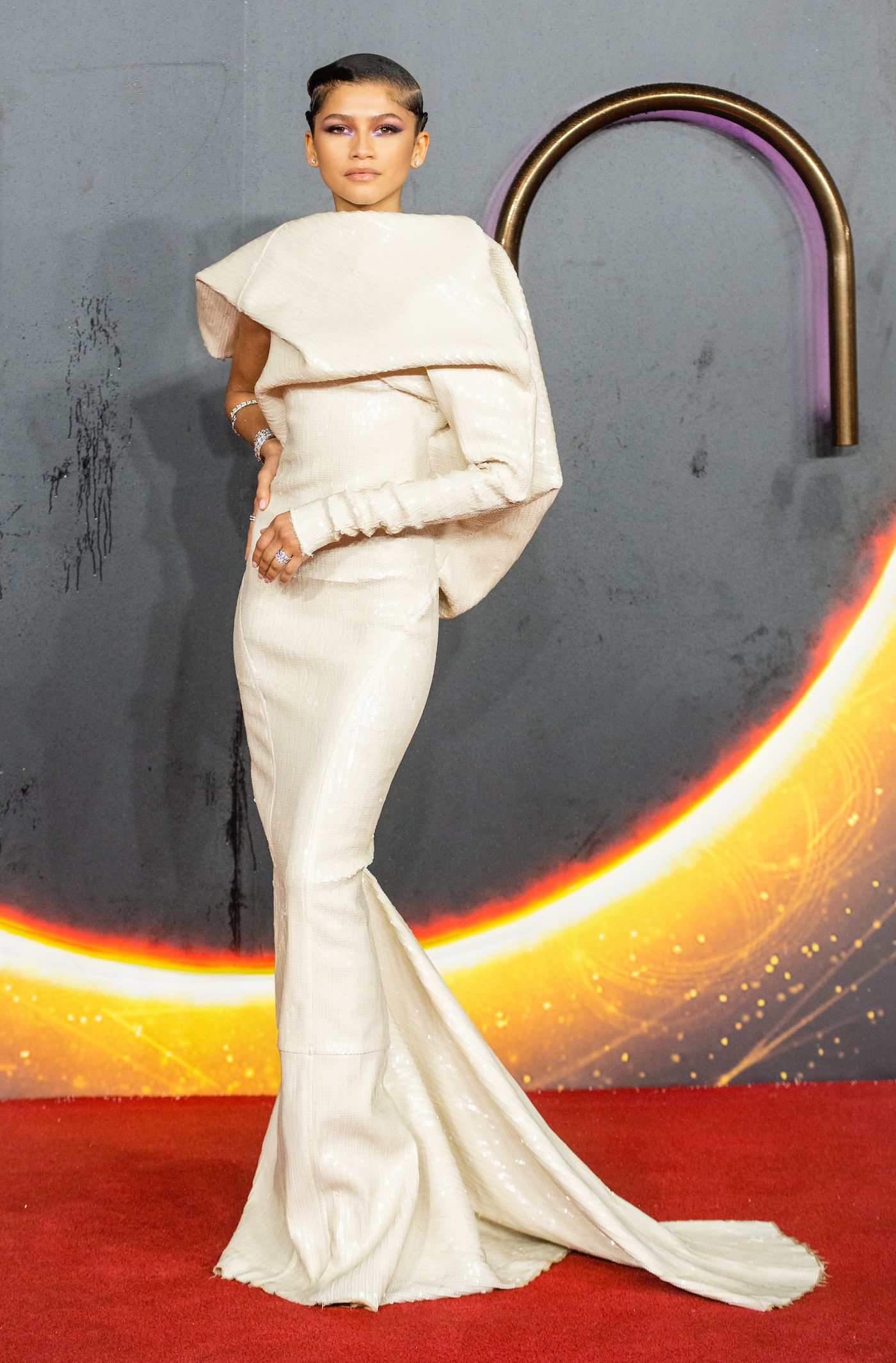 Holland showed his love for the outfit (and his rumored girlfriend) on Instagram, sharing a black-and-white shot of Zendaya captioned with “Dune 😍.” Z’s response in the comments: “🥺.”

The costars and close friends have kept their relationship status private since they were spotted making out in a car in L.A. last July. Though neither of them has confirmed that they’re dating, both actors have shared some sweet moments on Instagram, including Holland’s birthday tribute for Zendaya’s 25th birthday.

The Malcolm & Marie star recently gushed over Holland in her November cover interview for InStyle, where she praises his work ethic and dedication to playing a beloved superhero. She also gave a hint that she’s spent a lot of time with the British actor.

“Yeah, he’s a fun time,” she said. “Very charismatic, can make anybody feel comfortable and have a good laugh and a good chat. A good chat—I sound so British.”