Tommy Lee taunts Instagram with yet another cheeky nude upload: 'This cool?!' 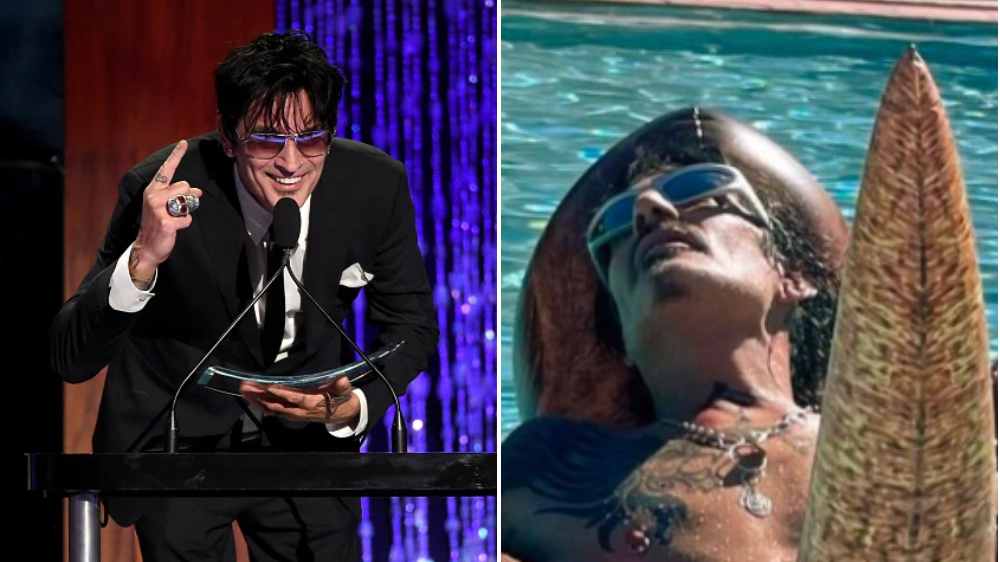 Tommy Lee is at it once again, posing another cheeky photo on Instagram to tease fans and the social media platform.

The Motley Crue drummer caused a ruckus online earlier in August after posting a graphic full-frontal nude shot of himself on Instagram with the caption ‘Ooooopppsss.’

With the naked 59-year-old’s revealing all of himself – and we do mean all – consequently hitting headlines and causing fans to post both their frustration and admiration underneath in the comments, his post was soon deleted by the social site, which has very strict rules when it comes to nudity.

Not one to disappoint his fans though, the unrepentant rocker reposted the picture to his Instagram – this time made into art with by bright colours and patterns Ziva Barrett, the wife of Rob Barrett of the Cannibal Corpse metal band, in a bid to bypass Instagram’s censors.

Now, Tommy has decided to have a little fun, sharing a picture of himself floating in a pool on an interestingly shaped blow-up device.

Lying back wearing nothing but sunglasses with his legs splayed, the float features a very specifically placed prong inflated between the musician’s legs.

Clearly knowing exactly what it looks like, Tommy wrote in the caption: ‘Yo @instagram ‼️ This cool⁉️’

Friends and fans again took to the comments to share their thoughts, with guitarist John 5 joking: ‘Good thing I had my camera.’

‘Well this is a miniature version though so not as scandalous..,’ wrote one fan, while another added: ‘You gonna put someone’s eye out!’

Others voiced their exasperation at Tommy once more, with a chorus of ‘oh no here we go again’, ‘No sir’ and ‘ENOUGH’.

Warming to his theme, the drummer also shared another float picture, taken on Wednesday, to his Stories, this time showing him in a glittery seahorse ring with a curled pink, green and blue tail between his legs.

Over the weekend, the rocker had addressed his initial explicit photo, telling a crowd at a San Antonio, Texas gig that he was ‘on a mother**king bender’ during a break from tour when he shared the picture.

‘I got f**king sideways as f**k and got naked and posted pictures of my d**k.’

The series contained one particular scene in which Tommy was seen on hallucinogenic drugs, standing naked in front of a mirror and talking to his penis – which in turn, naturally, talked back.

It was a scene so unexpected it even made morning TV as Lorraine Kelly urged her fans to watch the mini-series.