Scotto initially brought up the 46-year-old actress’ bank account by acknowledging Spelling’s money woes will be a story line on the Beverly Hills, 90210 quasi revival.

“Tori, it’s got to hit a little close to home when you start talking about financial problems,” Scotto said on Tuesday, August 6.

“That was a decision I made and we made together to put that in there,” Spelling replied, looking at costar Jennie Garth, who joined her for the segment. “That’s such speculation, media loves to talk about it, so we were like, ‘Let’s face it straight on. Let’s put it in there.’” 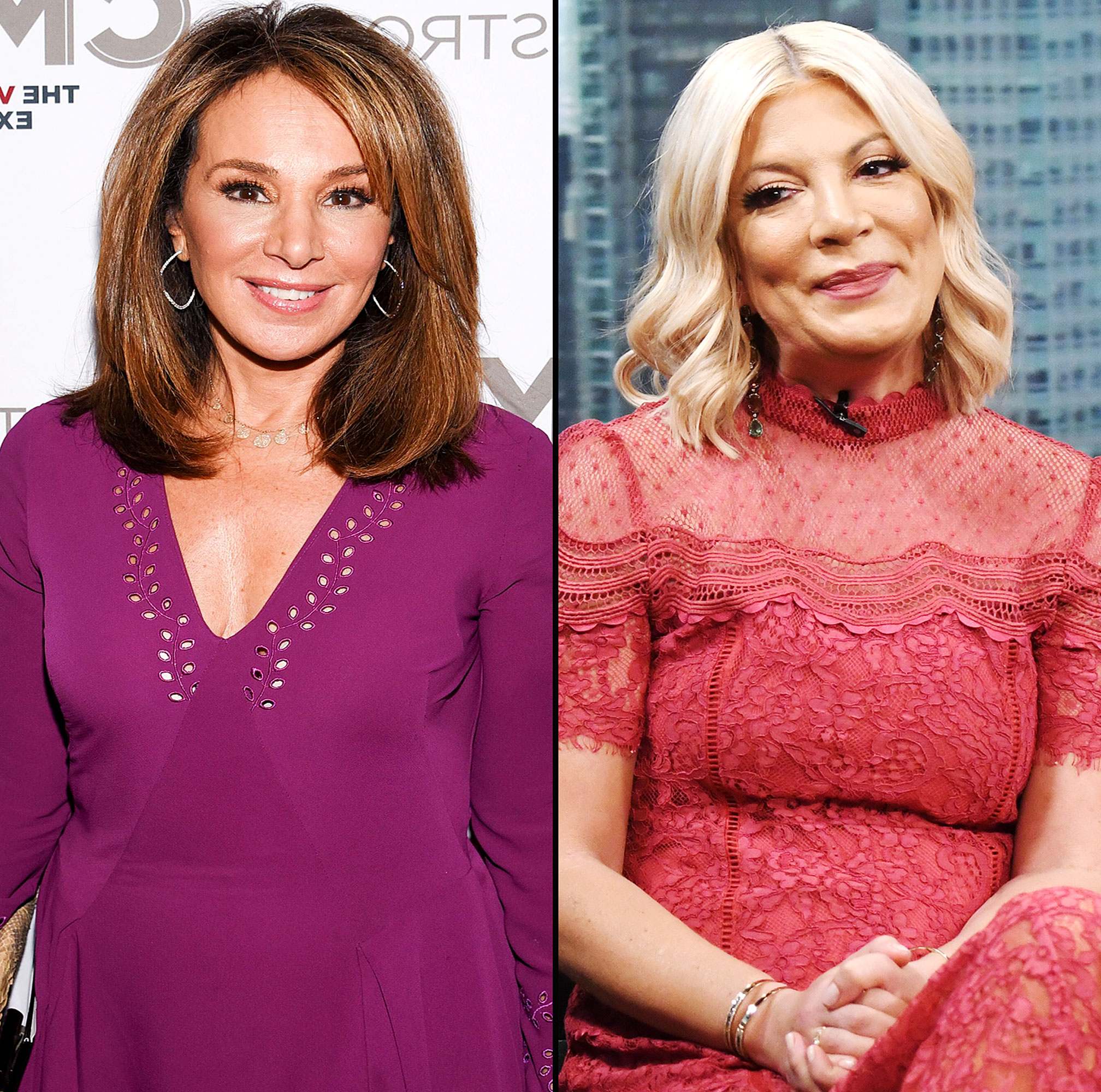 After Scotto continued to push the subject — asking Spelling if she afford to pay her bills — the sTORI Telling author awkwardly laughed before she clapped back.

“Am I able to pay my bills? Yeah, thank you. I am,” Spelling quipped, nodding her head.

The reporter then suggested that BH90210 will help put some money in Spelling’s “pocket,” which Garth called an “interesting” remark.

After the two costars looked at each other in disbelief, the True Tori alum suggested the two women write the awkward moment into season 2 of BH90210.

“I hope you have another season, that would be great,” Scotto replied.

“I know, it would be great,” Spelling fired back.

Spelling and husband Dean McDermott have made headlines for alleged money woes over the years. Most recently, the couple were served with papers in their case against City National Bank in February. According to court documents obtained by Us Weekly, Spelling and McDermott, who wed in 2006, allegedly declined to pay back a $205,000 debt. Radar Online reports that the court case was postponed in July.

After Spelling and Garth wrapped up their segment on Good Day New York, Scotto admitted on the show’s Facebook aftershow that the interview was “definitely awkward.”

“I didn’t mean it to be awkward. They are putting on a show where it’s a mockumentary and it brings up their problems — they’re real-life problems. And Tori has had — for years now, since her mother cut her out of the will — there’s been so many stories about her not having any money. I tried to see if she wanted to dispel the rumors, but she got very upset,” Scotto said. 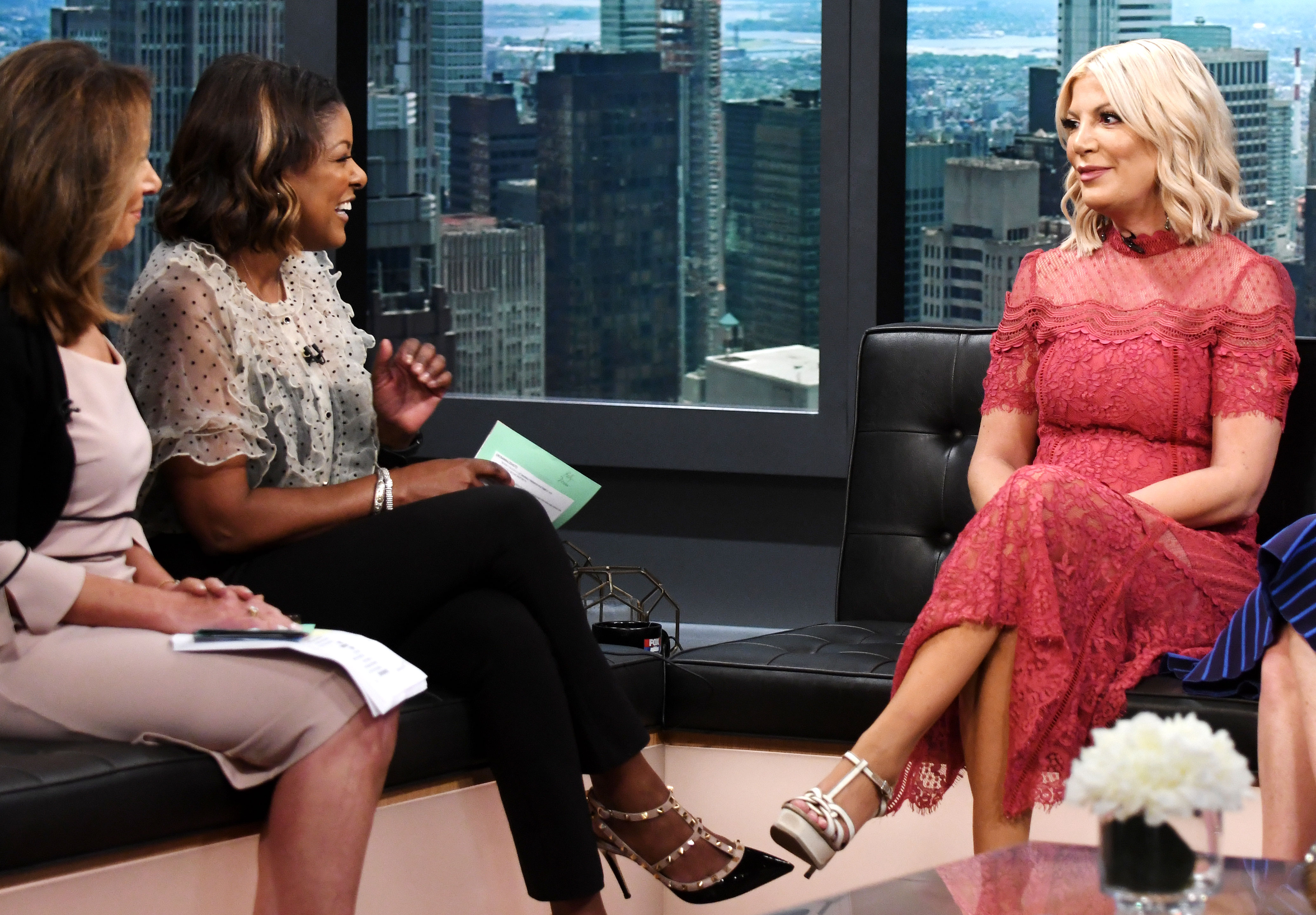 After the journalist claimed she “apologized,” she took another shot at Spelling’s finances.

“The bottom line was maybe we know too much. We know she recently sent a text to somebody saying she didn’t money to pay for her kids for food,” Scotto alleged. “What she thought by coming on a station on Fox — the show’s gonna air tomorrow night — that it should be women supporting women. … When we went to a clip of the show. She’s like, ‘I didn’t expect this from somebody from Fox.’”