Kylie Jenner broke her silence about the tragedy that occurred at boyfriend Travis Scott’s Astroworld Festival in Houston that left eight people dead.

Jenner, who is expecting her second child with Scott, took to her Instagram Story on Saturday to share her condolences with the families of the victims. She also made sure to note that Scott was not aware of the gravity of the situation happening in the crowd when he decided to continue on with the show.

“Travis and I are broken and devastated. My thoughts and prayers are with all who lost their lives, were injured or affected in anyway by yesterday’s events,” Jenner wrote in her statement.
“And also for Travis who I know cares deeply for his fans and the Houston community.”

She added: “I want to make it clear we weren’t aware of any fatalities until the news came out after the show and in no world would have continued filming or performing. I am sending my deepest condolences to all the families during this difficult time and will be praying for the healing of everyone who has been impacted.”

The crowd watches as Travis Scott performs at Astroworld Festival at NRG park on Friday, Nov.  5, 2021 in Houston. Several people died and numerous others were injured in what officials described as a surge of the crowd at the music festival while Scott was performing.
(Jamaal Ellis/Houston Chronicle via AP)

Officials declared a “mass casualty incident” just after 9 p.m. Friday during the festival attended by an estimated 50,000, Houston Fire Chief Samuel Peña told reporters at a news conference. The crowd at the event reportedly surged leading to individuals getting trampled and causing many injuries and deaths.

In the hours following the incident, a video began circulating on Twitter featuring Scott, 29, performing while police seemingly worked to resuscitate a nearby attendee.

A follow-up video shared by the same user shows other attendees chanting “stop the show” and waving their hands, seemingly attempting to get the rapper’s attention. 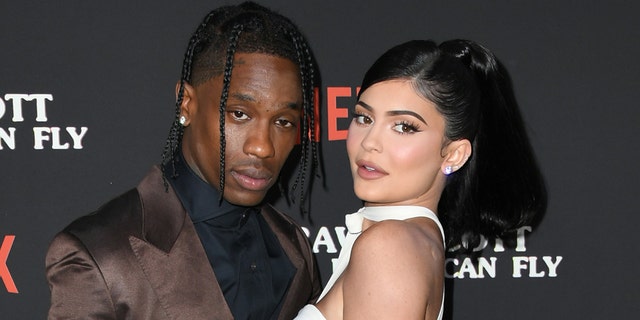 It’s unclear whether Scott heard pleas from the crowd, but he released a statement on Twitter on Saturday regarding the ordeal.

“I’m absolutely devastated by what took place last night. My prayers go out to the families and all those impacted by what happened at Astroworld Festival,” he wrote on social media.

Rapper Travis Scott was performing on stage when what authorities are calling a "mass casualty incident" occurred.
(Photo by Erika Goldring/WireImage)

“Houston PD has my total support as they continue to look into the tragic loss of life.”

“I am committed to working together with the Houston community to heal and support the families in need,” added Scott, whose real name is Jacques Bermon Webster. He concluded by thanking the first responders at the festival.